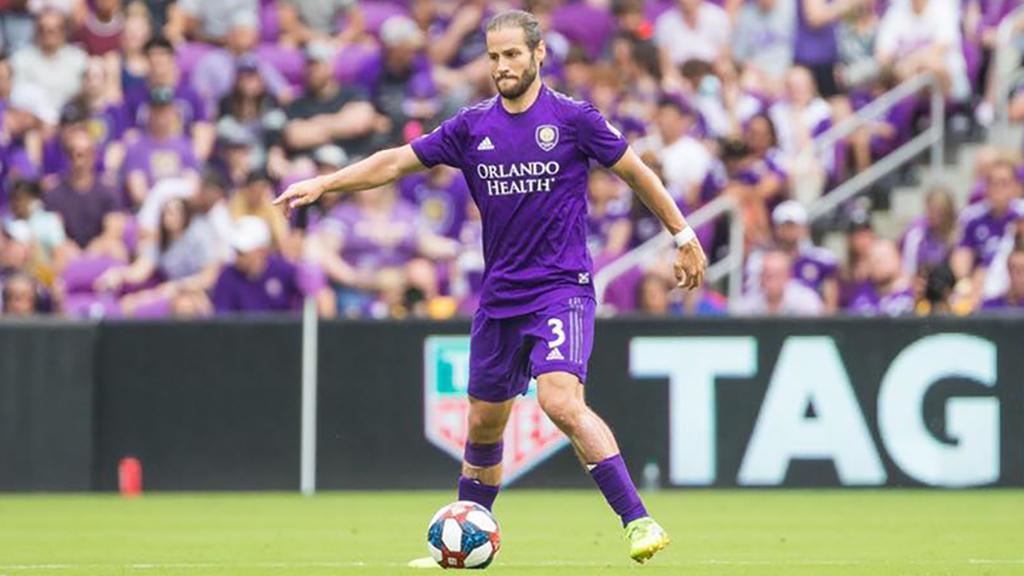 PITTSBURGH – Pittsburgh Riverhounds SC announced on Tuesday it had signed defender Alex DeJohn to a one-year contract with a club option for 2022, pending league and federation approval.

DeJohn arrived in Pittsburgh with top-flight experience from Finland, Norway, Sweden, and Major League Soccer. The 29-year-old played the last two seasons for Orlando City SC, during which the center back made 15 appearances across all competitions. Joining the Hounds will be the first stint in the USL Championship for the Marlboro, N.J., native, whose addition brings a mix of seasoned play and skill to the backline.

“Alex is an experienced pro who will bring leadership and quality to our backline,” said Hounds Head Coach Bob Lilley. “He is good in the tackle, comfortable on the ball, and plays with an edge. We are looking forward to having him represent our club for the 2021 season.”

Before joining Orlando, DeJohn played for Swedish club Dalkurd, where he made 38 appearances and scored two goals. In his first year with the club in 2017, the team placed second and won promotion to the top-tier Allsvenskan for the first time in the Dalkurd's history, which began in 2005 playing in the country's seventh tier.

DeJohn's other European stops included IK Start in the Norwegian Eliteserien in 2015-16, TPS in the Finnish Veikkauskiiga in 2014, and Ekenäs IF in the Finnish Kakkonen, where he helped the club to the promotion playoffs in 2013, his debut pro season.

Indy Eleven announced on Tuesday it had signed defender Nedeljko Malić, pending league and federation approval. The dual citizen of Bosnia & Herzegovina and Austria arrives from Austrian club Austrian side SV Mattersburg, where he spent the past 15 seasons.

“I am really proud to join the Indy Eleven family and cannot wait until I am able to arrive and start the new season,” said Malic.

After spending his youth playing days with hometown side BSK Banka Luka, Malić also represented Bosnia & Herzegovina at the Under-21 National Team level, appearing in 10 contests between 2008-09. Malić became a dual national in 2014 when he officially became an Austrian citizen, this after he had already spent nearly a decade plying his trade in his newly adopted home country.

“We are very happy to add Nedeljko Malić to our roster. He has had an outstanding career in the Austrian Bundesliga, where he was the captain and defensive linchpin for his club,” said Indy Eleven Head Coach Martin Rennie. “Nedeljko will bring defensive organization, height, and power to our team along with great leadership capabilities.”

FC Tulsa announced on Tuesday it had signed Nigerian forward Stanley Oganbor to its 2021 USL Championship roster, pending league and federation approval. Oganbor is the fifth Nigerian signed by FC Tulsa Head Coach Michael Nsien since taking the helm of the franchise prior to the 2019 season.

“Stanley is full of pace and power, and he’s a deceptive player with or without the ball,” said Nsien. “I believe his most effective position is at center forward where he’ll want to make his mark and to score goals. Stanley is electric, and the supporters will be on the edge of their seats when he’s near the goal. I’m excited to get him here and make sure he adapts properly to the way of life and the team culture in our city and with our club.”

Oganbor began his career in the third division of Nigerian soccer, the Nationwide League One, with Lagos Islanders from 2015-17. His success with his hometown club at a young age allowed the 22-year-old to move to Slovakia to play for Inter Bratislava in the 3. Liga (third division). A significant leg injury cut short his time with Bratislava, but Oganbor still managed to score four goals and two assists before getting injured.

After recovering from his leg injury, Oganbor returned to the Nationwide League One in Nigeria to play for Flight FC in 2019 and 2020.

“I am extremely excited to join FC Tulsa as a player,” said Oganbor. “I pray we'll achieve a lot together.”