Standout forward has recorded 37 goals, 20 assists in Championship during career 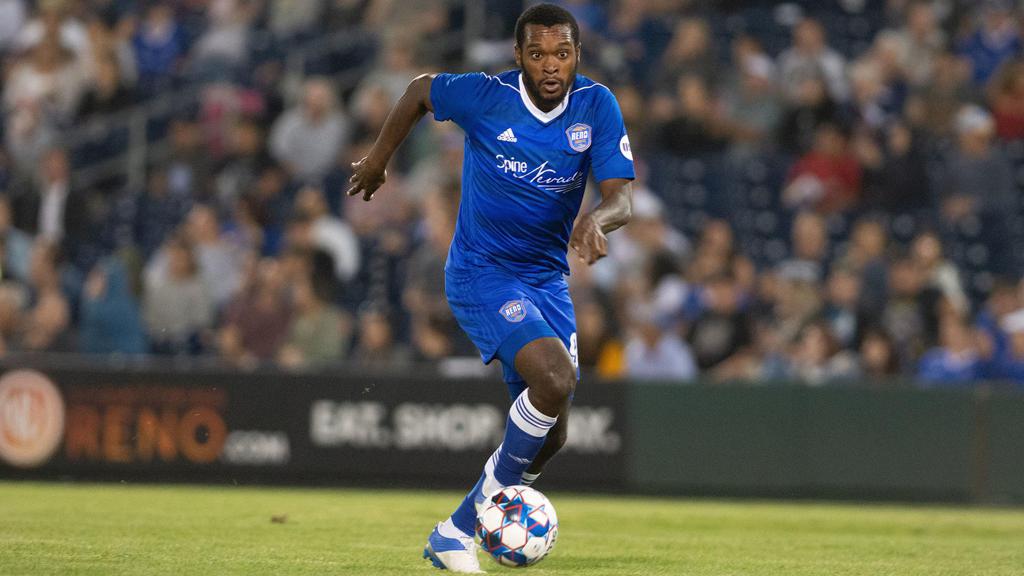 New Mexico United signing Brian Brown has made nine appearances for the Jamaica National Team and is the leading scorer in the history of Reno 1868 FC. | Photo courtesy David Calvert / Reno 1868 FC

“I had the pleasure of working with Brian in 2016, and have been waiting for the opportunity to reunite with him ever since,” said New Mexico United’s Head Coach and Technical Director Troy Lesesne. “Not only is he a lethal goalscorer, but he loves putting his teammates in goal scoring positions. I’m incredibly excited about the versatility we will have in our attack for this season.”

Brown has scored 37 goals and recorded 20 assists in the USL Championship over his career, which included 28 goals and 14 assists in two-plus seasons with Reno 1868 FC. Brown departed Reno as its leading scorer in club history following his transfer to FK Partizani in the Albanian Kategoria Superiore midway through the 2019 season.

In 2013, Brown won the Jamaican National Premier League Golden Boot, scoring 18 goals for Harbour View. In addition to his club accolades, Brown has represented the Jamaican National Team nine times, scoring his first goal for the Reggae Boyz in September of 2019 against Antigua and Barbuda in the Concacaf Nations League.