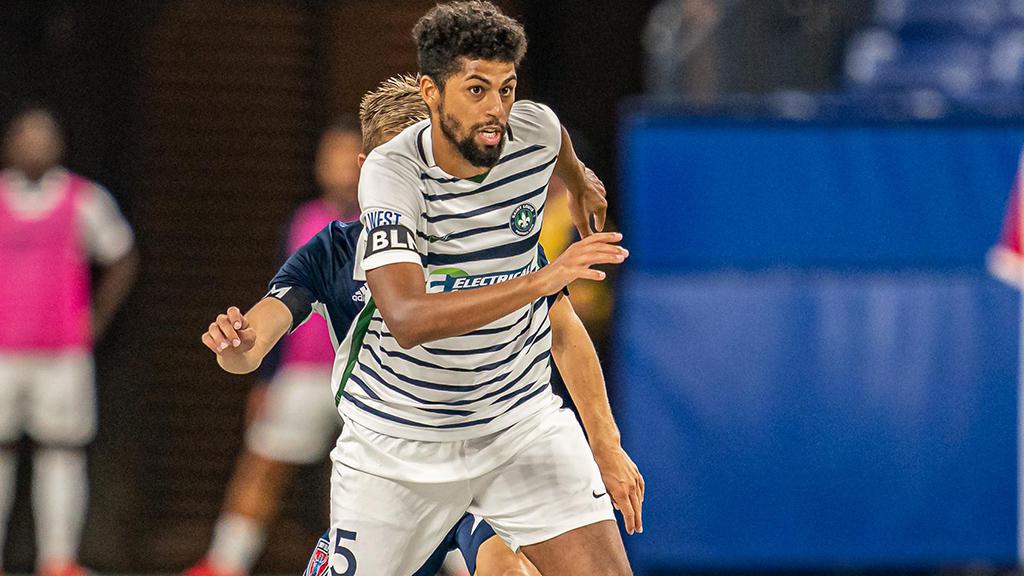 New Oakland Roots SC signing Wal Fall has made 118 regular-season appearances in the Championship since arriving in the league prior to the 2016 season. | Photo courtesy Matt Scholtzhauer / Indy Eleven

Fall most recently featured for Saint Louis FC in the USL Championship, where he helped lead the side to the 2020 USL Championship Playoffs with two goals, three assists while recording 18 interceptions and winning 15 of 19 tackles and 15 chances created.

Prior to competing for Saint Louis, Fall featured in the Championship for Ottawa Fury FC alongside current Roots assistant coach Nana Attakora, and also spent two seasons with the Rochester Rhinos. In each of his five seasons competing in the Championship, Fall has helped his side reach the USL Championship Playoffs, and has recorded 118 regular-season appearances, 28 goals and 10 assists.

“We are thrilled to welcome Wal to the Roots Family,” said Roots Technical Director Jordan Ferrell. “Wal has a proven track record in this league as a dominant midfielder at the center of perennial playoff teams. His personality and drive to win will be important in building the culture we want here in Oakland.”

Before arriving in the Championship, Fall played mostly in the German and Austrian lower leagues including stops in Wiesbaden, Nuremberg, Mannheim and Lustenau, before the Rhinos brought him to Rochester.

“I’m excited to start a new journey with such an exciting and fan community,” said Fall. “We’re ready to win and make you proud. I’ll see you guys soon in Oakland.”