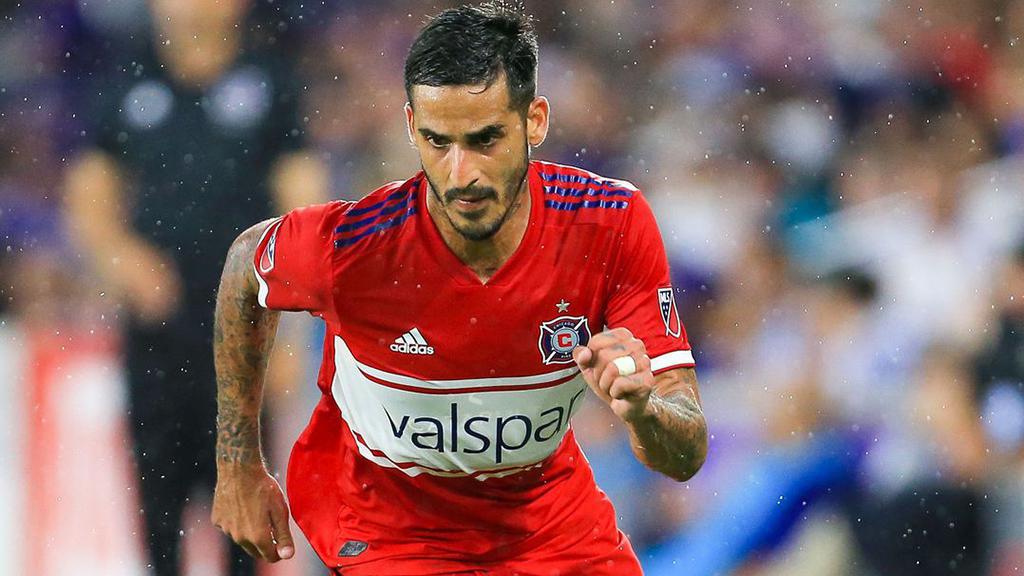 Cuban defender Jorge Corrales made 50 appearances in Major League Soccer over the past three seasons, but now is set to return for a second spell at FC Tulsa.

TULSA, Okla. – FC Tulsa welcomed back another familiar face on Thursday as the club announced the signing of Cuban defender Jorge Corrales for the 2021 USL Championship season, pending league and federation approval.

Corrales is familiar to the club, starring for Tulsa in 2017 before earning a move to Major League Soccer where he spent the last three seasons playing for Chicago Fire FC and Club de Foot Montréal. The 29-year-old is one of four members of FC Tulsa’s 2021 roster who were teammates the 2017 Tulsa side that reached the USL Championship Playoffs, joining fellow defenders Bradley Bourgeois and Mo Jadama and forward Joaquín Rivas. Like Corrales, Jadama and Rivas returned to the club this offseason.

“Jorge is the example of hard work and humility,” said FC Tulsa Head Coach Michael Nsien. “From my first experience working with Jorge in 2017, I remember a person that worked so hard every day to improve his overall game. Jorge is still playing at an extremely high level. The fact that he wants to be back in Tulsa, speaks volumes to this club and this city. With Jorge, not only do we bring back one of the most talented players in the club’s history, but we bring back a leader, and someone who loves this city, this club and who has an objective to lift a trophy.”

The Cuban international had a breakout campaign for then-Tulsa Roughnecks FC in 2017, playing 30 matches with 28 starts to help lead the club to a USL Championship Playoff berth. During that 2017 season, Corrales scored a goal and added two assists before signing an MLS contract with Chicago Fire FC in September of that season. He was loaned back to Tulsa where he finished the season before embarking on his MLS career.

“I’m excited to be in Tulsa again and represent the city that made me enjoy soccer,” said Corrales. “Playing for Tulsa is an honor and was a big part of my life already. It’s a beautiful city that is growing, and moving back here makes everything else seem easy.”

Corrales spent 2018 and the first half of 2019 in Chicago before a midseason trade to CF Montréal where he played the second half of 2019 and 2020. In his three MLS seasons, Corrales made 48 regular season appearances, three CONCACAF Champions League appearances and one MLS Cup Playoffs appearance in 2020 with Montréal. He also helped Montréal lift the Canadian Championship trophy in 2019.

Prior to his move to play in the U.S., Corrales suited up for the Cuban national team, making 34 appearances for his country. He competed in several World Cup qualifiers, the 2013 and 2015 CONCACAF Gold Cups and won the 2012 Caribbean Cup with Cuba.