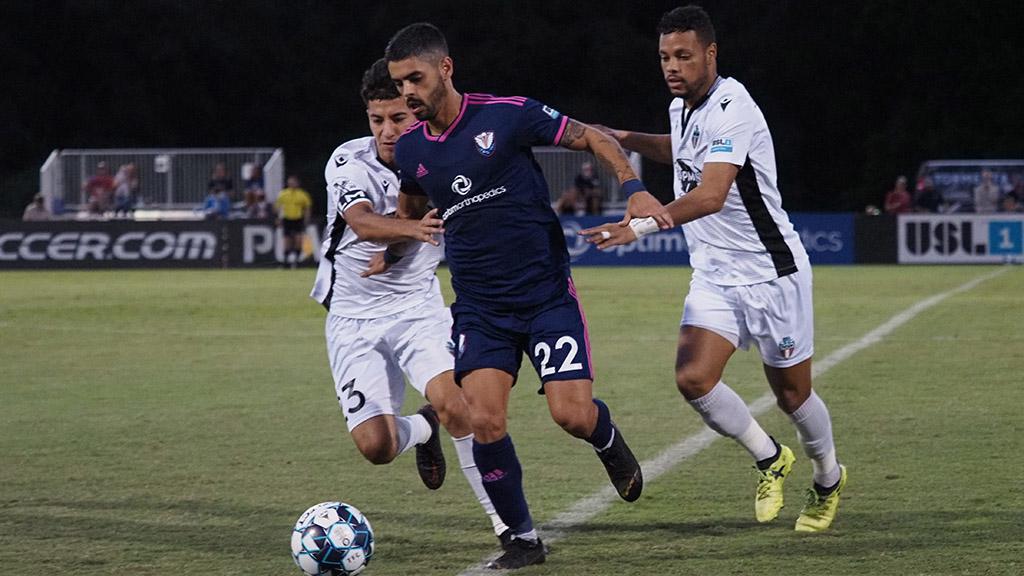 “I’m very familiar with Lucas and all of the qualities he has as a footballer,” said FC Tulsa Head Coach Michael Nsien. “He’s a dual threat as a dribbling and passing attacking midfield player and is the modern prototype of midfielder who can also make plays from wide positions as well, so we are glad to bring him into our club. Lucas also has a trait we are looking for in all of our returning players, and new additions – he has a big appetite to succeed. His character and attitude are right for him to be a good fit for FC Tulsa.”

Over the past two seasons, Coutinho was an offensive creator for Tormenta, racking up three goals and four assists over 25 league appearances. He seemed on track for even bigger numbers in his rookie season, scoring three goals and two assists in his first 16 matches of the 2019 campaign but his campaign was cut short when he suffered a severe head injury due to an on-field collision midway through a match on August 17 that saw the Brazilian fall into a coma which lasted five days.

Missing the rest of the 2019 season, Coutinho relearned basic motor functions and eventually got back training on a soccer pitch at the beginning of 2020. He made his return to Tormenta’s lineup on July 26, 2020, nearly one year after injury. Despite playing just 277 minutes in 2020, Coutinho tied for the club lead with two assists and created 10 chances in his limited minutes, proving to himself and the rest of the soccer world that his talent hadn’t gone anywhere.

“It means the world to me [to sign with FC Tulsa],” said Coutinho. “It gives me an opportunity to continue doing what I love day in and day out. Most of all, it challenges me as a player to continue to compete in a league with so much talent. To me that is really exciting. I can’t wait to see my growth over the course of the season.”

The Charlotte Independence announced on Tuesday the club had re-signed defender Clay Dimick for the 2021 USL Championship season, pending league and federation approval.

Dimick has made 20 appearances for the Independence across all competitions, starting 11 times and playing 1,190 minutes. In 2020, the defender saw action in 13 Championship regular season contests, seven of which came as starts, and helped the Independence host its first home playoff match in club history.

“I’m so excited to be back and stay in Charlotte which is a city that now feels like home to me,” said Dimick. “Playing for a coaching staff that has seen me develop over the past two seasons and believes in me goes a long way. I just want to do whatever it takes to help the club win games and a championship.”

Dimick originally signed with the Independence on June 20, 2019 and made his professional debut for the Jacks on September 7, 2019, appearing as an 83rd-minute substitute against the Tampa Bay Rowdies. A former standout in USL League Two for the Charlotte Eagles and West Virginia Alliance FC, Dimick also competed in Australia following his college career at Belmont Abbey College.

“We are very excited to have Clay back in the squad for another year,” said Independence Head Coach Mike Jeffries. “His versatility allows us to play in a couple of different systems, has a great work rate, and has made tremendous improvements since he got into our environment. He just has a winning mentality that makes himself better and the team better.”

OKC Energy FC announced on Tuesday it had re-signed Welsh midfielder Jonathan Brown for his fifth season with the club, pending league and federation approval.

A native of Bridgend, Wales, Brown played for his country’s U-21 national team after coming through the ranks at Cardiff City, where he signed his first professional contract. Additionally, he spent time on loan with fellow Welsh club Wrexham early in his career before venturing overseas for stops in Australia and Thailand before joining Energy FC in 2017.