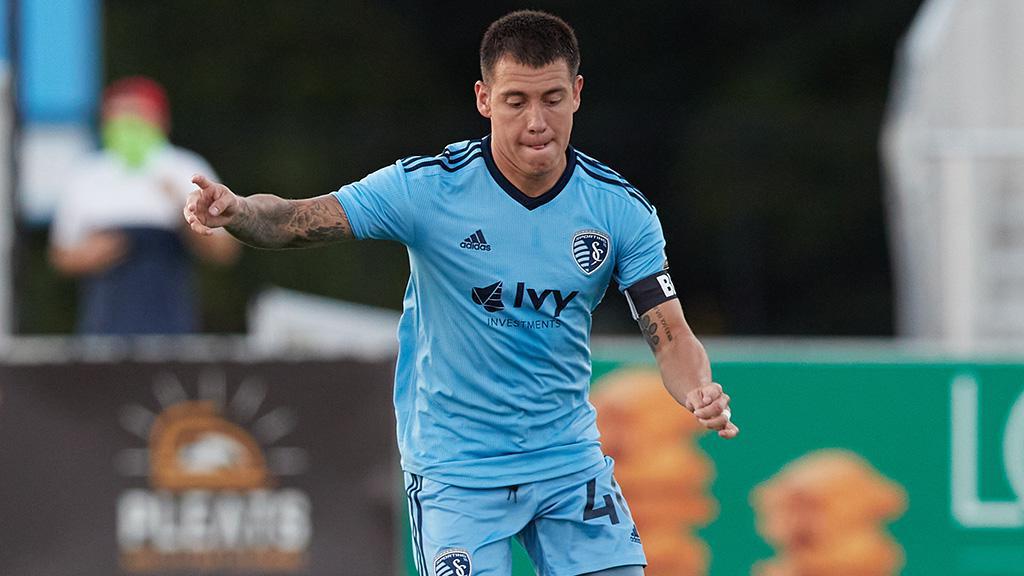 Colorado native Dillon Serna has made more than 100 appearances in Major League Soccer as he returns to his home state to compete for Colorado Springs Switchbacks FC. | Photo courtesy Saint Louis FC

Serna brings seven seasons and more than 100 appearances in Major League Soccer to Weidner Field, having previously competed for the Colorado Rapids. Serna signed with the Rapids in 2013 as a Homegrown Player after playing one season at the University of Akron and recorded 12 goals and seven assists in all competitions with the Rapids (2013-2019) while being played as a defender and a midfielder.

“I'm very excited to be joining this club,” said Serna. “"They are doing some very exciting things this year with a new stadium, a new coach, and the players they are bringing in. I can't wait to meet the guys and get started.”

Serna's versatility has allowed him to represent the U.S. at the U-17, U-20 and U-23 youth levels, including playing at the CONCACAF U-17 Championship and the 2011 FIFA U-17 World Cup in Mexico. He went on to play for the U.S. U-23s in Olympic Qualifying in 2015 and 2016, while earning his first senior national team call-up to the annual January Camp in 2015. This past season, the 26-year-old made 15 appearances for Sporting Kansas City II in the Championship, where he led the side with four assists.

“Over 100 games of MLS experience is certainly eye-catching,” said Switchbacks Head Coach Brendan Burke. “Dillon has earned that at a young age, he is a good attacking option from multiple positions and a player that our entire staff are excited to work with in 2021.”

Orange County SC announced today that the club has signed top USL goalkeeper, Abraham Romero. Pending league and federation approval, Romero will be the seventh offseason addition for County and will join the club ahead of the 2021 campaign.

“We are delighted to add another local Southern California standout player to our roster,” said OCSC President of Soccer Operations Oliver Wyss. “Abraham has represented both the United States and Mexican Youth National Teams and despite only being 22 years old, already has a wealth of experience at his position. We are excited to see him continue to develop in our structure and take his game to the next level.”

Romero made 16 appearances for LA Galaxy II during the 2020 season and finished with the second-most saves in the USL Championship with 64. The 22-year-old had previously graduated from the LA Galaxy Academy in 2016 and signed with Liga MX side, CF Pachuca. For two seasons, Romero was a regular starter on Pachuca’s U20 squad. In January of 2019, Romero returned to the Galaxy to play for Galaxy II.

“I am very excited to start working with Abraham. He is a player that I have known about for many years here in So Cal,” said OCSC Head Coach Braeden Cloutier. “He is a very talented young goalkeeper that has a bright future ahead of him.”

Internationally, Romero has been a member of both the United States and Mexico’s youth national team system. After competing for the U.S. U-15 National Team in 2013, Romero elected to compete for Mexico, and subsequently earned the starting spot in the 2015 FIFA U-17 World Cup in Chile and the 2017 U-20 World Cup in South Korea. Romero helped lead Mexico to a fourth-place finish in Chile and to the Quarterfinals in South Korea.

FC Tulsa announced on Wednesday it had signed former Chattanooga Red Wolves SC defender Leo Folla for the 2021 season, pending league and federation approval. Folla is the latest former League One player to make the move into the Championship with Tulsa.

The 25-year-old defender spent the past two seasons in Chattanooga where he was a fixture on the Red Wolves’ backline. Folla made 15 starts in 2019 before a career year in 2020 that saw him appear in 15 of 16 regular season games and make 14 starts. Overall in Chattanooga, Folla led the Red Wolves in clearances and ranked second in interceptions, anchoring the league’s fourth-best defense.

“Leo has a great level of comfort with the ball,” said FC Tulsa Head Coach Michael Nsien. “He’s an aggressive ball-winner, that takes his matchups personally. Leo embodies everything we want our club to represent. He is as hardworking and professional as they come and has all of the qualities to play at the USL Championship level. I know he will make the most of his opportunity with the club, and we are very happy to have Leo on our side this year.”

Folla was the captain in a highly successful collegiate career at Saint Francis College in Brooklyn, where he attended his sophomore, junior and senior seasons. In his final two collegiate seasons, the Terriers were crowned the Northeast Conference regular season and tournament champions, securing NCAA Tournament berths in 2016 and 2017. Saint Francis didn’t lose a conference match in those two campaigns and only allowed three total conference goals over that span. He also has an offensive component to his game, contributing five goals in his collegiate career.

“Signing with FC Tulsa is a huge step forward in my career,” said Folla. “The club is very ambitious and looks to challenge on all fronts for 2021 and the seasons that follow. I'm proud to say that I'm excited to match that ambition and success on the pitch.”