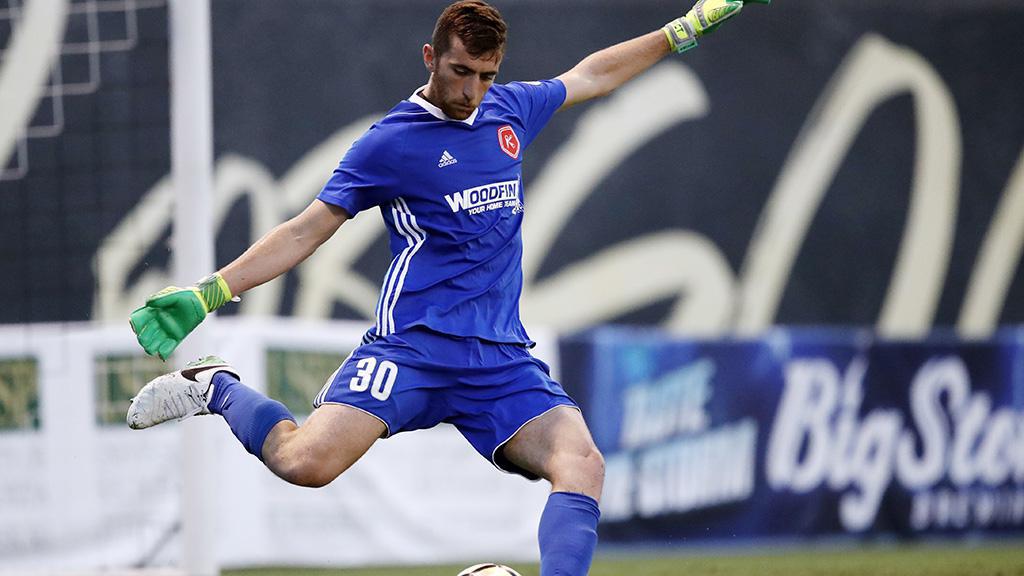 Goalkeeper Matt Turner made 27 appearances on loan with the Richmond Kickers in 2016 and 2017. On Sunday, he's in line to make his first appearance for the United States Men's National Team. | Photo courtesy Matt May / Tampa Bay Rowdies

Ten players will be looking for their first cap for the United States Men’s National Team this Sunday as the side takes on Trinidad & Tobago at Exploria Stadium in Orlando, Fla.

While some of those potential debutants ascended through the U.S. youth national team ranks before getting their chance with the Senior team, that’s certainly not the case for goalkeeper Matt Turner, who – should he earn the start ahead of JT Marcinkowski and Matt Freese between the sticks – would don his country’s colors for the first time, period.

Signed by the New England Revolution after competing at Fairfield College and competing in USL League Two for the Jersey Express after going unselected in the 2016 MLS SuperDraft, Turner’s time on loan with the Richmond Kickers during the 2016 and 2017 USL Championship seasons – where he made 27 appearances, recorded 81 saves and posted seven shutouts – helped pave his way to the success he has found since.

For someone who’s path in the game was initially inspired by watching Memphis 901 FC Sporting Director Tim Howard’s and the rest of the USMNT squad at the 2010 FIFA World Cup, the goal over the past two weeks has been to show he’s now ready for the international stage.

“[I’m] making sure that I show the coaching staff, if that opportunity presents itself, that I'm somebody that they can rely on at the international stage,” Turner told MLSSoccer.com’s Charles Boehm this week. “Honestly, after that is when I'll be able to reflect on my journey and reflect on how much it really has meant to me to become a player for this US men’s national team, if the time comes.

“The reason I got into soccer in the first place was because of the [USMNT’s] World Cup run in 2010. It's something that's always been so special to me, and it's what ignited me to become passionate about this game. And 11 years later, to be able to have the chance, even, to wear the crest on a match day is nothing short of a dream come true.” 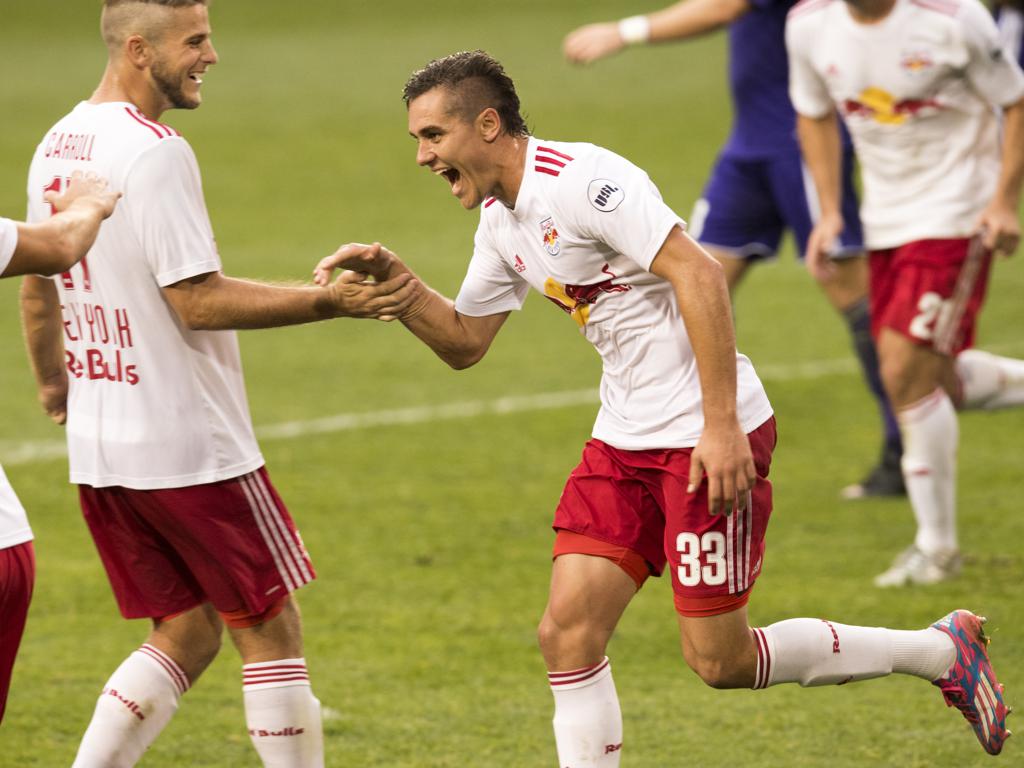 Tanner Tessmann, meanwhile, has made 14 appearances in USL League One for North Texas SC since making the move up from the FC Dallas Academy, while Orlando City SC’s Chris Mueller, Daryl Dike and Benji Michel all competed in USL League Two, as did the Chicago Fire’s Mauricio Pineda.

Overall, 80 percent of the final USMNT squad this January has seen senior team action in the USL’s three divisions, with many others part of the larger camp that featured a cadre of players eligible for the USMNT U-23 squad preparing for Olympic Qualifying in March.

Turner’s path, meanwhile, bears more than a resemblance to that of now USMNT teammate Aaron Long, who made 55 regular-season appearances at a variety of clubs before breaking through for the title-winning New York Red Bulls II side in 2016. Now both players are key figures for the Revolution and Red Bulls in MLS – Turner was nominated for the league’s Goalkeeper of the Year award in 2020, Long was voted Defender of the Year in 2019 – as well as in the discussion for the next players that might make the move to Europe, with Long having taken the captain’s armband at times during his 18 caps for his country.

With other Championship and League One alumni such as Brenden Aaronson (FC Red Bull Salzburg) and Mark McKenzie (KRC Genk) now joining the likes of Tyler Adams (RB Leipzig) and Zack Steffen (Manchester City), and others rumored to follow including former North Texas standout Bryan Reynolds – called into camp but released as a likely transfer to Serie A is concluded – the platform the USL continues to provide domestic players remains in full evidence.