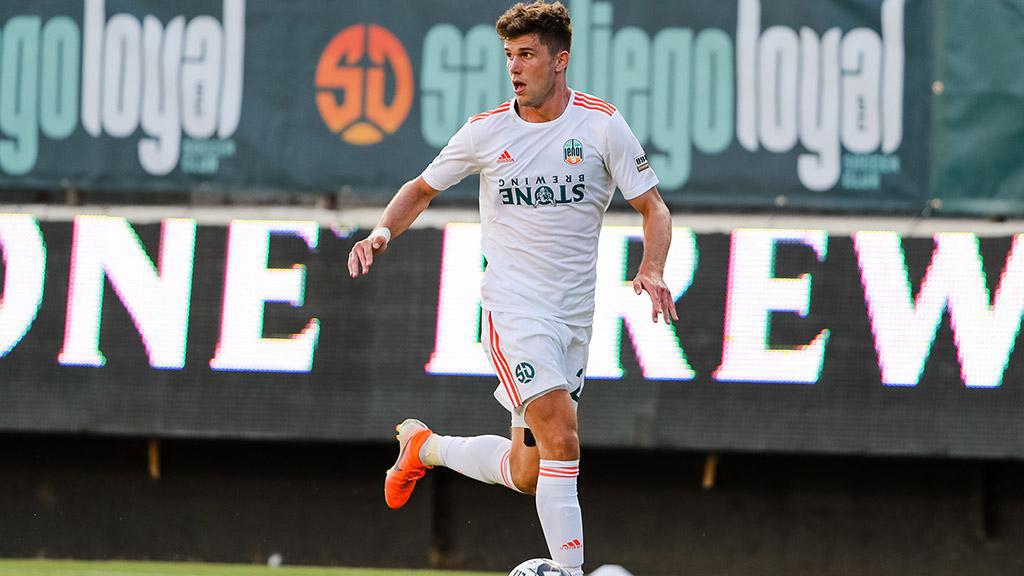 “Ben and Morgan are an integral part of our club in every way,” said SD Loyal EVP of Soccer Operations and First Team Manager Landon Donovan. “They are invaluable members of our team on the field and revered off the field. We are ecstatic to have them both back for 2021 and look forward to working with them again.”

Hackworth made seven appearances, logging 375 minutes for SD Loyal in its inaugural season. The 24-year-old made his debut for the club on July 25, 2020 against Las Vegas Lights FC before consistently being on the active roster and ending the season with four consecutive starts. Prior to his making his mark with SD Loyal, Hackworth played for Memphis 901 FC in the Championship. He is the son of former soccer player and current Louisville City FC Head Coach, John Hackworth.

“Jay Tee is an exciting and creative young player,” said LouCity’s Head Coach and Sporting Director John Hackworth. “He trialed with us last summer, impressing our staff and players with his skill, imagination and explosiveness. We know he comes from an excellent academy background and look forward to watching him develop at the professional level.”

Kamara is a young talent who sees himself one day playing in Europe. Efforts to bring him to America were sparked three years ago as he came up through his local club, Alaska FC. Kamara was called in to represent the West Africa nation Sierra Leone at a U20 tournament in Liberia where his agent, Jordie Isen, said, “Jay Tee was the talk of the town.”

The move worked out, as Kamara's now the eighth player this school year to sign a professional contract out of the Soccer Institute at Montverde Academy. Before last year’s visit to Louisville, Kamara also went on trial with a first division club in Denmark, but momentum slowed as the COVID-19 pandemic put a pause on soccer last spring.

“He’s a lovely person and, talent-wise, he’s very unique with his ability,” said Montverde coach Mike Potempa. “I believe he’ll do really, really well once he earns his opportunity at Louisville City FC. This is player who after one or two years should have interest from big clubs. He’s an exciting talent to watch.”

Real Monarchs SLC announced on Tuesday it had signed Colombian forward Juan Vidal from CF Barranquilla ahead of the 2021 season, pending league and federation approval, as well as the receipt of a P-1 visa. The terms of the signing have not been disclosed.

“We are excited to welcome a young and creative attacking player like Juan to our Club,” said Real Salt Lake Assistant General Manager Tony Beltran. “His addition to the Monarchs roster provides an opportunity for his continued development under the tutelage of our Monarchs staff. We look forward to seeing Juan play and progress as a professional in 2021.”

Vidal joins the Monarchs from CF Barranquilla of the Colombian Categoria Premera B. At the international level, the 20-year-old has made several appearances at the youth level for Colombia. The forward was part of the 2017 FIFA U-17 World Cup squad that advanced to the Round of 16, alongside Monarchs teammate Brayan Gomez. Additionally, Vidal headed home the opening goal against the United States in the tournament’s group stage, paving the way for Colombia’s 3-1 victory.