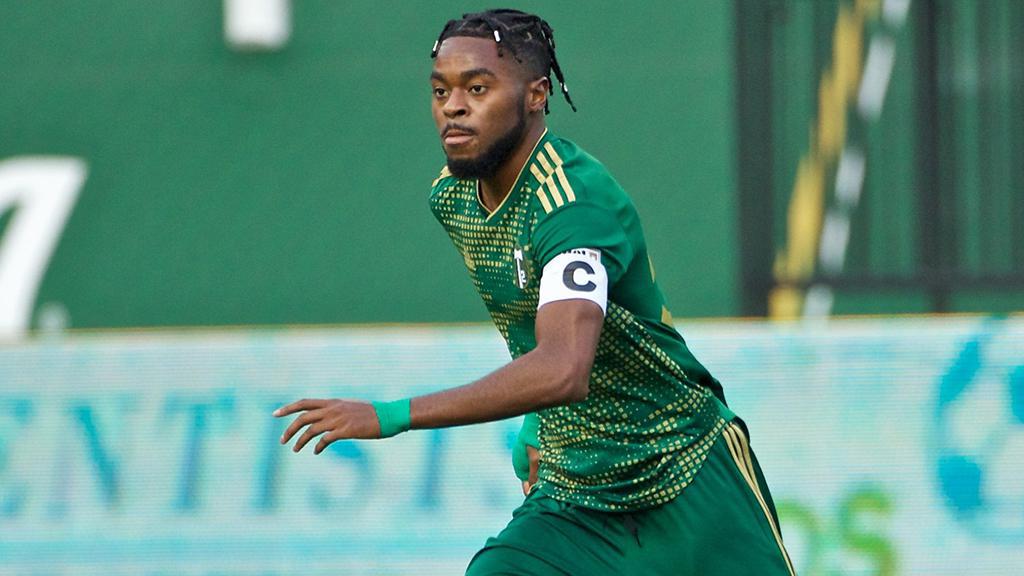 SAN ANTONIO – San Antonio FC announced on Friday it had signed midfielder Marcus Epps for the 2021 USL Championship season, pending league and federation approval. Per club policy, terms of the deal were not disclosed.

“We are excited to welcome Marcus Epps to the SAFC family,” said SAFC Head Coach Alen Marcina. “Marcus is a dynamic attacking talent who is among the league leaders in one vs. one attacking duals. He demonstrates a strong work ethic, is committed to growth as a player, and brings MLS experience to the team. Marcus possesses game-changing abilities coupled with the dedication to all pressing actions.”

Epps comes to San Antonio after spending the 2020 season with the Portland Timbers 2. In 13 matches last year, Epps recorded four goals, 13 key passes and 97 duels won in 1,120 minutes. Prior to his time with T2, Epps played for the New York Red Bulls (MLS) in 2019 where he made three appearances before loan stints with both Red Bulls II and Memphis 901 FC. In 33 USL Championship games in 2019, Epps compiled 2,526 minutes while adding five goals, four assists, 40 key passes and 228 duels won.

Originally drafted 25th overall by the Philadelphia Union in the 2017 MLS SuperDraft, Epps spent the first two seasons of his career with the Union and the Union’s USL Championship affiliate. Over his professional career, the 25-year-old has appeared in over 100 matches between MLS and the Championship, compiling 7,000-plus minutes and adding 15-plus goals.

“I am very happy with my decision to join an organization like San Antonio FC,” said Epps. “They do a wonderful job of providing a professional environment and competitive culture for players to develop and excel. I look forward to building on the success of previous years, as well as producing a successful 2021 season. I cannot wait to join the staff and my teammates and get to work.”

Hartford Adds to Back Line with Arrival of Janjigian

Hartford Athletic announced on Friday it had signed defender Thomas Janjigian pending league and federation approval. The California native is the 10th player signed for the 2021 season.

Janjigian joins Hartford after spending the past four seasons with Reno 1868 FC. He made 61 appearances, recording 212 clearances, 31 blocks, and 103 interceptions while playing mostly center back for the Western Conference club. Last season was one of his strongest, starting 16 of 18 matches while leading the club in Clearances, Aerial Duels, Long Passes, and Long Pass accuracy.

The 26-year-old is the second player signed from Reno 1868 FC, who were winners of the Western Conference’s Group A with 36 points and a goal differential of +22 in the 2020 Championship season. Last month, Hartford Athletic also announced the signing of his former teammate, versatile defender Younes Boudadi, who played his rookie season in Reno in 2020.

The Miami FC announced on Friday another addition to its attack with the signing of Canadian forward Adonijah Reid, pending league and federation approval. Born in Brampton, Ontario, Reid most recently played in France’s Ligue 2 club Le Havre AC.

“Adonijah is a young player who we believe has huge potential,” said Miami Technical Director and Head Coach Paul Dalglish. “He has creativity both 1v1 and with the final pass, while also having great finishing abilities. When we worked together in Ottawa, there were days when he did things in training that blew everyone away. I have no doubt he will fulfill his potential in our environment.”

Reid was drafted by Major League Soccer’s FC Dallas in the Second Round of the 2017 MLS SuperDraft after signing a Generation adidas contract with the league. Prior to joining Dallas, Reid enjoyed success at ANB Futbol in League1 Ontario, scoring 20 goals in 20 matches as a 16-year-old.

Reid went on loan to former USL Championship side Ottawa Fury FC, who was coached by Dalglish at the time. The Canadian winger made 12 appearances that season, while scoring one goal. His time at Ottawa in 2017 convinced the Fury to extend his loan through the 2018 USL Championship season. That season, Reid was able to gain more confidence racking up 29 league appearances while scoring four goals and recording one assists. Reid also played in four Canadian Championship matches in 2018, where Ottawa reached the Semifinals.

Reid departed FC Dallas after the 2018 season and announced he would join Le Havre AC in January 2019. He made four appearances for Le Havre II, the club’s reserve side, during the 2019 season.

The winger has spent time with Canada’s youth national team, being invited in January 2018 to the U23 camp as they prepared for their qualifying matches for the 2020 Summer Olympics. Later that year, Reid was called up to the U20 national side that competed in the 2018 CONCACAF U-20 Championship. During that tournament, Reid made five appearances, scoring one goal and adding two assists.