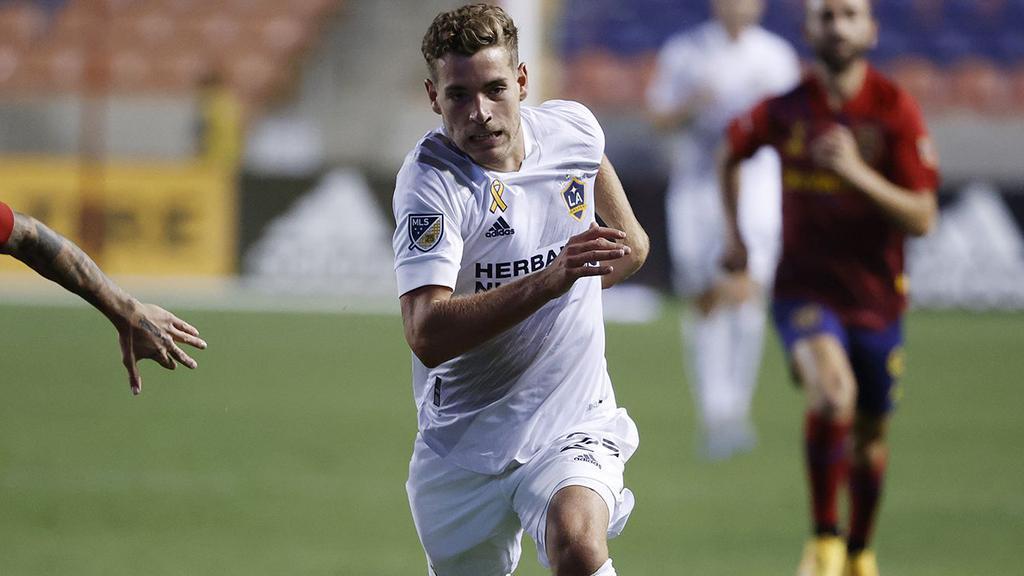 New San Antonio FC signing Emil Cuello has spend the past two seasons with the LA Galaxy after being selected in the First Round of the 2019 MLS SuperDraft.

“We are thrilled to welcome Emil Cuello to the SAFC family,” said SAFC Head Coach Alen Marcina. “Emil is a very technical attacking midfielder who brings MLS experience in his young career. Emil exhibits a growth mindset, is hard-working, ultra-competitive, and has the skillset to create goal-scoring opportunities for himself and his teammates. He holds a very high upside with the qualities to be a prominent player in the USL Championship.”

Cuello joins San Antonio from the LA Galaxy where he has played since the start of the 2019 season. In two seasons with the Galaxy, Cuello made 24 appearances in all competitions, including 11 last campaign. In addition, Cuello spent time with the LA Galaxy II in 2019, making six appearances while compiling 520 minutes and creating 16 chances in the USL Championship. The 24-year-old was originally drafted by the Galaxy in the first round (19th overall) of the 2019 MLS SuperDraft.

“I am beyond grateful for the opportunity to represent this club,” said Cuello. “I am ready to give my all for these colors.”

Born in Argentina, Cuello attended college in Texas at Southern Methodist University from 2015-18. The midfielder scored 12 goals in 72 appearances as a Mustang, earning multiple honors including AAC All-Rookie Team, AAC Most Outstanding Offensive Player, AAC First-Team All American and the MVP of the 2018 AAC tournament. During his time in college, Cuello also played for the Ocean City Nor’easters of USL League Two during the 2016 season.

Mfeka most recently featured for Reno 1868 FC in the Championship. Previously drafted by the San Jose Earthquakes in 2017, Mfeka spent his first season on loan in Reno after making one MLS appearance as a rookie. Mfeka signed with Reno the following offseason and spent the following two seasons at the club tallying 14 goals in 67 league appearances.

“Lindo’s experience and personality is a welcome addition to our squad,” said Roots Technical Director Jordan Ferrell. “He’s proven his ability as a locus for quality chances and as an integral part of a perennial play-off team in the USL. We look forward to seeing Lindo unlock opposing defenses with his quality under the lights at Laney.”

Mfeka played his college soccer at the University of South Florida, where he was named to the All-American Athletic Conference First Team on three occasions between 2014-16. He was also named to the United Soccer Coaches Second Team All-East Region Team in 2016.

Thompson led Sporting KC II goalkeepers during the shortened 2020 campaign with 26 saves and a 1.17 goals-against average in six matches. The 18-year-old posted a career-high nine saves in his 2020 debut on July 18 at Indy Eleven, including one that placed second in the USL Championship Fans’ Choice Save of the Year voting.

Thompson earned his first professional clean sheet two weeks later against the same team, saving four shots in a 1-0 win to land USL Championship Team of the Week honors. Thompson collected his second victory of the season by making another four saves in a 2-1 result at FC Tulsa on Aug. 29.

After logging two preseason appearances for the Sporting KC first team in early 2019, Thompson made his jump to the USL Championship in March of that year. At 16, he became the youngest professional signing in Sporting KC II history and claimed victory in his pro debut against Hartford Athletic on July 17, 2019, at Children’s Mercy Park.