Midfielder makes homecoming after success with Reno in 2020 Championship season 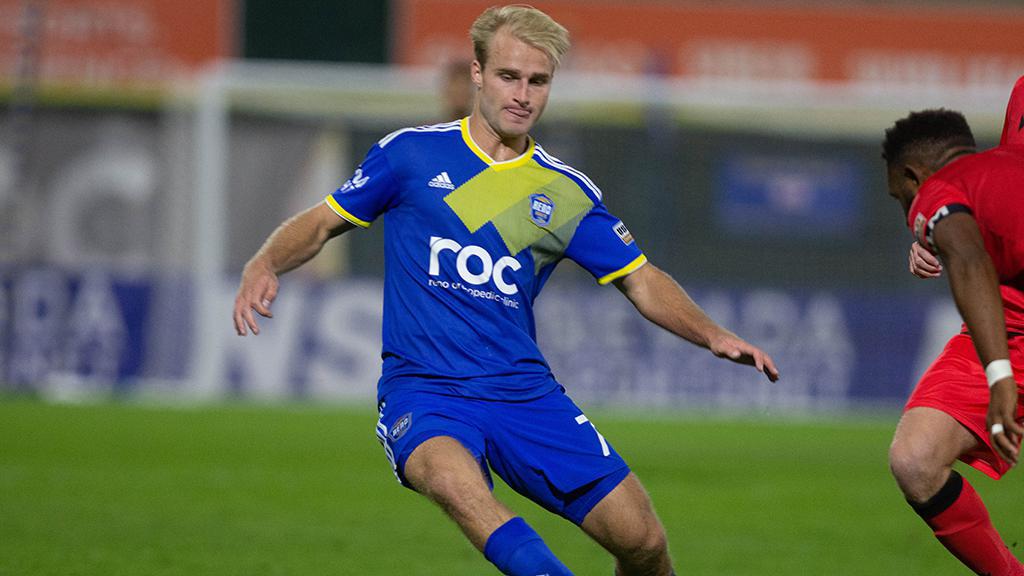 Sacramento Republic FC announced on Tuesday it had signed the midfielder ahead of the 2021 USL Championship season, pending league and federation approval. Per club policy, the terms of the contract were not disclosed.

“Tucker’s team-first mentality and tenacity add another dangerous player to our attacking group,” said Republic FC General Manager Todd Dunivant. “He’s a dynamic and versatile player that is one of Sacramento’s own, and we are excited to welcome him home.”

Bone was a two-sport letterman at Jesuit High School in Carmichael and played for area youth clubs, Placer United and Sacramento United before earning First Team All-America honors at the Air Force Academy collegiately. The 24-year-old joins Republic FC having spent the past two seasons in the Championship with Reno 1868 FC and Colorado Springs Switchbacks FC, where he made 32 appearances across the regular season and playoffs and notched five goals and two assists.

Bone had previously been selected with the No. pick in in the 2019 MLS SuperDraft by Seattle Sounders FC after a decorated four-year collegiate career for Air Force. In addition to his All-America honors, Bone was a two-time MAC Hermann Trophy Semifinalist, and earned Western Athletic Conference Offensive Player of the Year accolades in his senior season.