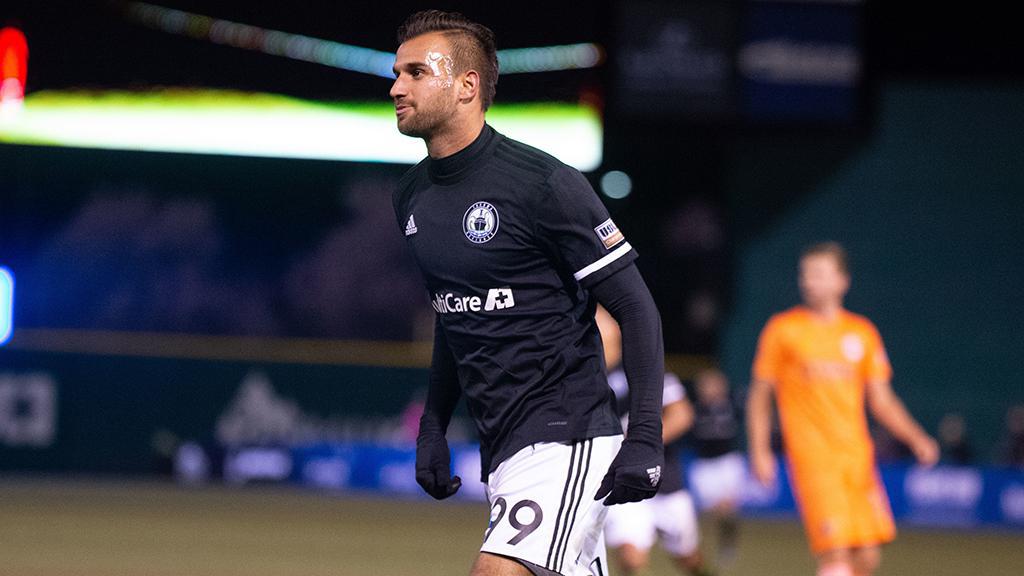 SAN ANTONIO – San Antonio FC announced on Friday it had signed forward Justin Dhillon for the 2021 USL Championship season, pending league and federation approval. Per club policy, terms of the deal were not disclosed.

“We are thrilled to welcome Justin Dhillon to the SAFC family,” said SAFC Head Coach Alen Marcina. “Justin is someone who has been on our radar, and we have tracked him for some time now. He is a great person and goal-scorer who brings an MLS championship-winning mentality and proven USL experience. Justin demonstrates the selfless work and relentless commitment on and off the ball that is essential in our game model. We envision him having a highly productive season in San Antonio.”

Dhillon joins San Antonio from Seattle Sounders FC (MLS) where he spent the 2020 season. The forward has been in the Sounders system since 2019, appearing for both Sounders in MLS and the club’s USL Championship side the Tacoma Defiance. Dhillon was part of the 2019 MLS Cup Champion Sounders team, while also producing his best season at the USL Championship level.

In 25 games with the Defiance in 2019, Dhillon compiled 1,697 minutes played while adding 12 goals, two assists and 13 key passes. On May 21 of that season, Dhillon scored the joint-fastest goal in league history, scoring after only nine seconds. His record was tied last season when San Antonio FC forward Luis Solignac also scored after nine seconds on Sept. 5.

Prior to his time with the Sounders organization, Dhillon was a member of the LA Galaxy II from 2017 to 2018, making 39 appearances and scoring nine goals. During in his professional career, the 25-year-old has appeared in 71 matches (3,961 minutes) while scoring 22 goals and recording four assists.

“After seeing the culture of this organization, their vision and ambition made my decision to come to San Antonio an easy one,” said Dhillon. “I’m really excited to come in and build on the club’s success last year and make an impact in our quest for a championship.”

“Bahner is an important member of our group, his versatility and ability to play anywhere across the back four provides the strength in depth and competition for places that is so crucial as you push through a season,” said Locomotive FC Head Coach and Technical Director Mark Lowry. “He is another selfless character who puts his teammates first and the team’s success above his own. I have said before, and it rings true in every aspect of sports, putting the collective objective above yourself is the only way to win championships, and this season we are filling the squad with players that exemplify that quality.”

Bahner joined El Paso in August of the 2020 season, a move that Lowry said at the time was made with an eye toward the future. Making his debut in the Locos’ Blue during a 4-2 win against Colorado Springs Switchbacks FC as a late-game sub, Bahner has helped push those around him to new heights while providing much-needed depth across the backline. Prior to joining Locomotive, Bahner boasted success at both FC Cincinnati and Saint Louis FC in the Championship.

Stanley spent the 2020 USL Championship season with Portland Timbers 2, starting all 16 games and playing every minute of the season at left back. He recorded two assists, placing him second on the team in that category.

Prior to signing his first professional contract with Timbers 2, Stanley spent two years competing in the collegiate ranks with perennial NCAA powerhouse Duke University. He made 37 appearances across his freshman and sophomore seasons, tallying three assists while earning All-ACC Academic Team honors in each season, as well as a spot on the All-ACC Freshman Team.

Born and raised in Columbia, Illinois – a suburb of St. Louis – Stanley was developed in the Saint Louis FC Academy. In addition to earning Central Conference Best XI honors four years in succession in the U.S. Soccer Development Academy between 2015 and 2018, Stanley signed an Academy contract with Saint Louis FC of the USL Championship in 2016 as a 16-year-old and made his professional debut in a 2-2 draw against OKC Energy FC on Sept. 24, 2016. Stanley appeared in a total of 20 games for the club over a three-year period from 2016-2018 before enrolling at Duke.

On the international stage, Stanley represented the U.S. extensively at the Under-18 level and was also called up to the U.S. U-20s for a number of training camps and matches in 2017 and 2018.