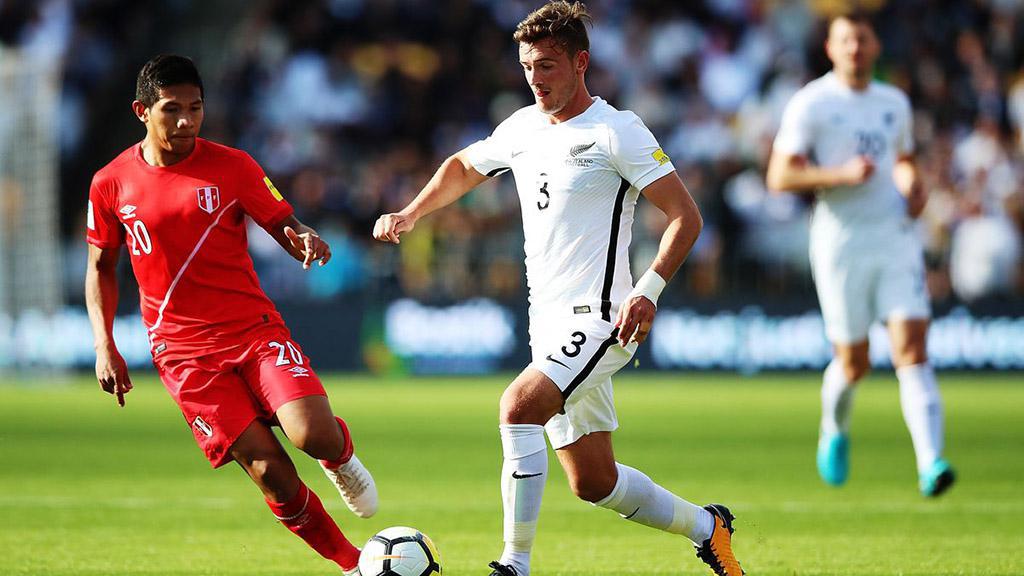 “I’m looking forward to playing in front of the passionate fan base in Phoenix,” said Wynne. “I can’t wait to get to work and help the club continue the impressive run it has had the past three seasons.”

Wynne has appeared 14 times for New Zealand’s National Team. He featured in two games during the Kiwis' participation in the 2017 Confederations Cup in Russia and went the full 90 minutes in both legs of his country's World Cup qualifying playoff against Peru in November 2017. He has also represented New Zealand at the FIFA Under-20 World Cup.

“Deklan is an experienced international left back who will definitely help our team,” said Rising head coach Rick Schantz. “He is very versatile and has a high soccer IQ. Deklan’s defending, coupled with his quality on the ball will fit perfectly with our style of play.”

Wynne most recently featured for the Colorado Rapids in Major League Soccer, where he appeared in 36 contests over three seasons. The 25-year-old began his career with Hamilton Wanderers in the New Zealand First Division in 2013, where he appeared in 26 matches over two seasons before joining Vancouver Whitecaps FC 2 in the USL Championship ahead of the 2015 season. Wynne played two seasons with WFC2 and made 35 appearances, scoring twice, before being traded to the Rapids in 2017.

The Miami FC added to its attacking options on Thursday with the signings of forwards Pierre da Silva and Richard Ballard for the 2021 Championship season, pending league and federation approval.

“With the addition of Pierre and Richard, we gain players who are excited and hungry to succeed,” said Miami Technical Director and Head Coach Paul Dalglish. “Pierre is a young player with lots of potential, whom we believe in our environment he can start fulfilling that potential. We are really excited to see him grow as a player in Miami. Richard had a really good start in the USL Championship being nominated for Rookie of the Year but unfortunately suffered an injury that set him back. We are excited that he is fully recovered and motivated to start showcasing his pace and 1v1 abilities in the attack.”

Born in Port Chester, N.Y., da Silva brings plenty of playing experience at the young age of 22. Turning pro out of the Orlando City SC Academy in 2016, Da Silva quickly established himself in the Orlando City B squad as he made 49 USL Championship appearances in the 2016 and 2017 seasons. During his two seasons with OCB, da Silva scored five goals and recorded seven assists. His 2016 performances earned da Silva a Major League Soccer contract with Orlando City ahead of the 2017 season. In 2018, da Silva was loaned out to USL Championship’s Saint Louis FC, where he scored one goal in four appearances. That same season he featured in two MLS matches for Orlando City.

Ballard joins Miami FC having previously been part of two USL Championship Final-winning squads at Louisville City FC. The winger spent three seasons with LouCity, playing in 35 Championship matches from 2017-2019, scoring four goals and adding five assists to his name. The Kentucky native enjoyed a successful rookie season in 2017, where he played in 29 matches and scored three goals, earning him a nomination for 2017 USL Championship Rookie of the Year. During his time in Louisville, Ballard also featured in four Lamar Hunt U.S. Open Cup matches where he scored one goal and recorded one assist.

Sporting Kansas City II announced on Wednesday it had re-signed defender Danny Barbir to a new contract ahead of the 2021 USL Championship season, pending league and federation approval.

Barbir, who joined SKC II one year ago, made 15 appearances in his maiden season with the club. The 22-year-old scored twice in 2020, including a memorable strike to secure a 1-0 road win over perennial USL Championship power Indy Eleven on Aug. 1, 2020.

The Allentown, Pennsylvania native was previously on the books of both Manchester City and West Bromwich Albion as a youth player, before signing his first professional contract with the latter in 2015. Barbir had further stops with Vancouver Whitecaps FC 2 in the Championship, and also Astra Giurgiu (Romania) and Sandhausen II (Germany) prior to arriving in Kansas City.

On the international stage, Barbir has represented the U.S. at the Under-15, Under-17 and Under-19 levels, including two appearances at the 2015 FIFA Under-17 World Cup in Chile.