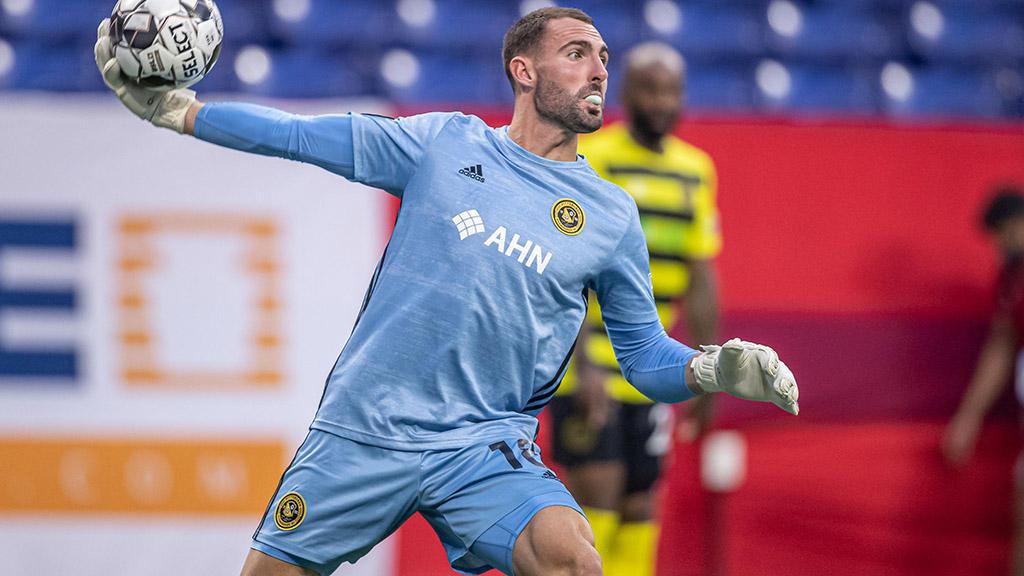 SACRAMENTO, Calif. – Sacramento Republic FC announced on Friday it had signed goalkeeper Tomas Gomez for the 2021 USL Championship season, pending league and federation approval. Per club policy, the terms of the contract were not disclosed.

“We are very happy to welcome Tomas to the club. He will bring valuable experience that further solidifies our goalkeeping position,” said Republic FC General Manager Todd Dunivant. “He knows this league well, has had a lot of success in USL, and shares our indomitable mentality.”

Gomez joins Republic FC after a season with Pittsburgh Riverhounds SC, where he started eight matches and earned three clean sheets. Before joining the Hounds, Gomez spent two seasons with Saint Louis FC, recording 42 starts across the Championship and the Lamar Hunt U.S. Open Cup. During that time, he was part of STLFC’s run to the Quarterfinals of the 2019 Open Cup, which saw the side defeat Major League Soccer’s Chicago Fire FC and FC Cincinnati.

The 27-year-old also brings with him two Championship Golden Glove awards, claimed in 2016 and 2017 with the Rochester Rhinos as he recorded league-best goals-against averages of 0.69 in the 2016 campaign and 0.73 in 2017.) Over his five seasons in the Championship across the regular season and playoffs, Gomez has made 87 appearances, made 202 saves, tallied 33 clean sheets with a 0.99 goals-against average.

Gomez was previously a four-year starter at Georgetown University, where he led the Hoyas to a 50-16-13 record from 2011-14. Gomez was named to the All-Big East Conference team three times (2012-14), the All-Region team three times (2012-14), and was selected as the Big East Co-Goalkeeper of the Year in 2013. In 2012, he was selected for the United States U-20 Men’s National Team camp. Gomez was drafted by the Columbus Crew in the 2015 MLS SuperDraft before signing with San Jose Earthquakes in 2015.

“José is a player we have admired for a long time,” said Locomotive FC Head Coach and Technical Director Mark Lowry. “He started 32 games for Phoenix during their record-breaking 2019 season, and for me, he was one of their most influential players. He has an ability in the final third to create and make things happen and the key attributes that make a Locomotive player; comfortable on the ball and a willingness to run and chase on transition. He is coming here hungry to win, and we intend to do more of that in 2021.”

Aguinaga joins El Paso Locomotive after two successful seasons with Phoenix Rising FC, where he made 38 appearances and recorded three goals and seven assists. A native of Madrid, Spain, Aguinaga helped lift the Arizona team as it claimed the Championship’s 2019 Regular Season Title win, a 20-game winning streak and a place in the Championship Playoffs. He had previously spent a season with the New York Red Bulls II in the Championship, where he recorded six goals in 21 appearances.

“It feels really exciting for me to join the team,” said Aguinaga. “I’ve followed the team since it was announced in 2018 and have played against Locomotive for two years. I have always loved the Locomotive style of play and I think it fits with me really well. I happen to know Yuma – we grew up in the same city and we are always keeping in touch. He has told me about the city and the team. I’m looking forward to getting to know the rest of the team and coaching staff.”

Oakland Roots SC announced on Friday it had signed midfielder Jose Hernandez, pending league and federation approval. Born in Mexico and raised in Arizona, Hernandez most recently played in the Championship for OKC Energy FC.

A product of both the Real Salt Lake Arizona Academy and the University of California Los Angeles, Hernandez played for Real Salt Lake from 2017-18 after signing with the club as a Homegrown Player. During that span he spent time on loan with the Championship’s Real Monarchs SLC, where he helped the club win the 2017 Regular Season Title.

“Jose is someone we are very excited to add to the Roots family,” said Roots Technical Director Jordan Ferrell. “He is very humble and knows what hard work means, while also playing with tremendous drive and talent on the ball.”

Over the past four seasons – which also included a stint with the LA Galaxy II – Hernandez has recorded seven goals and eight assists in 74 Championship appearances.