Miami Bolsters Back Line with Addition of Del Campo 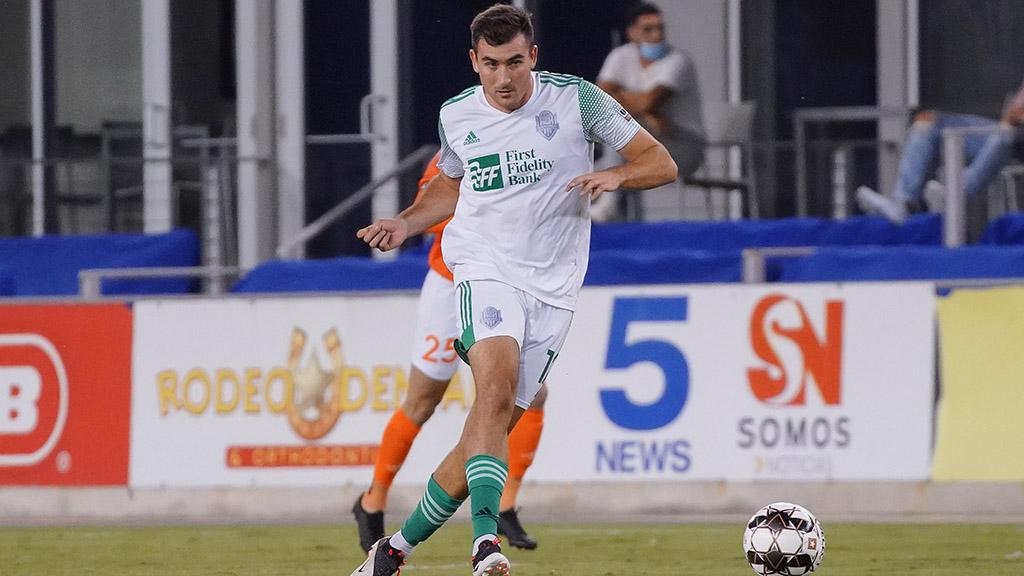 “We need to get our winning culture back at Miami FC and to do that we need to bring in winners,” said Miami Technical Director and Head Coach Paul Dalglish, who previously coached Del Campo in 2017 at Ottawa Fury FC. “Ramon has the mentality to put his body on the line and do whatever it takes to win a game of football. He’s a true warrior. Statistically he is one of the best true defenders in the USL Championship and is the ideal player profile at the heart of our defense.”

Prior to the 2020 season, Del Campo had two very successful seasons at Fresno FC, playing a total of 63 league matches, while scoring three goals. His strength and leadership in the defense helped Fresno reach the 2019 USL Championship Playoffs after finishing third in the Western Conference.

A 6-foot-3 center back, Del Campo was born in Hermosillo, Mexico, and grew up in Southern California after moving there at a young age. A former standout at the University of California, Davis, Del Campo was called up to the United States U-23 National Team in 2014 and also competed for the San Jose Earthquakes U23 in USL League Two.

San Antonio FC announced on Thursday it had re-signed defender Connor Maloney for the 2021 USL Championship season, pending league and federation approval. Per club policy, terms of the deal were not disclosed.

“As a staff, we are thrilled to have Connor back for the upcoming season,” said SAFC Head Coach Alen Marcina. “Connor serves as a great example of a high performing player with a high moral character. Connor distinguished himself among the best full-backs in the league and served as one of our team leaders who played a significant part in shaping our team identity.”

Maloney started 15 of the club’s 16 contests last season, recording 1,350 minutes of action and a team-high 45 tackles. The 25-year-old helped lead an SAFC defense that conceded the fourth-fewest goals in the Championship to a first-place finish in Group D and a place in the USL Championship Playoffs. Along with his 45 tackles, Maloney also added a team-high 35 interceptions along with 26 clearances, seven blocks and 68 duels won. Maloney also added 11 key passes, two assists and an 80.9 percent passing accuracy.

Originally drafted in the third round (49th overall) by Columbus Crew SC in the 2017 MLS SuperDraft, Maloney made 15 appearances in all competitions over three seasons at the club. In addition, Maloney also spent time on loan with the Championship’s Pittsburgh Riverhounds SC in both the 2017 and 2018 seasons.

Following his 2018 season in Columbus, Maloney was named the winner of the club’s Kirk Urso Heart Award, which is awarded to the Crew player that best exemplifies the qualities in a teammate and becomes 'the heart' in the club's locker room. The award is named after Urso who played as a midfielder for the Crew in 2012 before passing away in August that year.

“I’m super excited to be back in San Antonio to finish what we started last year,” said Maloney. “I want to thank the SAFC organization for giving me another amazing opportunity to represent this club.”

“He’s a kid that we saw and liked at a number of combines this offseason, so we’ve been tracking him,” said Energy FC Head Coach John Pascarella. “He’s got good athleticism, good pace, is good on the ball, a natural lefty and a guy that I think will help us create a little more in attack this year.

“[Assistant Coach] Leigh Veidman saw him initially, really liked him and called me. I started doing some digging to see where he had been because he’s one of those kids who’s flown under the radar. He has an interesting story, and we are happy to have him.”

A 25-year-old native of Leogane, Haiti, Pierre helped Dragon City to first place in the UPSL’s Florida Division for the 2020 Fall Season. After representing Haiti at the U-17 national team level, Pierre moved to the United States to attend Florida College, where he was a three-time NAIA All-American First Team selection.