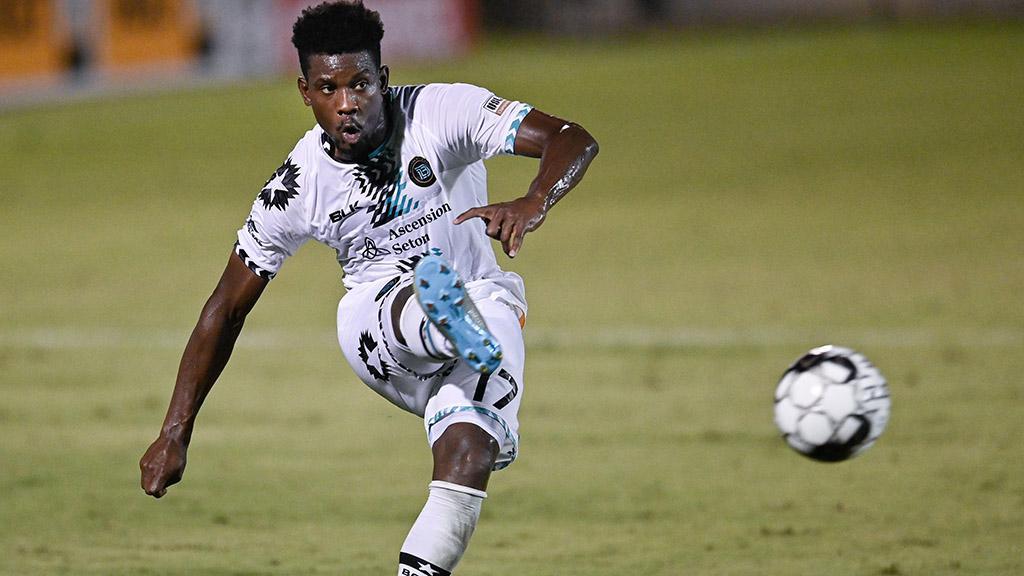 MIAMI – The Miami FC unveiled a familiar face to longtime fans as its first new signing of the offseason on Wednesday as it announced the return of defender Sean McFarlane, pending league and federation approval. The 27-year-old has signed a multi-year deal with Miami FC.

“Most importantly Sean knows the level of expectations at Miami FC and has proven he has the mentality to be able to flourish in our environment,” said Miami Technical Director and Head Coach Paul Dalglish. “Furthermore, he is the ideal player profile for our system and has proven himself as one of, if not the best attacking right back in the USL with 14 assists and five goals in the last two years. I am really excited to be able to welcome Sean back to the team that is in his heart.”

Born in Kingston, Jamaica, McFarlane spent the past two seasons with fellow Championship club Austin Bold FC where he made 51 appearances across the league and the Lamar Hunt U.S. Open Cup. In 2020, McFarlane recorded five goals and 14 assists in the Championship, helping Austin reach the Championship Playoffs in the 2019 season.

Prior to joining Austin, McFarlane had a terrific 2018 season with Miami FC, playing a crucial part in the club’s National Premier Soccer League title run. In 17 appearances, he scored three goals. McFarlane joined Miami after a successful 2017 season which saw him score two goals and record two assists in 29 league matches with the Championship’s Colorado Springs Switchbacks FC.

McFarlane has earned 15 appearances with different age levels of the Jamaican youth national team, while also being a member of the senior national team that made a historic run to the Final of the 2015 CONCACAF Gold Cup.

Indy Eleven announced on Wednesday that Auburn, Indiana native Rece Buckmaster had signed with the club ahead of the 2021 Championship season, pending league and federation approval.

“I’m really excited to join Indy Eleven and for the opportunity to come back to Indiana and play soccer in this great state,” exclaimed Buckmaster. “This team is really deep, and I’m just excited to be a part of it and to help achieve all the goals we can this year, hopefully ending with a USL Championship title!”

A former standout at Indiana University, Buckmaster began his professional career with Major League Soccer’s New York Red Bulls after being selected 32nd overall in the Second Round of the 2019 MLS SuperDraft. After making six appearances in Major League Soccer for the Red Bulls and starting 17 of his 19 appearances for the New York Red Bulls II in the USL Championship during his rookie season, Buckmaster joined the Championship’s Memphis 901 FC for the resumption of the 2020 regular season last July. The versatile defender contributed a goal and assist from his outside back position for Memphis while starting all 14 of his appearances during the side’s second campaign.

“Rece is another young player who brings great energy and effort into the squad. He can excel as a wide defender and in central midfield, and we’re always excited to add a player with that kind of versatility to our roster,” said Indy Eleven Head Coach Martin Rennie. “He is emblematic of the rising level of talent being cultivated in our state, and we are proud bring Rece home to represent Indiana’s Team both on and off the field.”

Buckmaster has connections with the Hoosier State’s most decorated soccer programs. After winning state championships with powerhouse Canterbury H.S. in Fort Wayne his freshman and sophomore seasons, Buckmaster suited up for two years with Westfield-based Indiana Fire Academy in US Soccer Development Academy play before landing at Indiana University in 2015.

Hartford Athletic announced on Wednesday the signing of Ghanaian midfielder Nii Armah Ashitey, pending league and federation approval. He is the eighth player under contract with the Athletic for the 2021 USL Championship season.

The 20-year-old comes to Hartford from Dreams FC of the Ghana Premier League. Ashitey’s professional career started at age 15 where he played for Still Believe FC of the Ghanaian Second Division. After spending a year with Crystal Palace Ghana, he joined Dreams FC in 2019 and was sent on loan to Berekum Chelsea to play in the Viareggio U20 Cup. In matches against Athletico Paranese (Brazil) and Spezia (Italy) he was named Man of the Match.