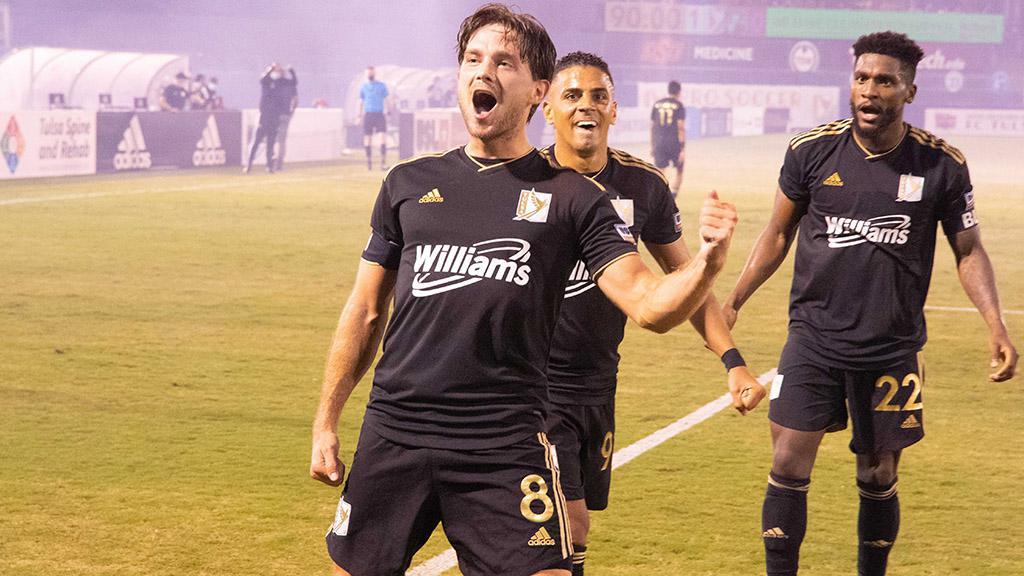 TULSA – FC Tulsa announced on Tuesday it had re-signed midfielder Eric Bird to a multi-year contract, retaining one of the key figures in the club’s successful 2020 campaign for the new campaign. The deal is pending league and federation approval.

Bird recorded two game-winning goals in his first season in Tulsa and made 14 starts overall. He is the sixth player to sign a multiyear deal in the last two offseasons for FC Tulsa following ownership’s commitment prior to the 2020 USL Championship season to keeping the best talent playing at ONEOK Field.

“It means a lot for me to return to Tulsa,” said Bird. “I stand by what I said last year when I initially signed. This is a franchise that is looking to grow and hungry for trophies. It is the perfect place to be.”

Bird landed in Tulsa prior to the 2020 USL Championship season and immediately slotted as a starter. The 27-year-old finished fourth on the team with 659 passes and notched a passing accuracy rate of 83.2 percent while averaging 50.9 passes per 90 minutes.

“Eric’s return is very important as we build upon the success we had in 2020,” said FC Tulsa head coach Michael Nsien. “Eric is a dynamic two-way midfielder that played majority of last season in deeper positions, but based on game plan and moments of the match you could really see his attacking abilities as well. Every team must have players like Eric that have the patience and understanding of when and how to use their abilities and always put the team’s success at the heart of what they do.”

Prior to signing with Tulsa last year, Bird was a mainstay in the Houston Dynamo FC organization in Major League Soccer. He played 12 matches with the Dynamo and was a part of that club’s 2018 U.S. Open Cup title alongside current Tulsa teammate Kevin Garcia.

A two-time All American at Virginia, Bird was the Cavaliers’ captain as a junior and senior, leading the Hoos to a 2014 NCAA National Championship in his senior season. Following his collegiate career, Bird was selected as the 41st overall selection in the 2014 MLS SuperDraft by Philadelphia Union.