Switchbacks Add to Back Line with Jimmy Ockford 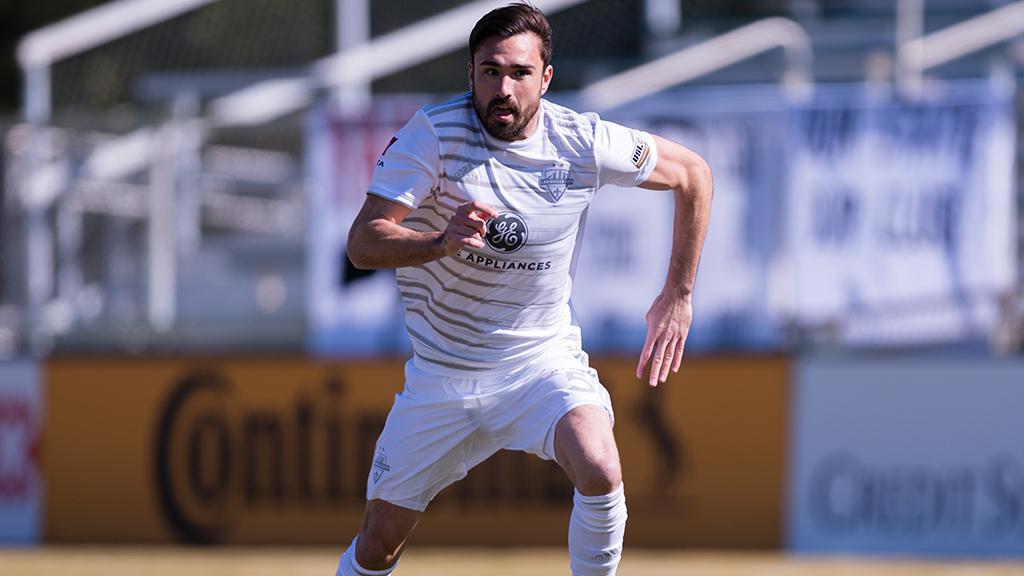 “I am looking forward to continuing my career with a club that has incredible potential,” said Ockford. “It's exciting to be in a beautiful city with a new stadium in a great location. I played for Brendan Burke during my PDL days and know he will bring the qualities needed for this club to make an impact in the league.”

Ockford most recently played for Louisville City FC in 2020, playing in 11 games to help bolster the USL Championship's best defense in recording nine shutouts. For his career, the 28-year-old has made 69 regular season appearances in the Championship, and in 2017 was named to the All-League Second Team while at Reno 1868 FC.

“I couldn't be more pleased to be reuniting with Jimmy after our time together long ago at Reading United. Jimmy has gone on to represent two different clubs in MLS, win an NASL Championship with New York and be part of five USL Championship Playoff teams,” said Switchbacks Head Coach Brendan Burke. “He knows the Western Conference and most recently has been a key part of some of USL's biggest clubs in Nashville and Louisville. This experience will be a key to our growth as a club and maturation into a playoff team. He is a quiet leader and a very good defender. We are lucky to bringing on a player and person of Jimmy's caliber.”

Prior to his professional career, Ockford was named the American Athletic Conference Defender of the Year at the University of Louisville in 2013, and competed for Burke in USL League Two at Reading United AC in the same year. He was selected with the 21st pick of the 2014 MLS SuperDraft by Seattle Sounders FC and made one MLS appearance for Seattle while going on loan with the New York Cosmos (2014), the Tacoma Defiance (2015). Ockford returned on loan to the Cosmos in 2016 and won the NASL regular season and Soccer Bowl.

Ockford signed with Reno 1868 FC for the 2017 season, where he made 31 appearances and scored four goals as they reached the USL Championship Playoffs in their expansion season. He was then signed by Major League Soccer’s San Jose Earthquakes in 2018, appearing in 15 games before going on loan back to Reno and Nashville SC in 2019.

With Ockford’s help, Nashville led the USL Championship in fewest goals allowed (28) and was second in clean sheets (16). The Yardley, Pennsylvania, native, started all 16 matches he was available to play and totaled 66 clearances, five blocks, and 30 interceptions.