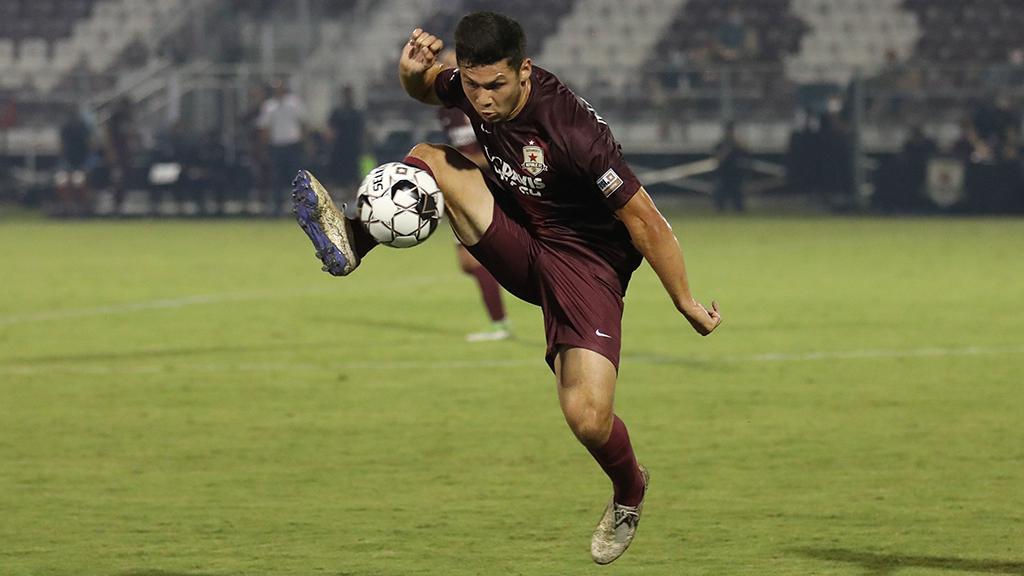 New Colorado Springs Switchbacks FC signing Matt Mahoney has made 77 appearances in the Championship during the past four seasons, and has reached the USL Championship Playoffs with both the Philadelphia Union II and Sacramento Republic FC.

“I'm excited to be a part of the Switchbacks organization,” said Mahoney. “I'd like to thank [Switchbacks General Manager] Brian [Crockham] and [Head Coach] Brendan [Burke] for this opportunity to be a part of something special. I can't wait to get back out to the West Coast to see the new stadium and get going with the team in 2021.”

Mahoney joins the Switchbacks after playing two seasons with Sacramento Republic FC and two seasons with the Philadelphia Union II. In his professional career, Mahoney has recorded 77 appearances, four goals, two assists, while helping his sides reach the USL Championship Playoffs in all four seasons.

Prior to joining the professional ranks, Mahoney played collegiately at Temple University. The Buffalo, New York, native appeared in all 78 of Temple University’s games during his collegiate career, including a 55-match starting streak for the Owls.

“Matt was a pleasant surprise for us in Bethlehem in 2017 out of Temple University. He worked his way through a pre-season trial and eventually into our starting line up on a consistent basis over two years and was key part of our Eastern Conference Semifinal run in 2018,” said Burke. “Matt is smart, versatile and also brings over 70 games of experience at a relatively young age. He has been in the league for four years and part of four playoff teams. That tells you everything you need to know about Matt, his drive, and his will to win every day. I can't wait to work with him again.”

Orange County SC announced on Tuesday that it had signed German goalkeeper Patrick Rakovsky, pending league and federation approval. Rakovsky is the fourth new addition to the club’s squad for the 2021 Championship season.

“We are excited to add Patrick, an International experienced and former German Bundesliga Goalkeeper to our roster,” said OCSC President of Soccer Operations, Oliver Wyss. “Patrick is a first-class professional and we are convinced he will be a standout in the USL.”

The 27-year-old joins Orange County after two seasons with FC Lahti of the Finnish premiership, Veikkausliiga. Rakovsky played alongside Mikko Kuningas, also recently signed by Orange County, during the 2020 season. Over Rakovsky’s two years with FC Lahti, he racked up 54 appearances and 19 shutouts.

“I am really honored to sign with Orange County. I am really excited to meet the team and I can't wait for the season to start,” said Rakovsky.

Before joining Lahti in 2019, Patrick Rakovsky played six seasons with FC Nurnberg. When Rakovsky joined Nurnberg in 2011, the club was playing in the Bundesliga. Rakovksy appeared in eight matches, tallying three shutouts for FC Nurnberg’s first team and against some of the best clubs in football. His Bundesliga debut came against Borussia Dortmund and Robert Lewandowski (2020 FIFA Player of the Year), where he became the third- youngest goalkeeper to start in the Bundesliga at 18 years two months and 18 days.

After the 2014 season, FC Nuremberg was relegated to 2 Bundesliga. Rakovsky had a more permanent role during this period and tallied 31 appearances and eight shutouts, conceding only 36 goals.  Rakovsky also played with the German National team starting at a young age, from the U-15 to the U-20 level. As a U-19 in 2012, Rakovsky was awarded the Fritz Walter Medal by the German Football Administration. This award is given annually to the best German Youth National players.

Dunwell joined Energy FC for his second season in the Championship, having previously competed for Rio Grande Valley FC in the 2019 season. The 23-year-old made 13 appearances for OKC and was among its main figures in the center of the park, recording an 85.8 percent passing success rate on 56.1 passes per 90 minutes. Dunwell recorded seven key passes and also made 10 interceptions defensively.

Prior to joining the professional ranks, Dunwell competed for Wake Forest University, where he made 91 appearances and recorded 14 assists across his four college seasons. He was subsequently selected with the 56th selection of the 2019 Major League Soccer SuperDraft by the Houston Dynamo before signing with the Toros, for whom he made five appearances.

In addition to his college experience, Dunwell also competed in USL League Two for the Flint City Bucks, where he made 37 appearances over four seasons and was named one of the League Two’s Top Prospects after the 2018 campaign.