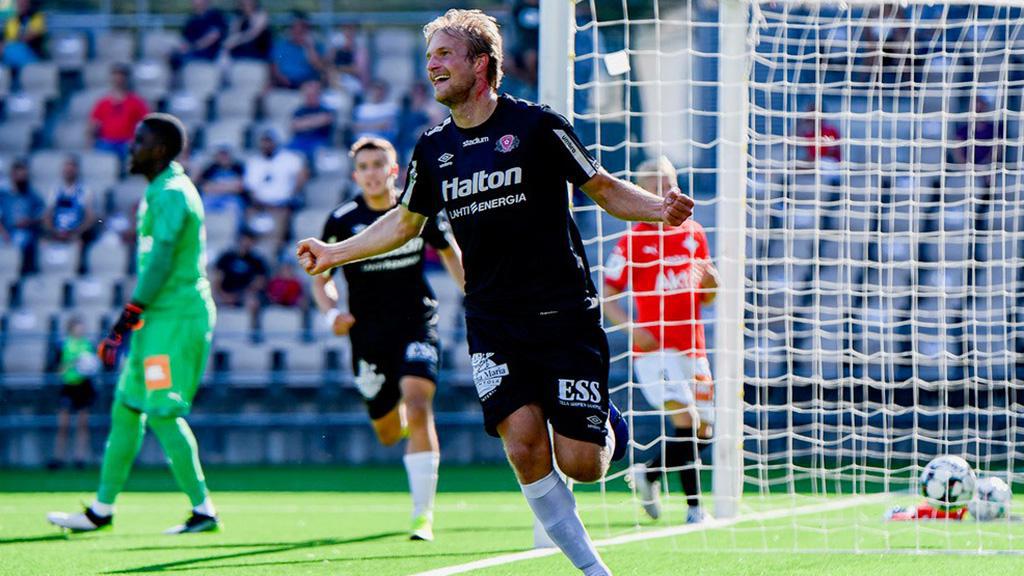 “We are excited to add Mikko, a very talented midfielder to our roster,” said OCSC President of Soccer Operations, Oliver Wyss. “Despite being only 23 years old, Mikko has already played over 130 professional games in the Finnish Premier Division and his all-around quality will improve our team.”

Kuningas tallied five goals and four assists for FC Lahti of the Veikkausliiga, Finland’s top-flight, during the shortened 2020 season. Kuningas was signed by FC Lahti as a 17-year-old and has now played six seasons in the Veikkausliiga, four with FC Lahti and two with FC Inter Turku, recording more than 130 appearances, 16 goals, and 19 assists.

“It’s a pleasure to sign for Orange County SC. I’m super excited for this opportunity and I can’t wait to join the team so we can start our preparation for the upcoming season,” said Kuningas.

Kuningas has been a regular presence for Finland’s youth national teams, starting with the U17s all the way through to the U21s. He made his debut for the U21s in 2017, coming on as a second-half substitute against the Netherlands.

The Charleston Battery will again have the services of midfielders Robbie Crawford and Nico Rittmeyer after exercising contract options for both players, and forward Nicque Daley, who remains under contract for the 2021 Championship season.

Crawford played a key role for the Battery in his first season at the club as he registered 1,484 minutes as one of four players appearing in all 17 matches for the club in 2020. In 16 starts, the Scottish midfielder was crucial to the Battery’s transitional play winning a team-leading 24 of 33 tackles while making 27 key passes and posting an impressive 84.3 percent passing accuracy rate. While Crawford excelled at pushing the ball forward for his teammates to score, Crawford also put three shots on goal and scored once.

Rittmeyer will enter his fifth season with the Battery after making seven appearances for the side this past campaign while battling injuries. The Savannah, Georgia native – who previously featured for the College of Charleston before joining the professional ranks – has made 81 regular-season appearances for the Battery in the past four seasons while recording seven goals and five assists in Black and Gold. This year did see Rittmeyer’s prior consistency earn him his first chance at the international level as was called up by the Guatemalan national team in November for a friendly against Honduras.

Daley, meanwhile, finished tied for the team-lead on the Battery in 2020 with six goals, equal with fellow returnee Zeiko Lewis. The young Jamaican made 16 appearances across the regular season and playoffs and scored the opening goal in Charleston’s 2-1 victory in extra time against the Charlotte Independence in the 2020 USL Championship Playoffs.

Real Monarchs SLC has have signed Colombian center back Kevin Saucedo from Colombian Categoria Primera A side Millonarios F.C. and New Zealand forward Max Mata from Grasshoppers Club Zurich in Switzerland for the 2021 Championship season. Both signings are pending league and federation approval, as well as the approval of each player’s P-1 visa.

Saucedo has made several appearances with the Colombian U-20 team. Saucedo was also a part of the 2019 FIFA U-20 World Cup squad that represented Colombia in Poland where he helped his side to a quarterfinal appearance before ultimately falling 1-0 to Ukraine.

“We are excited to announce the addition of Kevin to our Monarchs roster for 2021 as his profile and playing style already make him a formidable defender,” said Monarchs Assistant General Manager Tony Beltran. “We believe that under the guidance of [Head Coach] Jamison [Olave] and our coaching staff, Kevin has the talent potential to mature into a special player.”

Mata is the first signing from New Zealand for the Monarchs. The young forward arrives in the States from Switzerland where he spent time with the second tier of Grasshopper, scoring five goals in 10 appearances. During the 2019 season he played on loan with Nõmme Kalju FC in Estonia, racking up 11 goals and six assists in just 20 matches.

“Max is a dynamic young attacking player, capable of scoring with both feet and in the air,” said Beltran. “He joins the Monarchs not only as an accomplished and competent professional but also at a time in his career with tremendous capacity for future development. We are excited to see his progression under the tutelage of our Club staff.”