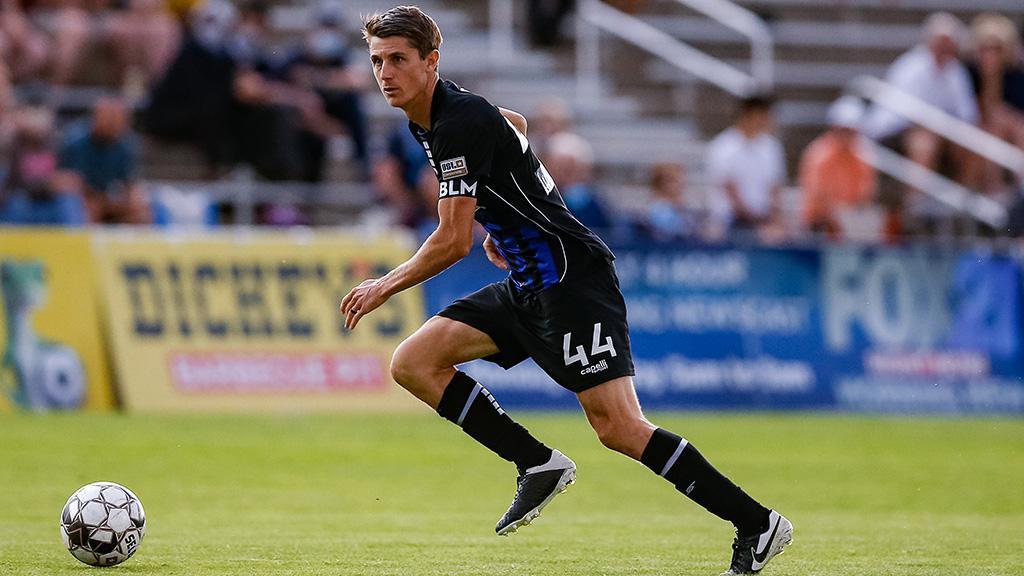 COLORADO SPRINGS, Colo. – Colorado Springs Switchbacks FC announced on Thursday that the club has re-signed its all-time appearance leader Jordan Burt for his seventh season with the club. The signing is pending league and federation approval.

“2021 is going to be a special year for the Switchbacks and I can't wait to be a part of it,” said Burt. “I am looking forward to making new memories downtown and working towards a successful year.”

Burt was a part of the inaugural Switchbacks team in 2015 and leads the club in minutes played (13,087) and appearances (160). Although he has become a pivotal piece in the Switchbacks’ defense, Burt has also recorded 22 goals and four assists in the USL Championship with the club.

“Jordan is both a foundational piece of the Club and of our 2021 roster. As we look to take the Club back to the playoffs, we will lean on his quality and versatility on the field as well as his leadership off the field,” said Switchbacks General Manager Brian Crookham. “We are very excited to be able to retain one of the most important players in the history of the Club.”

OKC Energy FC announced on Thursday it had signed defender Mitchell Osmond, pending league and federation approval. Osmond made seven appearances for USL Championship’s Indy Eleven in 2020, winning 28 duels and finishing tied for fourth on the team in passing accuracy.

“Mitch Osmond is a kid I’ve tracked for four or five years since college,” said Energy FC Head Coach John Pascarella. “He has that pedigree in the game that we want and as part of our culture. We want him to emerge as one of our leaders culturally as well as on the field. I’ve got a lot of time for Mitch, and I think it’s a huge signing for us this offseason.

“The reason why I like him is because he’s the whole package. He’s good on the ball, he’s strong, he’s hard, he’s fast and athletic and has competed at this level for the past few years at a very high level.”

A 26-year-old native of Sydney, Australia, Osmond made 24 appearances at Indy from 2019-20. Prior to his time in the USL Championship, Osmond was named USL League Two Defender of the Year in 2017 with the Thunder Bay Chill. He also earned NAIA First Team All-American honors in 2018 at the University of Rio Grande before being drafted in the 2019 MLS SuperDraft by Minnesota United FC.

Osmond was signed by Indy ahead of the 2019 season, where he went on to make 17 appearances with an 81.6 percent tackle success rate and finished second in the team with 86.2 percent passing accuracy rate.

Rio Grande Valley FC announced on Thursday it had exercised its contract option for midfielder Kembo Kibato for the 2021 USL Championship season.

Kibato started in nine of his 12 appearances for the Toros in the 2020 USL Championship season. The 20-year-old averaged an 81 percent passing accuracy while adding one goal, two assists and three key passes in his first season with the Toros. The Canadian also recorded six interceptions, five clearances and three blocks.

Prior to joining the Toros, Kibato had competed in the youth ranks for the Toronto FC Academy, and also saw action in League1 Ontario for the North Toronto Nitros. Kibato joined the professional ranks with Danish side FC Helsingor in 2019 before joining the Toros last offseason.