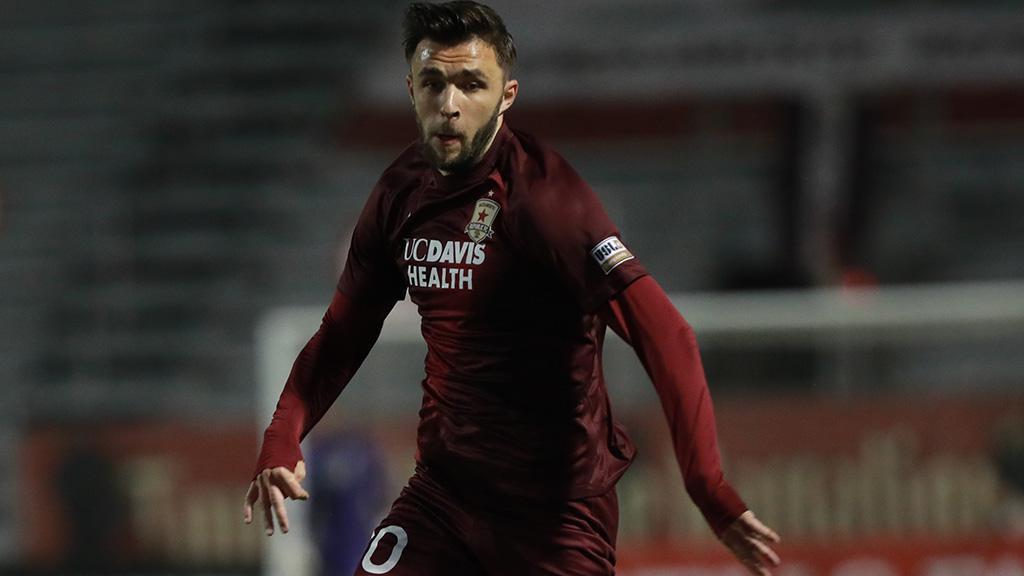 SACRAMENTO, Calif. – Sacramento Republic FC announced on Thursday it had re-signed the club’s leading scorer during the 2020 season Dariusz Formella to return to the club for the new season and had brought back defender Mitchell Taintor for his second stint at the club. The signings are pending league and federation approval.

2021 will mark Formella’s third season with Republic FC. In July 2019, the Polish forward signed in Sacramento after seven seasons in his native country’s top division. In 27 career matches for the Boys in Old Glory Red, ‘Darek’ has scored 10 goals and contributed two assists.

“Darek’s offensive versatility and his overall quality were just two of the many reasons why we we’re so excited to bring him back,” said Republic FC General Manager Todd Dunivant said. “We can’t wait to see what Darek can do with a full season to work with in 2021.”

The 2020 Championship season was a breakout year for the Polish playmaker as he found the back of the net eight times in 15 appearances – tied for 10th most goals across the league. Formella bagged three multigoal games on the year – twice against Tacoma Defiance and registered the fastest brace in club history against Portland Timbers 2. He was named to the USL Championship Team of the Week three times (Week 4, Week 8 and Week 15.) Darek led the team in shots (28) and goals (8) on his way to earning team MVP honors, as selected by his teammates.

Taintor, meanwhile, previously played for the Indomitable Club in 2018 and 2019, where he made 71 appearances across all competitions and logged nearly 6,000 minutes. He was placed in the starting lineup for 94 percent of the club’s fixtures in two seasons. In his first stint in Sacramento, Taintor has scored three goals and contributed four assists in his two previous seasons patrolling Sacramento’s backline.

“Mitch is a proven leader who shares our indomitable mentality, and we’re thrilled to be welcoming him back to the club,” said Dunivant. “Mitch had two strong seasons here but also recognizes the unfinished business of bringing a trophy to Sacramento.”

Last season with San Antonio FC, Mitch was named to the starting lineup for 16 of 17 matches including the club’s Western Conference Quarterfinals playoff clash with New Mexico United. Taintor was a staple for a defensive unit finished tied for the fewest goals conceded (15) in the Western Conference with San Diego Loyal SC. He also scored once and was selected to the USL Championship Team of the Week (Week 9) in the abbreviated season.