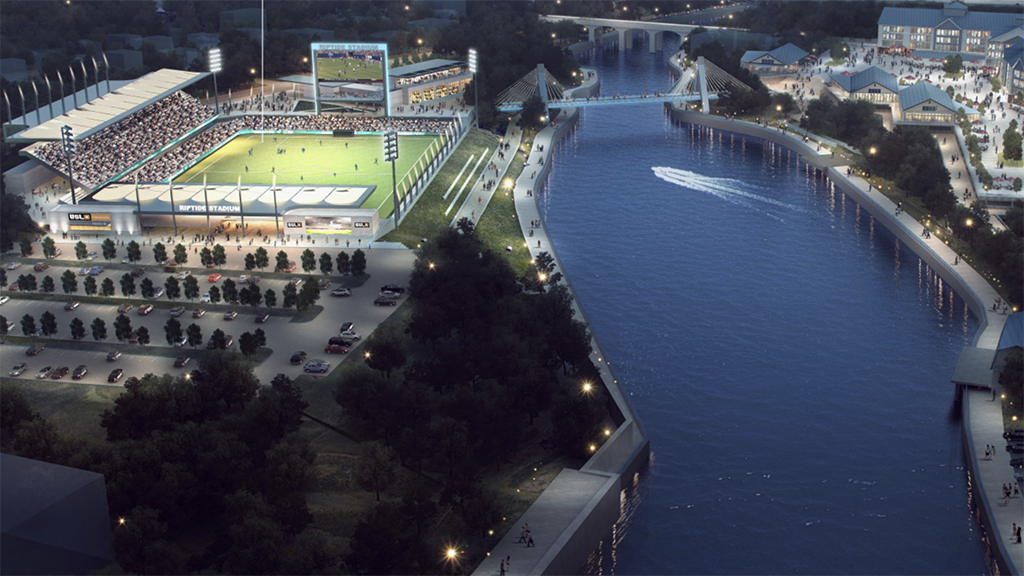 PAWTUCKET, R.I. – The Tidewater Landing development – which would bring up to a 15,000-seat soccer-specific stadium and a USL Championship side to Pawtucket, Rhode Island – has continued to make positive strides in recent days, with a timeline that could see the club take to the field as soon as 2023.

On Tuesday, the project received a pair of brownfields grants from the state, which will aid in site preparation for the proposed $400 million project that would also bring a major mixed-use development and event center to the banks of the Seekonk River.

“I’m particularly proud of the fact that we’re going to build what I would describe as an iconic stadium on that site with National Grid support,” Brett Johnson of Fortuitous Partners told Giovanni Pacini on the GP Soccer Podcast. “Then with the broader development on that same side we’ll end up putting a parking garage, some housing units, some retail adjoining the stadium and then we’d have a footbridge that spans the Seekonk River that connects the Tidewater side to the Division Street side, and then the Division Street side is owned by the City of Pawtucket.

“We’ve just formalized a long-term lease with the city and the plan on that side is to put a year-round, multi-purpose event and community center. We intend and expect that we will host a great deal of events in that, including eGaming, basketball, volleyball, wrestling, dance, cheer, and maybe some small overflow activity from the Convention Center, and that would really be a 365-day driver of activity to the broader development.” 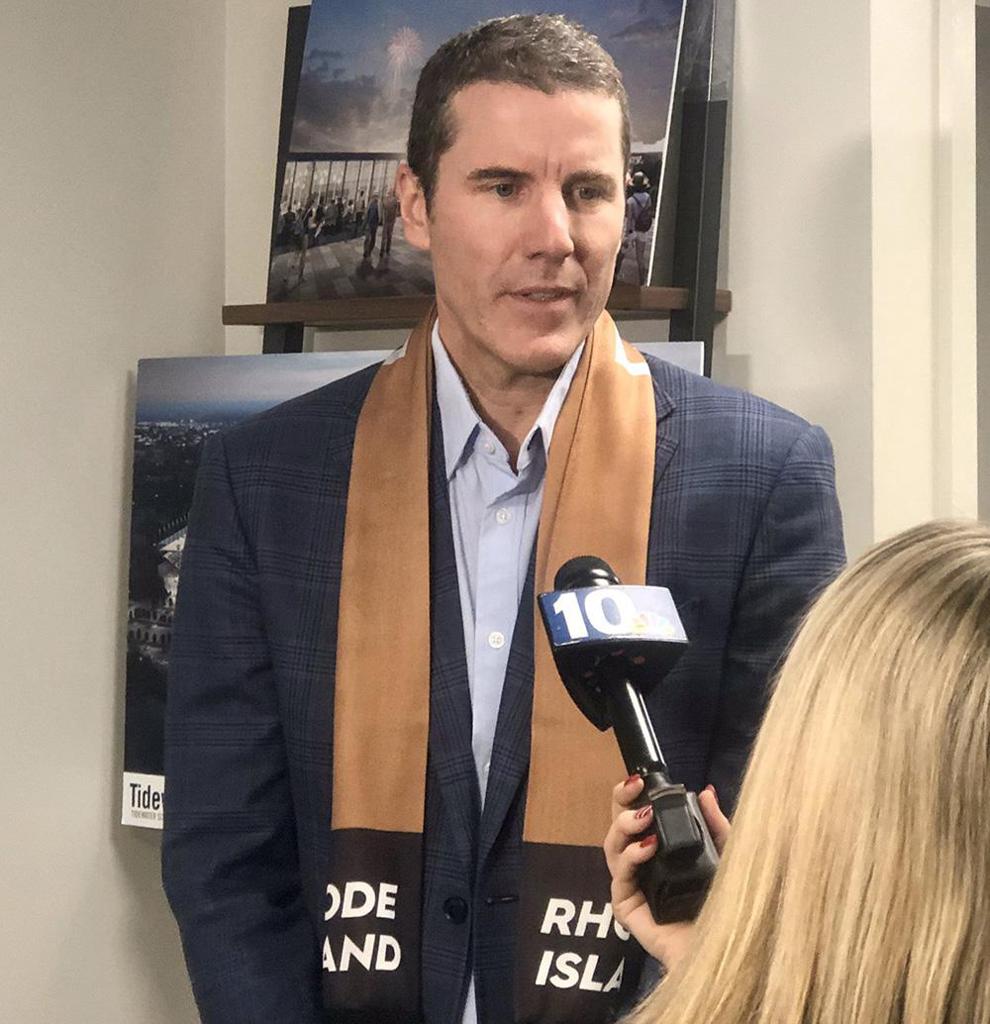 The project was awarded a $190,000 grant for site preparation at Tidewater Landing and an additional $195,000 grant for site preparation on Taft Street. The grants were awarded by Rhode Island Governor Gina Raimando and the Department of Environmental Management and will allow the project to identify and plan for potential environmental remediation that could be required on both sides of the river.

“Right now, it’s a fantastic opportunity in that it’s prime waterfront real estate that’s never been developed but that can – and really should – be developed and should be not just the pride of Pawtucket but be for the broader state as a whole,” Johnson told Pacini. “I feel very honored and fortunate with the support that we have from the city, from the commerce department, from all the broader political spectrum of Rhode Island to have the opportunity to bring this to fruition.”

Having seen up close the evolution of the league over the past five years – and the heightened level of competition and in-stadium experience that has come through the investment of club ownership – Johnson believes there is a great opportunity for Rhode Island’s prospective club to become a major success while providing the state a professional side to call its own.

“I intend to tap into the Rhode Island pride and create a team that the state takes ownership in and migrate their support,” Johnson told Pacini. “I believe that Rhode Island – and I can almost point it out empirically – there’s an incredible demographic in the state of Rhode Island that loves soccer, that consumes it, and they don’t have a local team, meaning in-state, a Rhode Island professional franchise that they can their own and they can truly take pride in.

With the hope of official groundbreaking on the project anticipated for next spring, the prospect for professional soccer continues to shine bright in Rhode Island.

“There are a lot of reasons why I call my firm Fortuitous Partners, and there were a great number of elements that came together to start making that a reality, and I’m very proud of where the project is to date especially given all of the challenges of COVID and the environment we’re in right now,” Johnson told Pacini. “I’m particularly proud and optimistic over where I think it’s going to be in a couple of years when we’re obviously cutting the ribbon on the broader development.”