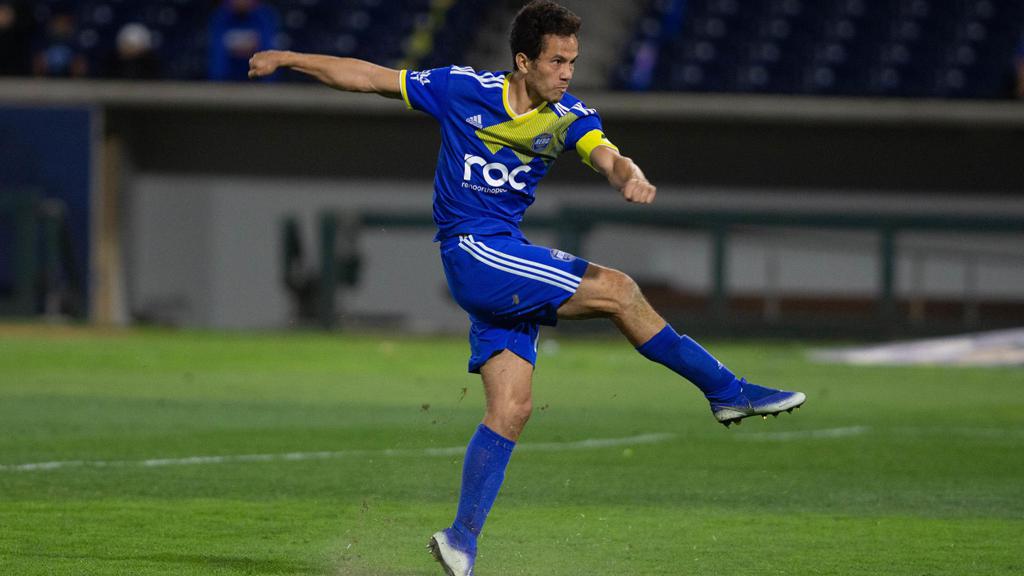 Richards was most recently captain of Reno 1868 FC, where he helped lead the side to four consecutive appearances in the USL Championship Playoffs and the best record in the league in the 2020 season. The fullback has made 136 appearances all-time in the Championship and has recorded nine goals and 17 assists while establishing himself as one of the leading two-way defenders in the league.

“I’m proud to be joining Orange County, a club that’s been extremely professional and competitive in the USL,” said Richards. “The end goal is always to win a championship and I believe we will do just that in Orange County in 2021.”

A native of Portland, Ore., Richards competed collegiately at the University of Washington and for the Portland Timbers U-23s in USL League Two before joining the professional ranks. Then a forward, he was named the League Two Most Valuable Player in the 2010 season as the Timbers U-23s posted the first – and to date only – perfect season in the league’s history as it went 20-0-0 on the way to claiming the league title.

Richards subsequently signed as a Homegrown Player with the Timbers following his college career, and then joined the Timbers 2 as it arrived in the Championship for the 2015 season. After two seasons with T2, he joined Reno ahead of its inaugural season and quickly established himself as a key figure in the club’s success. In 101 regular-season appearances, Richards recorded seven goals and 15 assists, notched 100 chances created and won 59.9 percent of duels and 67.7 percent of tackles.

He also recorded 221 interceptions – second-most among all players over the past four years – and totaled 513 recoveries while with 1868 FC.

“I’m very happy that Brent has agreed to join our team. He is a player I have admired for several years both as a player & as a person,” said OCSC Head Coach Braeden Cloutier. “He brings an attacking presence to our fullback position that will be exciting as we build out our roster.”

Hartford Athletic announced on Thursday it had exercised its contract option on forward Alfonso Vazquez, who will return to the club for the 2021 USL Championship season.

A former standout at nearby Windham High School, Vazquez scored 55 goals his senior year, giving him 149 goals for his career, the most in Connecticut High School history. Following an impressive showing at an open tryout, Vazquez earned an invitation to preseason training in January and his performance earned him a professional contract at just 17 years old, the youngest signing in Athletic history.

“I am so excited to be able to play for Hartford again next season,” said Vazquez. “Playing professionally in my home state where my family can come see me every match means so much to me. I want the fans to know I’m working as hard as I can to get better and make them proud. I can’t wait to get back on the pitch next season.”

Vazquez made his professional debut as a substitute in the 87th minute against Philadelphia Union II. Eight days later he scored his first goal, a powerful strike off the crossbar, against Loudoun United FC in a 4-1 victory. He went on to make three other appearances the rest of the season, starting two.

Kevin Garcia Excited to Return to Tulsa’s Back Line

FC Tulsa announced on Thursday it had re-signed defender Kevin Garcia for the 2021 Championship season, pending league and federation approval. The former Houston Dynamo player was one of the keys to the club’s defensive improvement this past year.

Garcia played every minute of the 2020 season, starting all 16 matches as FC Tulsa reached the USL Championship Playoffs. With his signing, FC Tulsa has brought back its trio of players who played all 1,470 minutes of action in 2020 across the regular season and playoffs (keeper Sean Lewis, defender Bradley Bourgeois, and Garcia).

“Kevin’s quality was evident as we looked to his experience and leadership to help make great improvements to our backline last year,” said FC Tulsa Head Coach Michael Nsien. “Kevin’s passing ability and composure give us more opportunities to establish possession in matches. He shows up every day wanting to win, and that attitude is important to creating a high-performance environment.”

After signing for Tulsa just four days before the 2020 season opener, Garcia slotted right into the defensive unit, playing both as a central defender and a full back in his 16 starts.

“We’re returning a core group of players and strengthening our back line,” Garcia said. “I don’t see why we can’t have one of the stingiest defenses in the league. We are looking to build on that chemistry and set a high bar for clean sheets in 2021. I’m excited to continue pushing for more.”