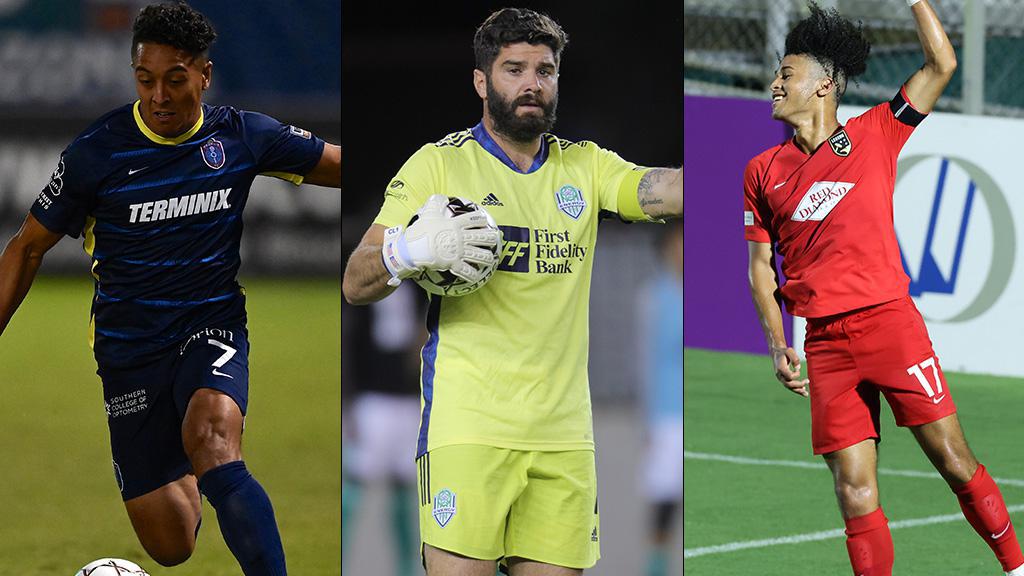 SAN JUAN, Puerto Rico – OKC Energy FC goalkeeper Cody Laurendi, Memphis 901 FC midfielder Raul Gonzalez and Birmingham Legion FC midfielder Jaden Servania were among the players announced by the Puerto Rico National Team for a January training camp in the Dominican Republic and Guatemala that will see the side face both countries in exhibitions.

Also named in the squad are Devin Vega, who spent the past season with the Championship’s Real Monarchs SLC, and Tacoma Defiance forward Alec Diaz as well as former New England Revolution II midfielder Isaac Angking.

The camp begins a year in which Puerto Rico is scheduled to begin FIFA 2022 World Cup Qualifying in March in a group including Trinidad and Tobago, Saint Kitts & Nevis, Guyana and the Bahamas. The squad will travel to the Dominican Republic to open the camp for 10 days, and then conclude in Guatemala, playing two games against Los Chapines.

Laurendi has made five appearances for Puerto Rico in his career, including serving as the starter throughout the country’s Concacaf Nations League Qualifying games in 2018-19. The veteran goalkeeper this year made his 100th appearance for Energy FC, and ranks in the top five in the Championship all-time in saves (363) and shutouts (36).

Gonzalez made seven appearances for Memphis in the 2020 Championship season and recorded two assists while completing 82.1 percent of passes overall. A former player for the Richmond Kickers, the 26-year-old has made 63 regular-season appearances in the Championship overall and recorded five goals and four assists in four seasons.

Servania had a successful first season in the professional ranks with hometown club Legion FC, where he made 17 appearances and recorded three goals, one assist and seven key passes in helping Birmingham reach the 2020 Championship Playoffs. The younger brother of U.S. Men’s National Team player Brandon Servania, Jaden featured for Legion FC as a USL Academy signing in the 2020 season after previously having been a member of the FC Dallas Academy.