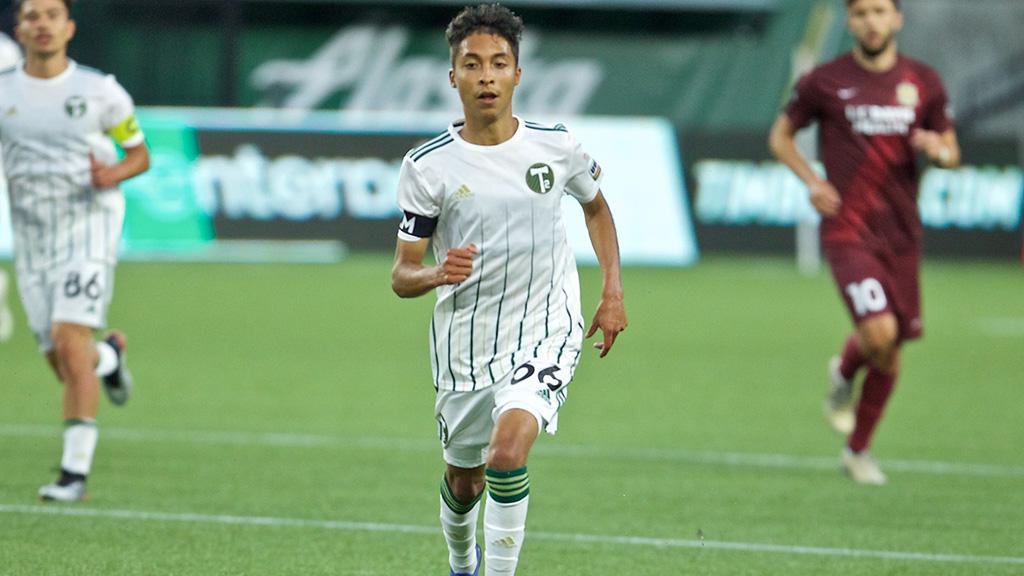 New Tacoma Defiance midfielder Carlos Anguiano has made 50 appearances in the Championship over the past four seasons with Portland. | Photo courtesy Craig Mitcheldyer / Portland Timbers 2

SEATTLE – Tacoma Defiance announced on Tuesday that it had signed midfielders Sota Kitahara and Carlos Anguiano, as well as goalkeeper Christian Herrera. The club also exercised the contract options of defender Abdoulaye Cissoko and midfielders Ray Serrano and Marlon Vargas as it made its first roster moves following the 2020 Championship season.

Anguiano joins Tacoma after spending the past four seasons with the Portland Timbers 2. A native of Salem, Ore., Anguiano has made 50 regular season appearances in the Championship during his career and recorded two goals and seven assists. The 21-year-old was named to the 2019 edition of the USL 20 Under 20, while in 2018 he helped T2 reach the Championship Playoffs.

Kitahara, a Homegrown Player, signs a professional contract with Defiance after starting 13 of 14 appearances for Tacoma in the 2020 USL Championship regular season. Herrera started six games for Defiance last season on loan from Oakland Roots SC, but now joins the club as its only current goalkeeper on the roster.

“We are pleased to officially welcome Sota, Christian and Carlos to the club. All three are players we know very well and being able to amalgamate them into our existing core is an exciting moment,” said Sounders FC Director of Player Development Henry Brauner. “Christian provided an immediate impact while on loan last season, and his leadership and experience will strengthen our group.

“Carlos is a player we’re familiar with as an opponent in Portland, but we’re excited to bring him into the club and work with him directly. Sota has been with us since the age of 12 via the Sounders Discovery Program before progressing through the Academy, and we’re looking forward to continuing his development through our professional pathway.”

Additionally, the club declined the contract options of defenders Antonee Burke-Gilroy, Nick Hinds and Danny Reynolds, as well as midfielders Collin Fernandez and Chino Pérez. Defender Sam Rogers is out of contract with the club. Tacoma’s current roster sits at 13 players ahead of the 2021 USL Championship season.

“We’re grateful to all of our players from this past season for their hard work during such a tumultuous year,” said Brauner. “I’d also like to acknowledge our entire development and medical staffs for their willingness to tackle every challenge 2020 threw upon them. At no point did they waver from the goal of producing players for the club and keeping them safe, even with all of the constraints that were out of their control.”