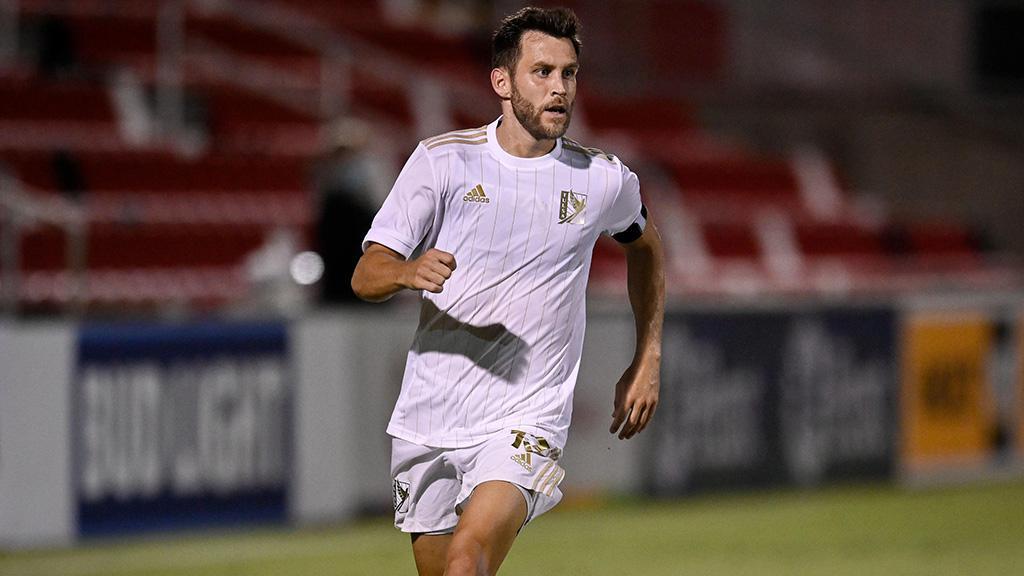 TULSA, Okla. – FC Tulsa announced on Tuesday it had re -signed defender Matt Sheldon, who started all 16 matches for FC Tulsa last season, for the club’s 2021 USL Championship campaign. The signing is pending league and federation approval.

“Matt Sheldon gives us great 1v1 experience defending in the wide areas,” said FC Tulsa head coach Michael Nsien. “He has also consistently improved his ability to be an attacking threat for us. We want our fullbacks to contribute to the team with goals and assists, Matt has all the tools which make him capable of that. We look forward to Matt’s high level of professionalism helping shape what we believe can be a very exciting 2021 for our club.”

Sheldon played all but 26 minutes in 2020, starting every match for FC Tulsa during a renaissance year for the defensive unit. He led the team with 45 crosses and ranked second in interceptions (30) and fifth in tackles won (14) as FC Tulsa reached the USL Championship Playoffs in its first season with its new brand. While he was a stalwart defensively, Sheldon also chipped in on offense, bagging an assist in FC Tulsa’s 3-2 Black Gold Derby win over OKC Energy FC in September and nine key passes overall.

“I’ve bounced around from team to team, city to city, and even country to country for most of my professional career,” said Sheldon. “To return to Tulsa for a third year now really feels like coming home to me. Instead of starting over from scratch, it feels more like continuing to build. I’m incredibly excited to return for another year.”

San Antonio FC announced on Tuesday the club had signed midfielder Ollie Wright for the 2021 USL Championship season, bringing aboard the former USL League Two standout for his first professional season. The signing is pending league and federation approval.

“We are excited to welcome Ollie to the SAFC family,” said SAFC Head Coach Alen Marcina. “Ollie, a standout performer for St. Mary's University, demonstrates the behaviors expected in our environment and team culture. He exhibits the skillset to execute the on and off the ball tasks required in our game model. As a staff, we look forward to assisting Ollie in his growth as a person and professional and excited to see his contributions to the team.”

Wright joins SAFC after playing his collegiate soccer at St. Mary’s University in San Antonio. The London, England native was named co-Male Athlete of the Year at St. Mary’s following his junior season where he recorded eight goals and 12 assists while leading the Rattlers to their first NCAA tournament in team history. In addition, Wright was named the Lone Star Conference Player of the Year along with the D2CCA South Central Region Player of the Year that season. Overall, in his time as a Rattler, the midfielder scored 13 goals and added 20 assists.

The 21-year-old also spent the 2019 USL League Two season with Corpus Christi FC, appearing in 14 matches and compiling 1,024 minutes played. Wright led the team with seven goals and 15 assists over the course of the regular season. Prior to moving to the United States, Wright spent time in strong English academies including Fulham and Brentford.

“I’m very happy to be here,” said Wright. “San Antonio is my home away from home and I’m absolutely buzzing to be playing for the local club.”

San Diego Loyal SC announced on Tuesday it had added another new piece to its back line with the signing of defender Ebenezer Ackon, pending league and federation approval.

A native of Ghana, Ackon spent the past two seasons in the Championship with San Antonio FC and made 33 appearances for the club during the 2019 season. Prior to joining the professional ranks, the 24-year-old competed for two seasons at Bowling Green University, and also featured for Lansing United in USL League Two where he made 11 appearances for the club and was named to the All-Central Conference Team in 2018 alongside current SD Loyal defender Grant Stoneman after helping his side reach the League Two Playoffs.

"I’m super excited to gain the trust from the staff and I appreciate them for giving me and my family this huge opportunity,” said Ackon. “I can’t wait to integrate myself with such a great organization and I’m ready to give it my all for the club and Loyal fans."

Prior to signing with San Antonio, Ackon had been selected in the Third Round of the 2019 MLS SuperDraft by Chicago Fire FC after being selected to the All-Mid American Conference First Team the prior fall after a standout season at Bowling Green.

“’Eby’ is extremely talented and has the potential to be one of the best center backs in our league,” said SD Loyal EVP of Soccer Operations and First Team Manager, Landon Donovan. “He is humble, hungry for success and motivated to help SD Loyal lift its first trophy!”