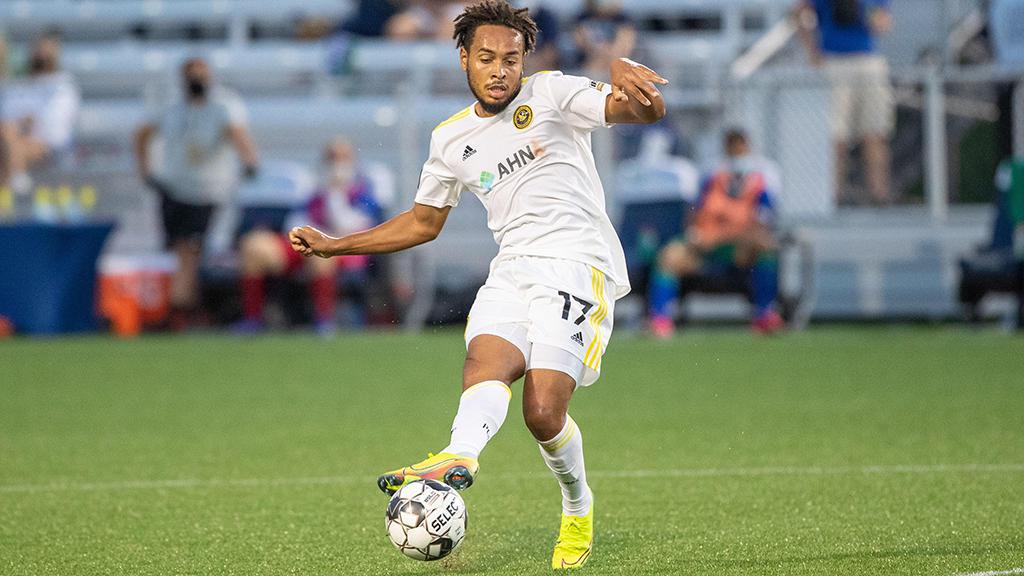 ”Thomas is widely known throughout USL as one of the best defenders in the league,” said SDL Loyal EVP of Soccer Operations and First Team Manager, Landon Donovan. “When he became available, we jumped at the opportunity to sign him.  He is versatile, intelligent and has been a winner everywhere he's played. We can't wait to see him on the field for us.”

A French Guiana international, Vancaeyezeele most recently played for Pittsburgh Riverhounds SC, where he was a key starter and instrumental in the club’s success as it finished at the top of the Championship’s Eastern Conference in 2019. During his three seasons with the Riverhounds, he earned All-USL First Team honors in 2020 and All-USL Second Team honors in 2019.

The 26-year-old has made 80 regular-season appearances and recorded five goals in more than 7,000 minutes of action. He’s proven to be an elite defender with 194 clearances and 170 interceptions. Prior to his career in the USL, Vancaeyezeele led the University of Charleston to a NCAA Division II National Championship and earned National Player of the Year honors.

“After three seasons with the Riverhounds, I was in need of a new challenge,” said Vancaeyezeele. “San Diego Loyal is not only going to provide that challenge, but with a team of experienced and successful players, I think we’re going to win a championship in the very near future. A championship and Coach Donovan are the reasons why I decided to sign. I can’t wait to get started!”

“I want to thank Indy Eleven for giving me this opportunity,” said Timmer. “I look forward to getting out on the pitch and doing whatever it takes to win games and bring a championship to this great city.”

The 23-year-old Timmer made an immediate impact during his rookie season in Reno, starting 11 of his 15 appearances for the Championship side, including both of the club’s contests in the 2020 Championship Playoffs. Timmer ended the season with one assist and finished amongst the squad’s leaders with 33 clearances (2nd), 20 aerial duels won (3rd), 12 blocks (3rd), 24 interceptions (4th) and 13 tackles won (4th) from his center back position.

“Jared is a player we kept tabs on during and after his time at Butler, and we are thrilled to bring him back to Indianapolis after he performed quite well during his rookie season,” said Indy Eleven Head Coach Martin Rennie. “While he played a lot as a defender last year he was a standout midfielder in college, and we expect that versatility will allow him to compete for minutes at multiple spots on the field for us in 2021.”

New York Red Bulls II goalkeeper Luca Lewis was on Friday introduced as the latest player from the organization’s Championship squad to sign an MLS contract with the Red Bulls. Lewis had previously signed with Red Bulls II on September 22 after a full season with Torino FC Primavera in Italy.

“We’re pleased to add Luca to the First Team,” said Red Bulls Head of Sport Kevin Thelwell. “He’s a good young talent with a range of experiences that have helped him develop his game physically and mentally. We like what we’ve seen from him the last few months and think his game fits well with our style of play.”

Lewis, 19, made three starts for NYRB II to conclude the 2020 Championship season. The New York City native began his soccer career at the IMG Academy at 12, competing with the Under-13/14 team.

“Luca is a good young goalkeeper with a lot of qualities we like," said Head Coach Gerhard Struber. "He is big, athletic, and he understands the way we want to play. As a coaching staff we look forward to working with him to continue his development.”