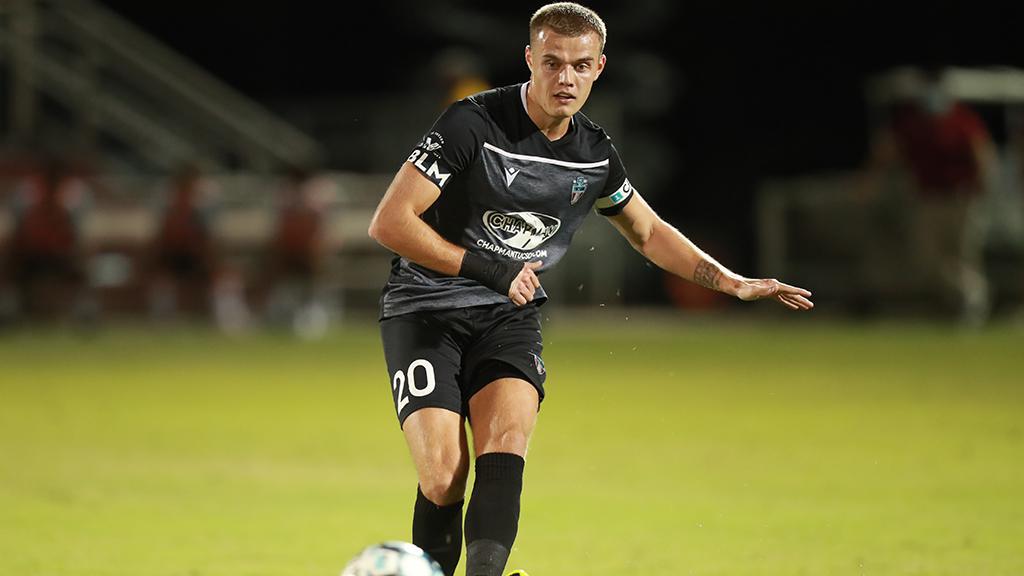 EL PASO, Texas – El Paso Locomotive FC announced on Thursday it had signed defender Niall Logue for the 2021 USL Championship season, pending league and federation approval, the club announced today. Logue joins Locomotive FC after a successful year in USL League One with FC Tucson, where he started all 16 of the club’s regular season contests.

“Niall is a big signing for the club. He has a great soccer background, has the perfect characteristics to play in our backline, and is someone who lives and breathes the game,” said Head Coach and Technical Director Mark Lowry. “Many feel – and I happen to agree – that he was the top center back in USL League One this past season. He was top of passes completed for the whole league and is left-footed which gives great balance to our build-up play. He fits the mold of an El Paso Locomotive player; team first, desire to win, and an attitude to learn. We can’t wait to get him in with the group for 2021 and beyond.”

A native of Ireland, Logue began his youth career in Derry with Institute FC before beginning a collegiate career at Yavapai College in Arizona before transferring to Ohio State University. With the Buckeyes he made 37 appearances and recorded two goals and one assist in two seasons. Logue’s professional career began in 2018 where he made four appearances in Ireland’s top-flight with Derry City before going on a short loan with Finn Harps FC in League of Ireland First Division. In 2019, Logue signed with Finn Harps, making 17 appearances with one goal to help lift the team to a promotion to the Premier Division.

He arrived in Tucson for the 2020 season and quickly established himself at the League One club as he played every minute of the regular season, one of only four players in the league to do so. Logue tied for third in League One in both clearances (63) and blocked shots (14) and won 58.7 percent of his duels.

“I’m ecstatic honestly. Really happy to finally get it all done and dusted,” said Logue. “I’m super excited to get in, meet all the lads, get on with preseason, and start integrating myself into the team. Over the last two years, you’ve seen Locomotive be really successful so I’m just hoping to go in there and help continue that. I feel like the objective is to go and win everything and they’ve come close the last two years. 2021 is a big opportunity for us to take that extra step and hopefully, I can be a big part of that.”