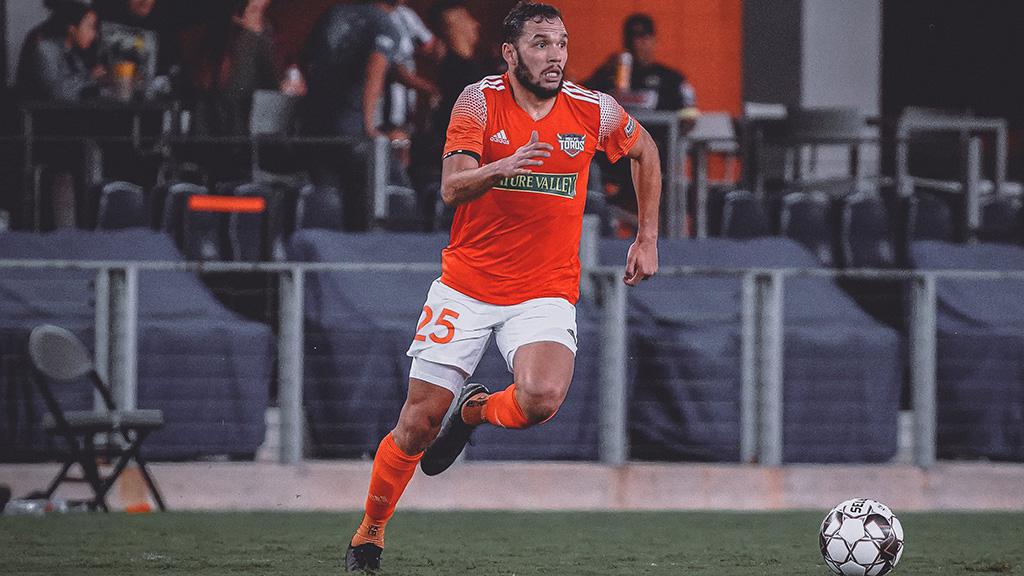 Azocar recorded one goal in two appearances for the Toros during the 2020 season after arriving at the club on loan late in the season. A former member of the Venezuela U-20 National Team, the 25-year-old has made more than 125 appearances in his professional career in his native country.

The Toros currently are in ongoing discussions with a number of players to return for the 2021 season.

The Charleston Battery announced on Wednesday it had exercised the contract option to retain Stavros Zarokostas for the 2021 season. The dynamic forward will look to make an even bigger impact in his second season for the Black and Yellow after showing off his eye for goal this past year.

Zarokostas made a seamless transition from the college to professional level playing 838 minutes in his first year for the Battery. Through 16 appearances, the native of Leonidio, Greece scored five times, second only to team co-leaders Zeiko Lewis and Nicque Daley, with several goals coming at crucial points during the 2020 season. Zarokostas’ lone goal in the 22nd minute of a shutout victory over the Tampa Bay Rowdies handed Tampa Bay its first loss for the season. Stavros’ third goal, a brilliant curling effort from 30 yards out against The Miami FC on September 5, earned the Championship’s Goal of the Month honors.

Named the Battery’s Betsy McAdams Newcomer of the Year, Zarokostas had previously been a Third Round selection of the New York Red Bulls in the 2020 MLS SuperDraft after competing collegiately at the University of Rhode Island where he scored 28 goals in 74 appearances for the Rams.

Hartford Athletic announced on Wednesday that midfielder Conor McGlynn will return to the roster for the 2021 season after the club exercised his contract option.

A native of Middle Village, N.Y., McGlynn caught the eye of former Athletic Head Coach Radhi Jaïdi during the club’s offseason tryouts and earned an invitation to preseason training. He impressed throughout and earned his way into the starting lineup for the first match of the season. McGlynn played every minute of every match until he suffered a knee injury in the second half of the August 2nd match against Loudoun United FC. He was able to return at the end of the season, appearing in the final five matches, and scored a decisive goal against the New York Red Bulls II in Hartford’s final game of the regular season that earned the side first place in Group G as the club reached the USL Championship Playoffs for the first time.

“Hartford Athletic helped me achieve my goal of becoming a professional soccer player and I couldn't be happier or more thankful that I will be back for another year,” said McGlynn. “I’m so proud of the success we had on the field last year. We have a great core of returning players and I look forward to building on our success together.”

Phoenix Rising FC and midfielder Sam Stanton have mutually agreed that the club will not exercise the option on his contract for next season.

“We wish Sam all the best and thank him for his efforts in helping us to win our second Western Conference Championship during a difficult 2020 season,” said Rising General Manager Bobby Dulle. “Because of the projected late start to the 2021 USL season due to COVID-19, it was best for Sam to return to Scotland, where he can continue playing immediately. He had a very strong finish to his 2020 season. We agreed to give him the opportunity to use that momentum to advance his career.”

Stanton logged 1,312 minutes in 18 appearances during the 2020 season, scoring three goals and an assist. His first goal of the year did not come until September 11, but Stanton then scored twice in a 4-1 win against LA Galaxy II on October 3 and started every match for Rising on its way to the 2020 Western Conference Title.