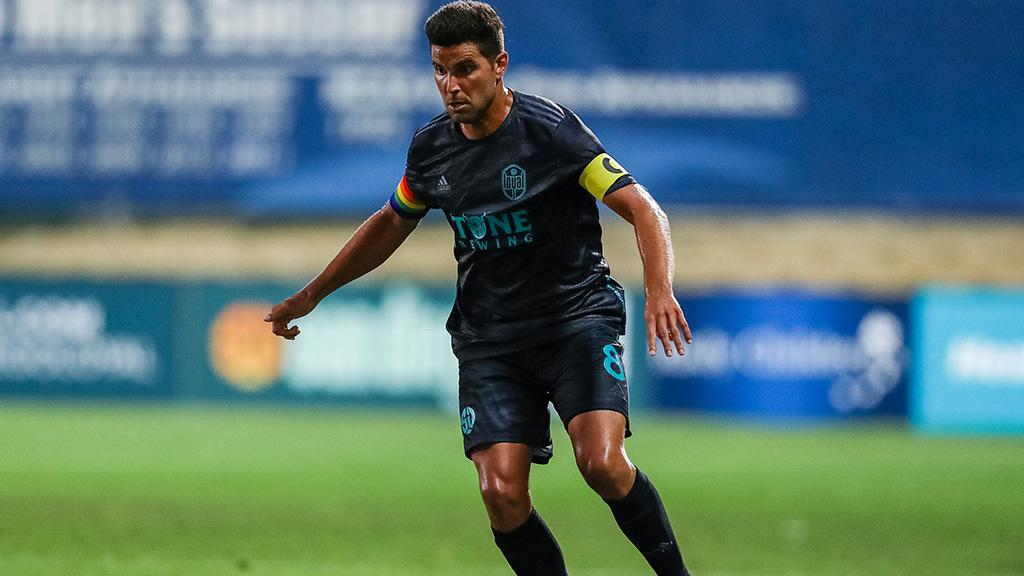 A native of San Diego and the club’s first signing in its history, Zizzo was previously under contract for the new season. The veteran defender had a solid first year at the club, completing 85.8 percent of his passes while averaging 66.7 passes per 90 minutes in his 10 appearances and winning 10 of 10 tackles during the campaign.

The six remaining players – each of whom sat in the top seven in minutes played for SD Loyal last season – have each signed new deals ahead of the 2021 campaign.

Elijah Martin returns to the club after playing a leading role on the back line in its first season. The 24-year-old California native led the side with 24 interceptions, 16 tackles won and 61 duels won defensively while also recording one assist and six key passes in attack. He was joined in a solid back line by Stoneman, who after earning All-League honors in USL League One in 2019 finished second in the Championship in blocked shots (17) during the 2020 season and led SD Loyal with 880 passes and 53 clearances while also recording 21 interceptions and winning 15 of 19 tackles.

Metcalf returns to the side after leading San Diego with 1,269 minutes of action, four assists and 20 chances created in the 2020 season. The English native also proved solid defensively with 17 interceptions and 25 clearances as he continued a solid Championship career that had previously seen him compete for the Charlotte Independence and Atlanta United 2.

Collin Martin is set for a second season with SD Loyal after a positive season that saw him record an 87.2 passing accuracy rate on 643 total passes – which placed him 14th among players with at least 600 passes in the regular season – and also record one goal, one assist and 10 key passes in the center of midfield.

Adams, who scored the first goal in SD Loyal’s Championship history against Las Vegas Lights FC last March – also returns after finishing second on the club with 1,265 minutes of action in his first season. A regular season title-winner in the Championship with Real Monarchs SLC in 2017, Adams ranked third on the team with 59 duels won and completed 84 percent of his passes at a rate of 40.5 passes per 90 minutes.

Moshobane, meanwhile, led SD Loyal in both shots (14) and shots on goal (12) in his first season in the Championship after starring in USL League One during the 2019 campaign. The South Africa native also ranked second on the team with 14 chances created.