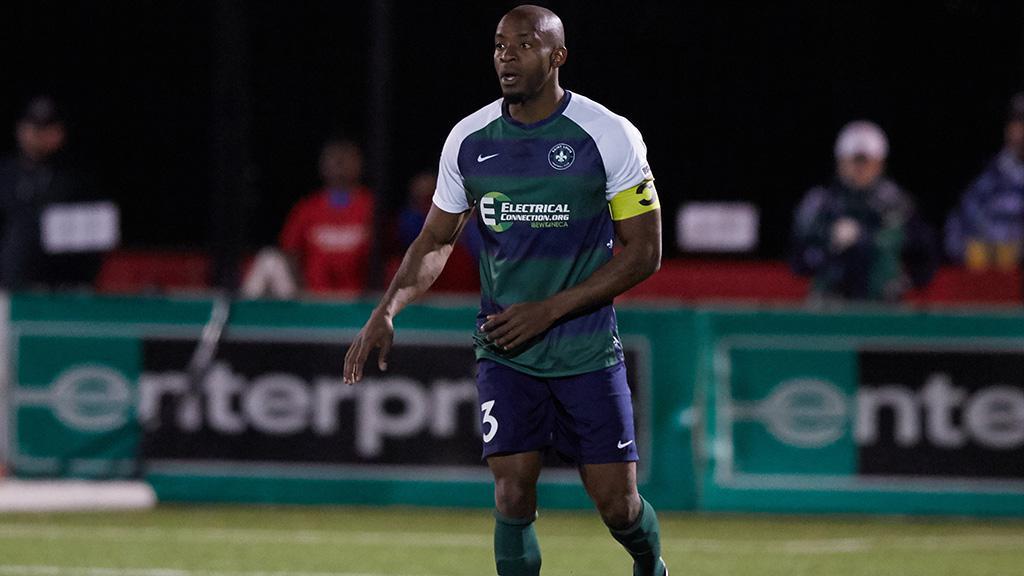 “Phanuel is an excellent defender with experience at center back in both MLS and the USL Championship,” said President and GM Jay Heaps. “We’ve tracked him since his time at Clemson and into the MLS, and we believe he will be a great addition to our back line.”

This past campaign Kavita was Saint Louis’s leader in passes, blocks, and minutes played, was second in clearances, and fourth in tackles and tackles won. Over the past three seasons, Kavita ranks tied for third in the Championship with 59 blocks, and has also recorded 215 clearances, 67 interceptions and won 69.4 percent of tackles.

Kavita moved from Lubumbashi, Democratic Republic of the Congo, to join the Real Salt Lake Academy, before playing collegiately at Clemson University from 2011 to 2014. As a Tiger, he started in all 81 games in which he featured and captained the team to the ACC Tournament Championship, where he was named to the All-ACC Tournament team in 2014.

Sacramento Republic FC announced on Tuesday it had signed defender Duke Lacroix ahead of the 2021 USL Championship season, pending league and federation approval.

“We are very familiar with Duke from his time at Reno and were always impressed with his two-way abilities on the left flank,” said Republic FC General Manager Todd Dunivant. “He is a versatile player but also a student of the game. We love his growth mindset, and he will further enhance our indomitable team mentality.”

The 27-year-old defender joins Republic FC after a season with Charlotte Independence in which he started every match while helping the Jacks return to the USL Championship Playoffs for the first time in three seasons. As a center- or left-back in the Independence’s back line, Lacroix won 80 percent of his tackles, finished in the team’s top three with 726 passes, and fourth with 20 clearances. His strong week 15 performance helped Charlotte shut out North Carolina FC, clinch first place in Group G, and earned his sixth career Championship Team of the Week Selection.

A former U.S. Youth National Team player, Lacroix’s first season in the Championship came in 2017 with Orange County SC. The following year he joined Reno 1868 FC where he proved a key figure in the club’s back-to-back postseason appearances. During two seasons in Reno, Lacroix logged 62 appearances, scored four goals and notched 11 assists. In 2019, he earned four USL Championship Team of the Week selections in a campaign where he created 42 scoring chances – second-most on the club.

Oakland Roots SC announced on Tuesday it had re-signed Soccer Without Borders product Yohannes Harish. An original from both the 2019 and 2020 league seasons, Harish is an Oakland International High School graduate and former Holy Names University midfielder who became a staple of the 2020 Roots starting XI.

“Yohannes is someone who wears our purpose and mission on his sleeve,” said Roots Technical Director Jordan Ferrell. “He is a dynamic, creative player who represents our style and the way we want to bring the elements that make Oakland special onto the pitch.”

Harish was born in Eritrea and moved to Oakland at the age of 14. He played for Soccer Without Borders Oakland (SWB), a purpose partner of the Oakland Roots, while attending Oakland International High School. SWB Oakland serves more than 350 newcomer refugee, asylee, and immigrant boys and girls in Oakland through year-round programs and summer camps. Following high school, Harish went on to play locally for Holy Names University in Oakland, where he was named captain during his junior and senior seasons.

“I have been involved with Roots since the beginning and it has been such an exciting journey and I have made a lot of progress as a player as well as a lot of sacrifices and put a lot of work to be where I am today,” said Harish. “I’m thankful to the Oakland Roots organization for this opportunity to prove myself and challenge myself once again. I’m excited to start a new chapter in this new journey with the Roots.”