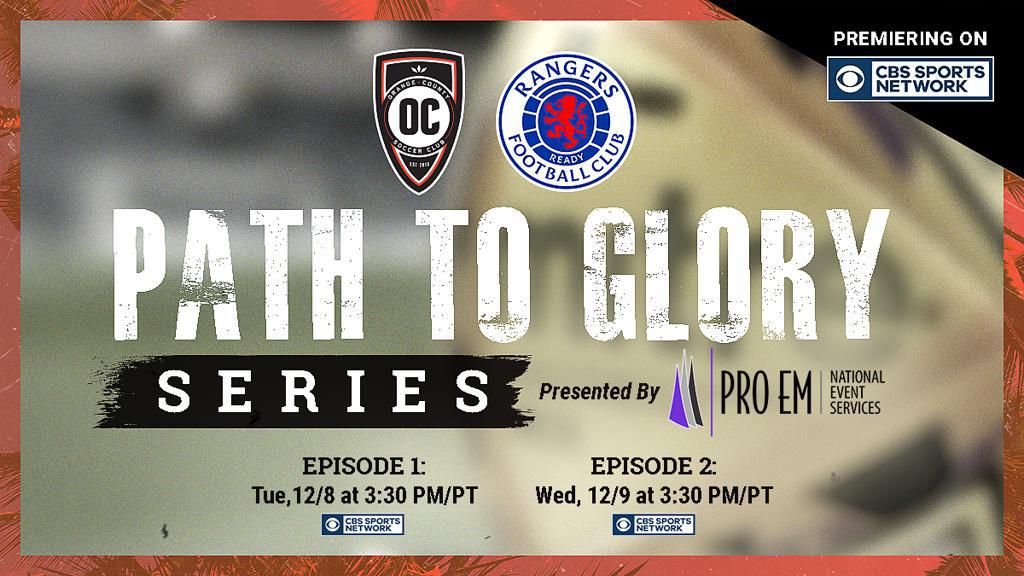 The documentary follows the professional journeys of three young players from each club as they cross the Atlantic to live and train far from home in the other’s country (Glasgow, Scotland and Orange County, California), with the goal of advancing their careers and someday playing for Rangers first team in front of 55,000 fans at Ibrox Stadium in Glasgow.

Ultimately, all the players return to the United States to compete for minutes in the USL Championship with OCSC during a global pandemic. Over the course of the season, all of the players featured in the documentary made appearances for OCSC, culminating with the historic transfer of OCSC goalkeeper Aaron Cervantes to Rangers FC, the transfer of Danny Finlayson to Scottish Premiership club St. Mirren FC and the loan of Cammy Palmer to Clyde FC.

“It has been a tremendous opportunity to document for the world how our unique partnership with Rangers FC and our innovative player development strategy has already produced several successful results,” said Jeff Garner, OCSC President of Business Relations. “We are proud to display the commitment of our two Clubs, our coaches, and players, as we continue to grow our dynamic Pathway to Professional in Southern California.”

“Path to Glory” was produced by Emmy award-winning Prohibition Films. The Los Angeles-based production company has a history of producing award-winning long and short-form documentaries for sports networks. “Path to Glory” is slated to air on CBS Sports Network at least twice in December, continuing CBS Sports dedication to soccer programming.

When OCSC and Rangers FC forged their strategic partnership in 2019, the goal was to build both brands globally and develop soccer talent between the two clubs. For the past year, the two clubs have been working on a Documentary to highlight the partnership and the players involved. -

“We’re delighted that CBS Sports has selected our ‘’Path to Glory’’ documentary to air in the U.S.,” said James Bisgrove, Commercial & Marketing Director, Rangers Football Club. “The four-part documentary provides a unique insight into Rangers strategic partnership with Orange County SC and tells the behind-the-scenes story of several young players on their footballing journeys between Glasgow and Southern California.

“We look forward to making the series available to our UK and international supporters via the RangersTV platform.”