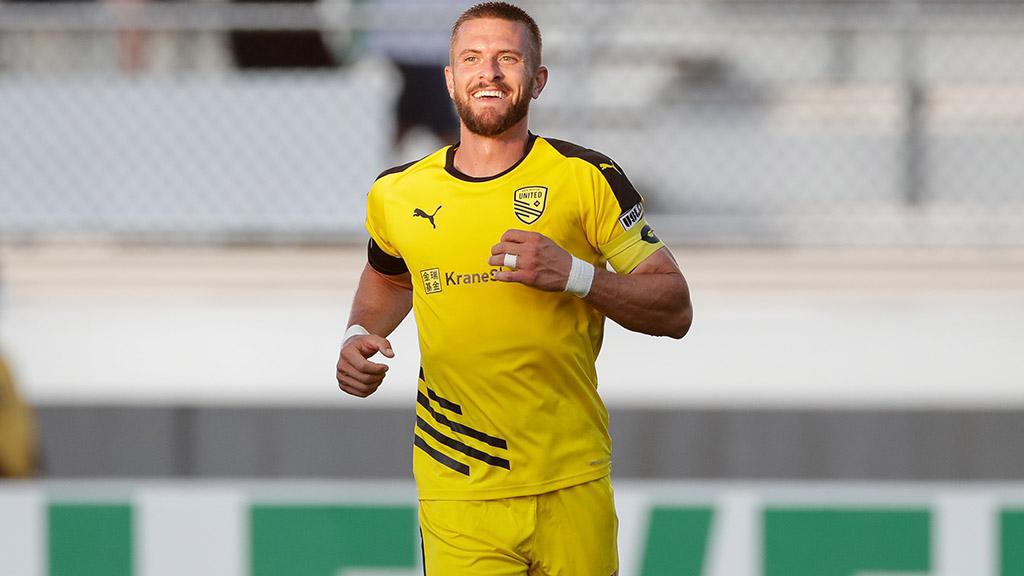 ALBUQUERQUE, N.M. – New Mexico United captain Josh Suggs has signed a new contract to return to the club for its third season in the USL Championship as the club continued to retain a collection of key core players for the 2021 season. The signing is pending league and federation approval.

Suggs will be joined in United’s squad by a number of key figures in the club’s run to the Western Conference Semifinals of the 2020 Championship Playoffs. Remaining under contract for the new season are Championship All-League First Team selection Kalen Ryden, New Mexico native Devon Sandoval, and Amando Moreno, who recorded six goals and four assists in his first season at the club.

Also returning to the club on new contracts are defenders Austin Yearwood and Justin Schmidt, and midfielder Juan Pablo Guzman.

Suggs has been a mainstay in the Championship since competing for Orange County SC in the 2011 season, and this season moved into second place all-time in the league’s history with 16,312 minutes in the regular season. A native of Las Cruces, N.M., Suggs has recorded nine goals and 22 assists in 192 regular season contests and has made 38 regular-season appearances for United in its first two years.

Sandoval, meanwhile, returns for the new season tied for the club’s all-time lead in regular-season goals with 16 tallies in United’s first two seasons. The veteran forward has recorded 20 goals in 73 appearances in the Championship for his career, having previously competed for both Real Monarchs SLC and Atlanta United 2 before returning to his home state as United’s first official signing.

New Mexico will continue to make additional announcements on player returns, departures and new signings in the coming weeks as the 2021 player roster continues to take shape.