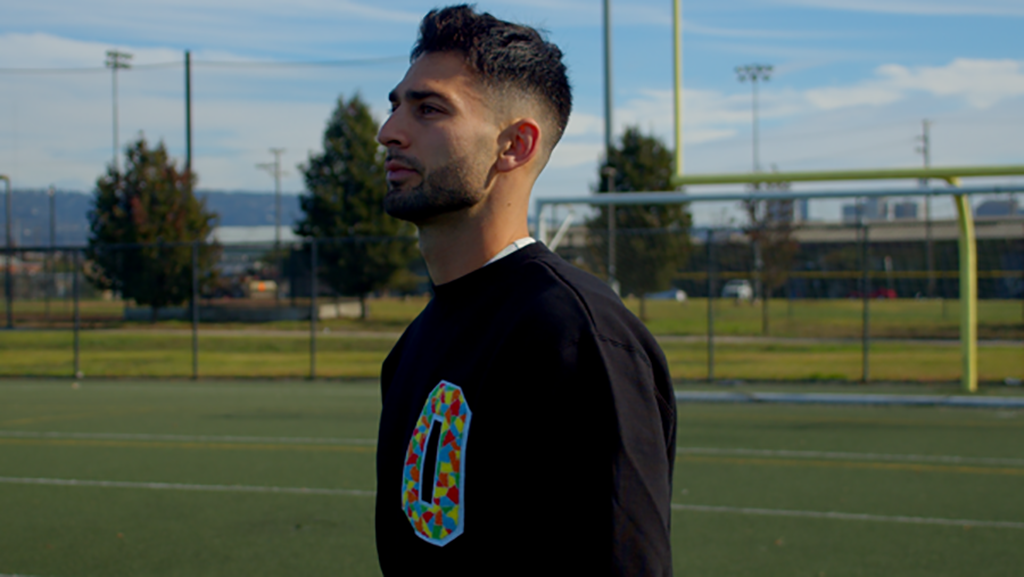 Max Ornstil was unveiled as the newest member of Oakland Roots SC on Tuesday, adding another local standout to the club's squad ahead of the 2021 Championship season. | Photo courtesy Oakland Roots SC

OAKLAND, Calif. – Oakland Roots SC welcomed back another local standout for its first season in the USL Championship on Tuesday as defender Max Ornstil signed with the club for the 2021 season. The signing is pending league and federation approval.

A native of Berkeley that played at Santa Clara University, Ornstil has spent the past four seasons with the Portland Timbers 2 in the Championship where he has made 65 regular-season appearances and recorded 4,580 minutes of action. Ornstil has won 53 percent of duels in his career and 65.4 percent of tackles, while recording four goals and one assist in attack.

In an open letter posted on Roots’ website, Ornstil laid out why he’s excited to be back in his hometown.

“I played my first soccer game at Raimondi Park in West Oakland when I was 6,” said Ornstil. “I fished trash out of Lake Merritt when I went to St. Pauls. I landed my first kickflip at the 4 stair next to Rockridge BART. Marshawn Lynch helped my Bay Oaks team move a goal at a soccer practice at Oakland Tech. I waited in line at the Taco truck on 34th, Fentons, and Bakesale Betty’s because yes, it’s worth it.

“I’ve been in Oracle during a closeout playoff game, on the field after a fireworks A’s game, in the Coliseum for a vintage Raiders home win. I yelled at the tv every time they’d show the Embarcadero, or Fisherman’s Wharf, in NBA Final previews because the Warriors played in Oakland and not San Francisco. I put two 12’s in the trunk of my first car because that’s what you do in Oakland. I may have been gone for a few years, but you’ve been a part of me the whole time. I am not who I am, without growing up in Oakland.”

ADEWOLE HEADS TO PHOENIX’S BACK LINE

Phoenix Rising FC announced on Tuesday it had signed defender Tobi Adewole, pending USL and federation approval. Adewole most recently competed in the Championship for Saint Louis FC, and helped the side reach the 2020 USL Championship Playoffs this past season.

“I’m blessed to have an opportunity to play for such a powerhouse club,” said Adewole. “I’ve been in the East my whole USL career, so I’m excited for the challenges the Western Conference will bring. I am looking forward to meeting my new teammates, the staff and fans. I cannot wait to get started.”

The 6-foot-2 center back began his professional career in 2017 with Pittsburgh Riverhounds SC, spending three seasons with the club. In 2019 he helped the Hounds finish in first place in the Eastern Conference and earn its first postseason victory in the Championship. Adewole appeared in 12 matches for Saint Louis this past season, and has made 82 regular-season appearances in the league overall while logging 6,730 minutes of action.

“We are very excited to have Tobi join our team,” said Phoenix Rising head coach Rick Schantz. “His size and athleticism complements our team well. He is strong in the air and a very good defender with experience at this level. He will help us in our quest for trophies.”

Orange County SC announced it had re-signed midfielder Brian Iloski for the 2021 Championship season on Tuesday, bringing back one of the club’s key playmakers from the past campaign for a second year at the club. The signing is pending league and federation approval.

Iloski appeared in 15 games for Orange County in the 2020 campaign and recorded one assist but ranked fourth in the Championship with 39 key passes over the course of the year. The 25-year-old former UCLA standout also recorded 20 shots, 10 of which were on target, and had a passing accuracy rate of 81.7 percent on a passing rate of 28.3 passes per 90 minutes.

Previously, Iloski had played for the LA Galaxy II during the 2019 Championship season where he recorded two goals, four assists and 48 key passes in 15 appearances while helping Los Dos to reach the USL Championship Playoffs.

Real Monarchs SLC announced on Tuesday it had re-signed five-year veteran defender James Moberg to a two-year contract that will keep him at the club through the 2022 USL Championship season. The signing is pending league and federation approval.

“I’m so thankful to continue my career in a place that my wife and I consider home,” Moberg said. “Thank you to the coaching staff, teammates, fans and organ action as a whole for their continued belief in me. I’m black for another run, and I’m her for simply one reason – to win!”

Moberg is the longest tenured player on the Monarchs roster, having been with the team since 2016, and is the only rostered player to lift both the USL Regular Season and the USL Championship trophies with the Monarchs, as well as the only player to appear in all three postseasons. In his five years with the club Moberg has played in a combined 90 regular season matches, scored three goals, tallied four assists and has participated in three consecutive playoff berths from 2017-2019.

“We are ecstatic to solidify James within our Monarchs roster through the 2022 season,” Assistant General Manager Tony Beltran said. “His presence gives us significant experience and leadership on the field while also providing a fantastic role model for the young players within our system. James is an exceptional professional and we greatly value his commitment to the Club and advocacy for the game within our soccer community.”