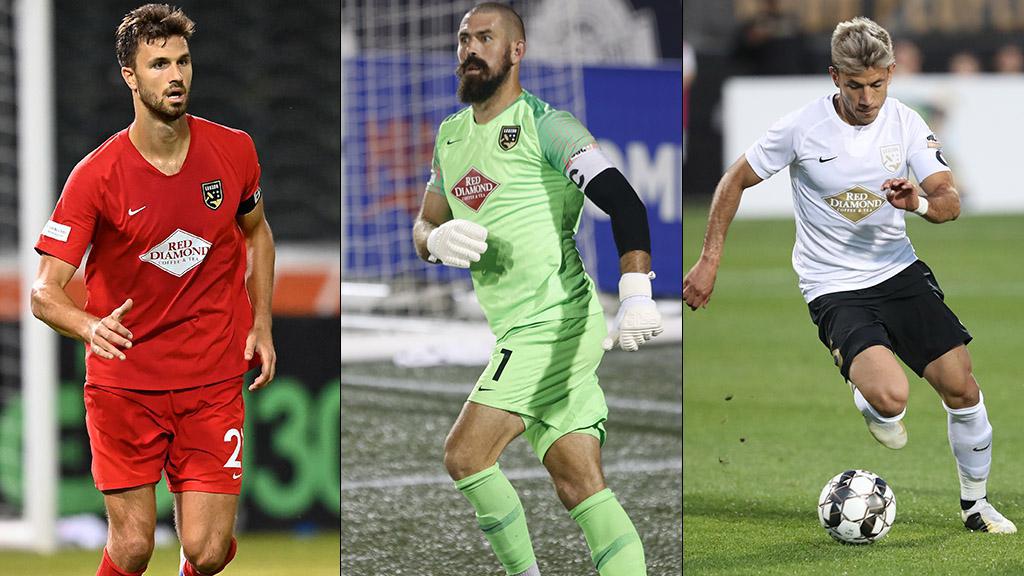 BIRMINGHAM, Ala. – Birmingham Legion FC announced on Tuesday it had signed goalkeeper Matt VanOekel, defender Alex Crognale and midfielder Mikey Lopez to new contracts, and that a core of 11 players overall were set to return for the 2021 USL Championship season.

“We are excited about the return of a strong group of our core players,” said Legion FC President and GM Jay Heaps. “And while we had difficult roster decisions to make, we also have created flexibility to add players that can make us stronger in 2021.”

The club also announced that it had declined options on Brian Wright, Prosper Kasim, Razak Cromwell and Rudy Mensah, while Josh Bauer and Mathieu Laurent are out of contract. Negotiations are also ongoing for a possible return for Daigo Kobayashi, Trevor Spangenberg and Jake Rufe.

Alex Crognale is also set to return for his second year at the club after earning Championship All-League Second Team honors this past season. The elder of the Crognale brothers also claimed the club’s Defender of the Year award as he led the side in passes, clearances, tackles, and duels won.

The club also brings back Golden Boot award winner Brett, who led the team with nine goals in 2020, as well as Newcomer of the Year, Dean, who tied with Lapa for the team lead in assists, and 2019 Fan’s Choice Award winner VanOekel, who finished ninth in the league this year with four shutouts.