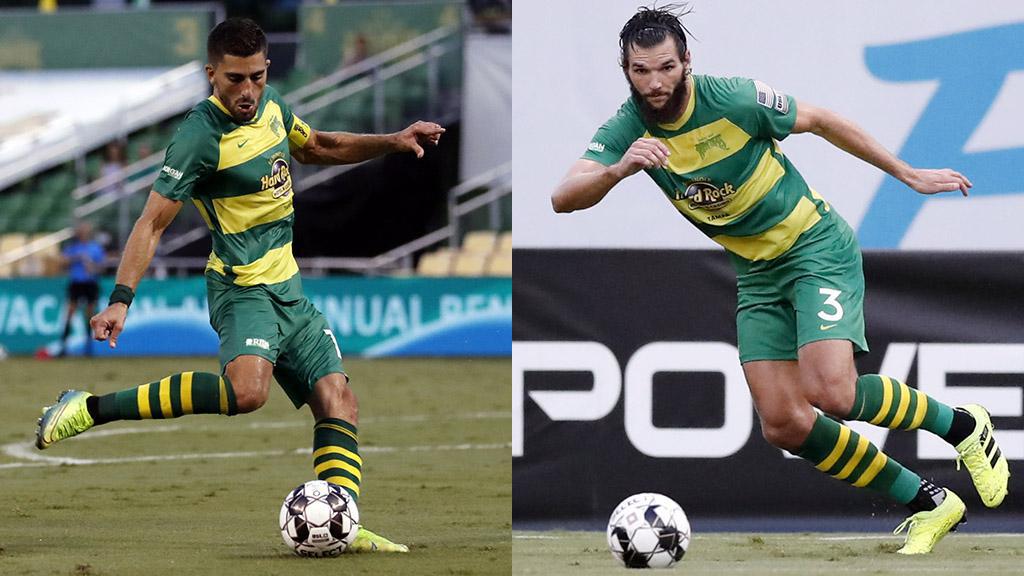 Sebastian Guenzatti and Forrest Lasso will both be part of the Tampa Bay Rowdies' Eastern Conference Title defense as two of the nine players confirmed as returning to the club in 2021 on Monday. | Photos courtesy Matt May / Tampa Bay Rowdies

ST. PETERSBURG, Fla. – Tampa Bay Rowdies captain Sebastian Guenzatti and 2020 USL Championship Defender of the Year Forrest Lasso are among the nine players the club confirmed will return for the 2021 season on Monday as the Championship’s Eastern Conference Title-winner announced its first roster moves of the offseason.

“We are excited to see the core of our team return next season and believe this group of players can build upon last season's success because they all share a collective desire to win, and that is exactly what we are looking for in 2021," said Rowdies Head Coach Neill Collins. "I would like to thank each player that was part of such a memorable season in 2020 and wish them all the best in the future.”

Guenzatti has recorded 36 goals and 10 assists in 89 appearances for the Rowdies since joining the club midway through the 2017 Championship season. Selected to the 2019 Championship All-League Second Team, the Uruguayan is set to be the next player to record 100 appearances for the Rowdies in the club’s modern era, joining the likes of Takuya Yamada, Frankie Sanfillipo and Georgi Hristov in the club’s modern history.

Lasso earned his second Championship Defender of the Year honor in 2020 and his fourth consecutive All-League First Team selection in his first year with Tampa Bay. The center back had previously won the award in 2018 at FC Cincinnati, and this past season helped lead a Rowdies defense that conceded only 11 goals in 16 regular season contests, second-fewest in the league.

“We look forward to having these talented players back in 2021,” said Rowdies President Lee Cohen. “They were instrumental in our success this past season, and we are excited to have them on the field to help propel us back to the championship. We are hopeful to see more players from the 2020 season return very soon.”

The Tampa Bay Rowdies roster remains in development and new players will be announced throughout the offseason.