MURRAY: This Thanksgiving, the Players We Are Thankful For 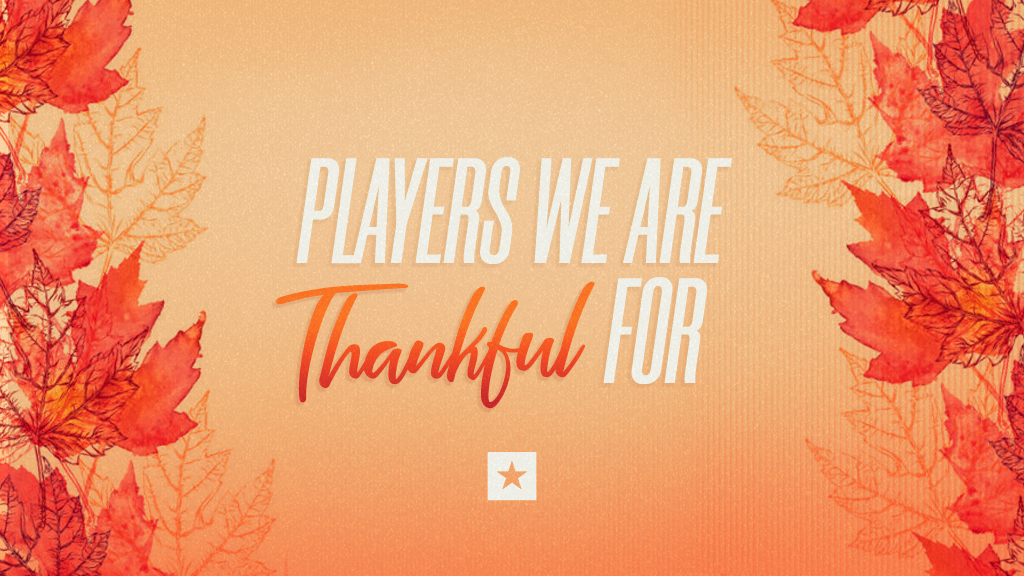 If there’s something you should know about the USL Championship, it’s that it’s filled with not only great players, but great people.

I’ve been fortunate to get to know a lot of them in the decade I’ve been at the USL, both past and present, while trying to do them justice in the stories I write, and you’ve probably realized how great some of them are when they’ve been guests on Steele Some Time with my colleagues Kelsi Steele and Scott Stewart, and through our From the Pitch series.

Unfortunately, there’s only so much space for a story like this. With that said, this Thanksgiving I wanted to say thank you to the players I’ve been thankful for during this extraordinary year.

If you want to share your stories, you’re more than welcome to come find me (@NJEMurray) or @USLChampionship on Twitter. 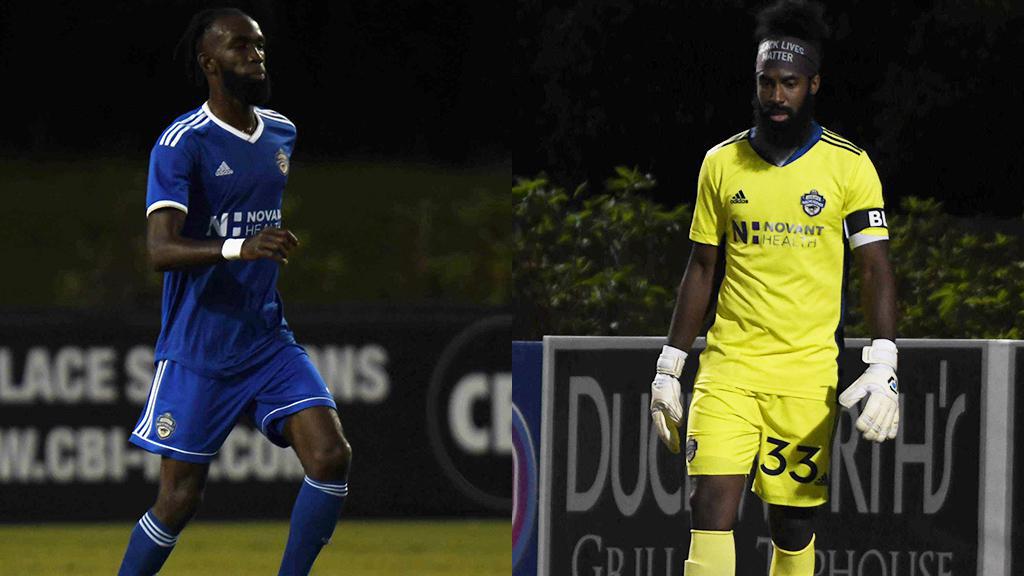 Both Brandon Miller and Hugh Roberts have been honored as All-League selections in their careers, and Miller as the Championship’s Goalkeeper of the Year in 2015, but this year their work to bring to life both the USL Black Players Alliance as well as lead new initiatives aimed at bringing the game to underserved communities across Charlotte has been instructive on how simple ideas can impact a broader group.

Coming out of a pair of group discussions on the experience of being a Black player in professional soccer hosted on Roberts’ BackYard Footy podcast, the USLBPA has now established ties with the USL and brought forward ideas that can help move the game forward while bringing more players into the spotlight.

“It took a few months to get everybody organized and form all of the conversations we needed to have, but here we are now, and our mission and our goal is to be impactful,” Miller said recently in a panel at The Future of U.S. Soccer focused on building anti-racist soccer clubs. “Our goal is to continue to have conversations with the league, with individual clubs on what we think the best route is moving forward in terms of the diversity in the league. We’ve had conversations with league executives about how we can make changes to show more diverse faces in their office, so those faces who are making the major decisions for our league and trickling down to our clubs are more diverse and those boardrooms are more diverse.” 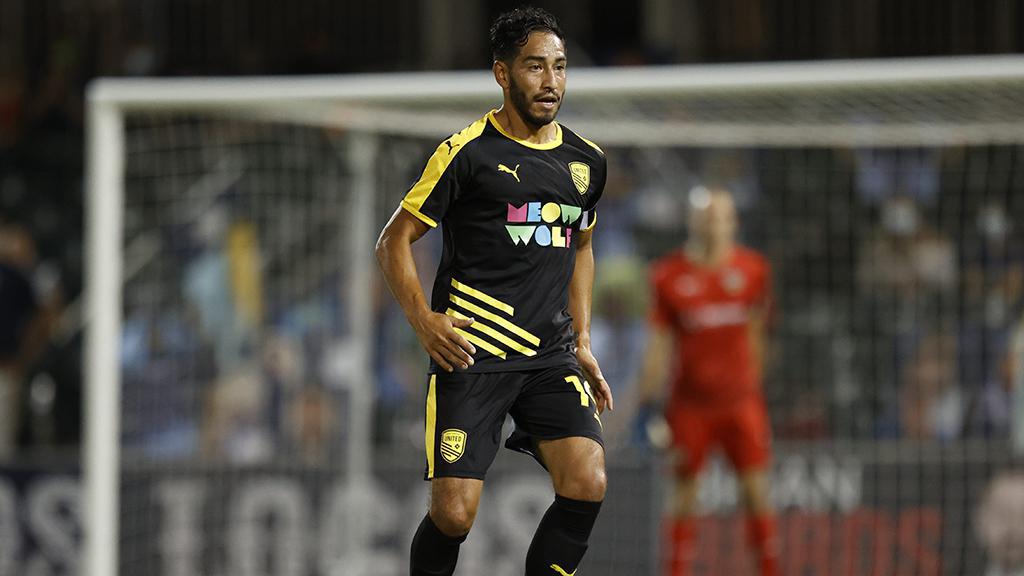 The ethos of New Mexico United has been clear from the moment the club arrived in the Championship, and has been backed up by its front office, staff and players. Maybe the best embodiment of what United is aiming to bring to not only Albuquerque but the state as a whole, though, is David Estrada.

Named the club’s Humanitarian of the Year, Estrada’s work off the field as a volunteer at the Herman Sanchez Community Center in the South Valley – particularly in a year a challenging as 2020 has proven – has helped bring much-needed help to the underprivileged in the city.

“For me, it’s just been a mission of mine to go to these communities, similar to where I grew up, to give back and try to be a positive light,” Estrada told KOB’s Brandon Ortega. “I’m just thankful that I am part of a team that prioritizes giving back to the community. … From the top all the way to people on staff, the front office and my teammates, we make it a priority to really be out in the community.” 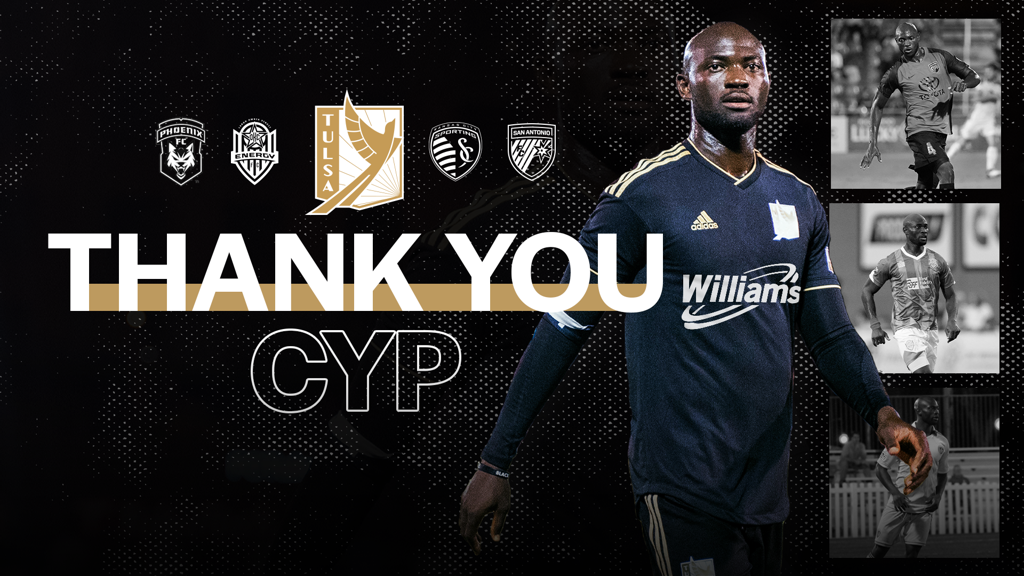 There comes a point for every player where the time for the next chapter arrives. After eight seasons, 169 regular season appearances and 13,909 minutes, this offseason was that moment for Cyprian Hedrick. If you judge by the tributes paid by the former teammates, clubs and fans on social media after his announcement, he’s going to be missed by many – myself included – when next season rolls around.

“I want to thank God for blessing me with a gift and allowing a little kid from Cameroon to live out his childhood dream,” Hedrick wrote in his farewell letter. “To all of the fans, staff, front offices, coaches, teammates, grounds crew, and team chaplains, I want to say thank you for helping me create memories I’ll never forget. To Sporting Kansas City, Energy FC, San Antonio FC, FC Tulsa, thank you for giving me the opportunity to represent your city and clubs.

“I’m excited to see what the future holds.” 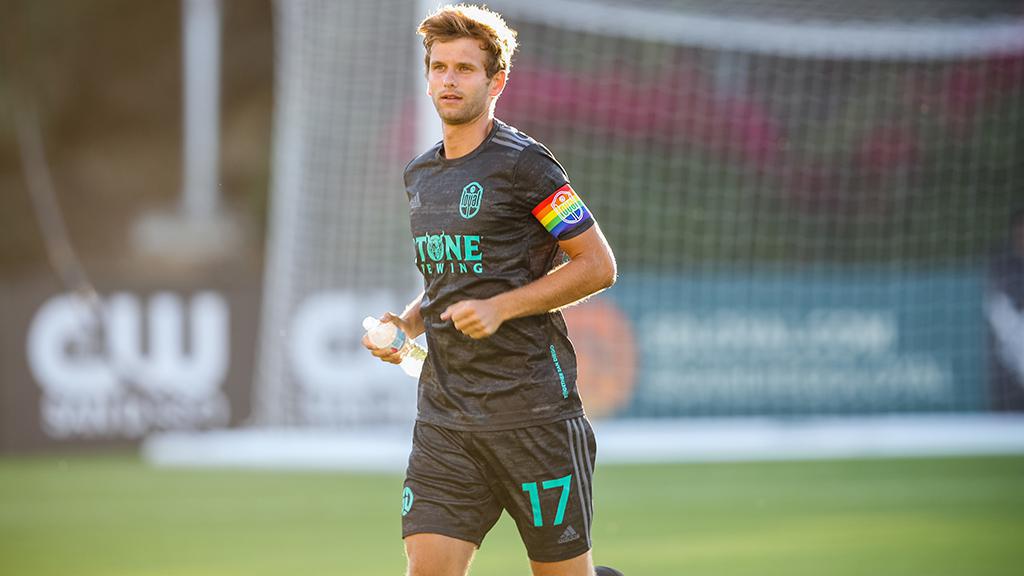 As many brilliant moments as 2020 brought us on the field, one of the lasting memories is going to be the images of San Diego Loyal SC walking off the field at Torero Stadium in support of Collin Martin on September 30 in its final game of the season. The homophobic slur addressed to one of the few openly gay male professional players in the world, and SD Loyal’s reaction as it backed its player to the hilt, drew worldwide attention.

“Personally, I was fine, but I just wanted something to be done for what I knew wasn’t right,” Martin told The Guardian’s Adam Elder recently. “And I think part of me being a role model and advocate for the community is, I can’t stand up against hate at all levels of the game and sport if I‘m not going to stick up for myself on the field, right?

“Listen, what he said to me didn’t hurt me to the point where I wanted to not play, but I knew I couldn’t just stand around and have that be something that is said on the field to me.”

As someone who brings a high level of talent on the field and has shown the way forward for a more tolerant and equitable game, I’m thankful to have had Martin as part of SD Loyal’s inaugural season, and for his work alongside other allies that will make soccer better now and in the future. 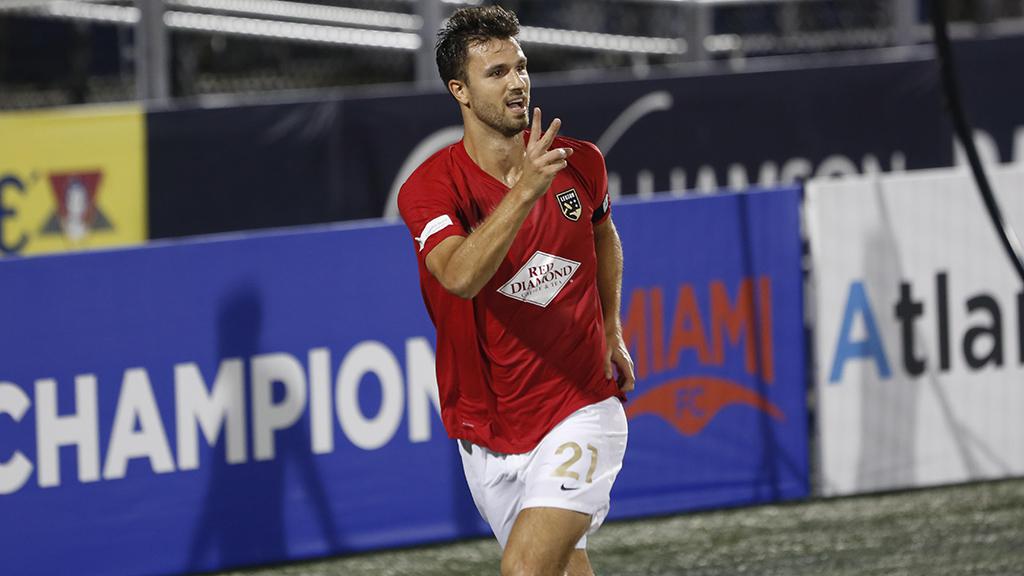 There is power in leadership aiming for change, but there is also power in allyship among those who can provide their voice and backing to build a movement. For Alex Crognale, who starred on the field this season as Legion FC reached the postseason for a second consecutive season, that’s his role alongside U.S. Men’s National Team goalkeeper Zack Steffen as they guide the Voyce Now Foundation, a new initiative aiming to unite athletes and their fans through advocacy and action to support and celebrate diversity in communities across the world.

“To think my best friend who I’ve known for seven years now,” Crognale said earlier this year. “We went to school together, we played professional together, we’ve always been in touch – to think that he could leave his house doing the exact same things that I’m doing but he might not make it home, that fact scares me.

Allyship can be found in many forms across the Championship through players like the Tampa Bay Rowdies’ Zach Steinberger and Rio Grande Valley FC’s Ben Willis. Crognale’s advocacy as Voyce teams with groups like the Boys and Girls Club of America is one that everyone should be thankful for.