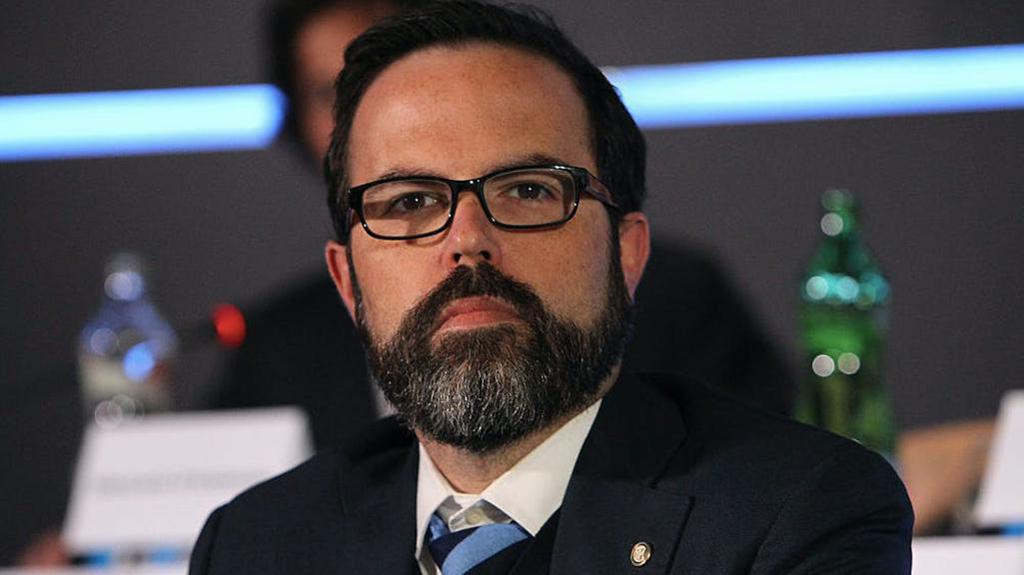 After spending five years as an executive at one of world soccer's biggest clubs, Inter Milan, Michael Williamson is now excited to lay the foundation for Miami FC's immediate and future success on and off the field as its new Chief Executive Officer.

For Michael Williamson, there have been few experiences that compare to entering the San Siro in Milan.

“When you walk into San Siro, you can hear the whispers in the walls from the great moments it has seen,” said Williamson, now Chief Executive Officer of Miami FC. “Candidly, for me one of the best things was to go on nights when there were no matches, when it was empty. You see the glow of the growing lamps on the pitch and just feel the power of the stadium waiting for the next big moment. It was a privilege to be part of a club that played in that stadium and see some memories as well.”

As Williamson arrived in 2014, Inter was a club with a proud history, one of the finest stadiums in Europe, and a fanbase that made it one of the biggest clubs in the world. It was also, however, in need of modernization to help shape its future course as a business entity rather than a family-owned organization.

The structural changes that Williamson helped implement not only included changes to the business model that have helped Inter move toward becoming a self-sustaining organization, but also brought the club forward into the digital age in the way it interacted with fans. Inter has an estimated global fanbase of 250 million people, so the ability to connect with different markets – and create new opportunities for game experiences – became a priority for Williamson.

The success of those initiatives coupled with helping Inter reclaim its place as a contender in Serie A and return to the UEFA Champions League became one of his proudest accomplishments over his five years at the club.

Inter’s prominence on the global stage has continued to grow. It now not only runs social media accounts in its native Italian and other European languages but also in Arabic and Japanese. Williamson believes, though, there is still the potential for more, especially in elevating Serie A’s overall prominence in overseas markets. The arrival of new overseas ownership groups – including those led by American Dan Friedkin at AS Roma, Canadian Joey Saputo at Bologna and more recently Kyle Krause, also leader of USL Pro Iowa, at Parma – has helped create some changes to the old way of doing things, but the perception continues to be that the league’s overall commercial potential remains unrealized.

“I recently saw an interview with Ivan Gazidis, who is the current CEO at AC Milan and former Arsenal CEO, also a former MLS executive, and he said Serie A had tremendous growth opportunities. I was saying the same thing in 2014, some things have changed, and some have not,” said Williamson. “It is technically still, I believe, one of the most beautiful styles of football to watch in Serie A, but it needs to expand its global footprint as a league. The mentality of the ownership is still often focused on how to divide the pie of TV revenues, giving some clubs more and some clubs less, but no-one’s really talking about how to make the pie bigger so you have more revenues for everyone. 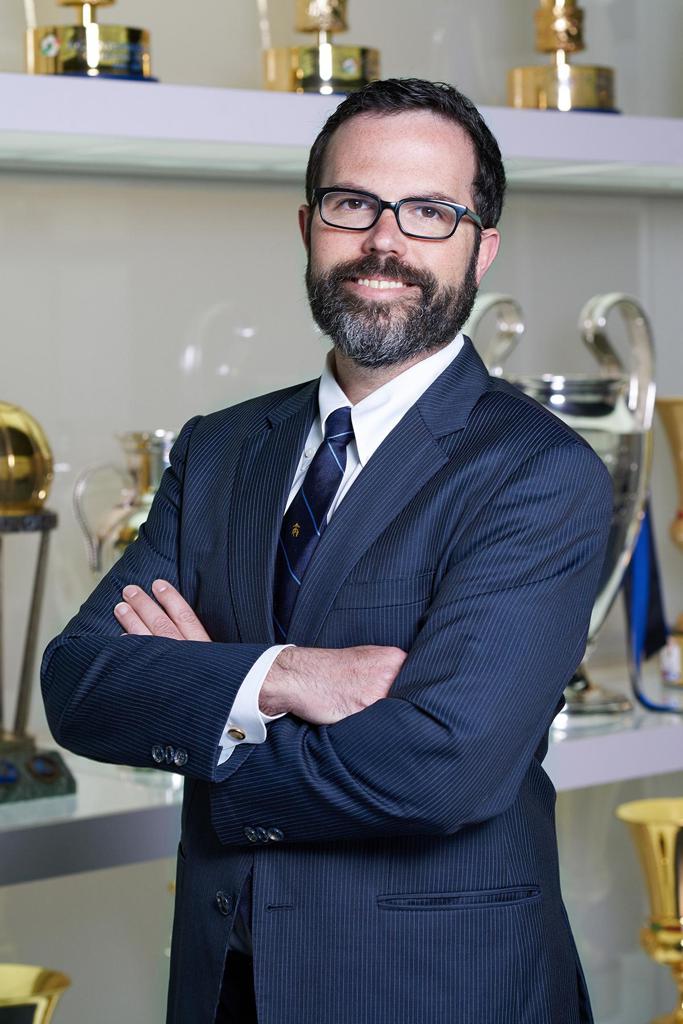 “It also needs some investment in infrastructure. The stadiums don’t offer the greatest amenities to the fans, the sightlines in most stadiums aren’t great, the camera angles for TV productions are a challenge. It’s almost like a Picasso painting, but only being seen in black and white. It’s a situation where it’s a sleeping giant, but it’s been a sleeping giant for a while now.”

Two years on, Williamson’s attention has now turned to his new club, and while going from one of the most historic clubs in the world to a club in Miami FC that was founded only five years ago might seem like a major change, he believes the experience at Inter can help chart the right path forward for a club in Miami with big ambitions. While it’s unlikely he’ll face the press pack that Milan offers for now – “I would have journalists following me around with cameras and following me to my apartment before I finally had to say to them, ‘Calciomercato [the transfer window] is closed, there are no more moves, you don’t have to follow me anymore,’” Williamson said – establishing a foundation that will allow Miami to hopefully match Inter’s 100-plus year history was one he found an intriguing project.

“The more I spoke with him and his team, the more I understood the vision that [Owner] Riccardo [Silva] had,” said Williamson. “The more that I looked at the potential of the club in Miami, I realized that really this was a unique and interesting project, and one that I wanted to be a part of.

“I see clubs through the lens of brands that are 100-plus years old now. This is how I think about football, so for me what’s interesting is these are the first years of the next 100 years of the club, of Miami FC, and I have the honor of being able to lead in these initial years. That’s the way I view it and that’s why it’s an exciting project for me to be a part of, and to work with Riccardo in growing this club and this brand.” 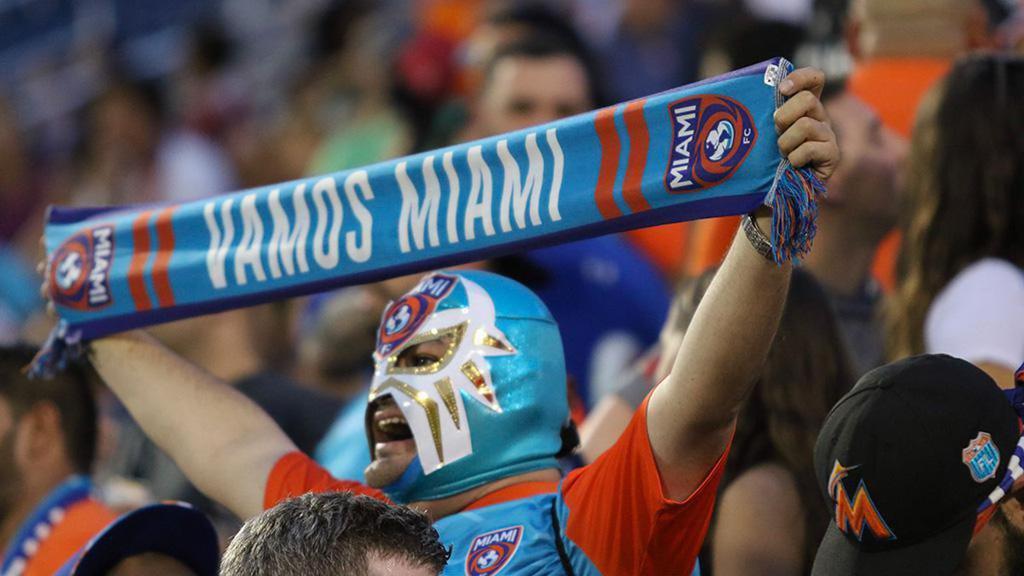 The passionate support that has backed Miami FC since its launch is set to be a focus of the club's new digital storytelling in addition to bringing fans closer access to the club and its players. | Photo courtesy Miami FC

At the center of those plans will not only be plans to bring fans closer to the game and Miami’s players than ever before, but also provide a place for the club’s fans and supporters to tell their stories. After the challenges that 2020 has brought to individuals and families, Williamson’s aim is to bring the City of Miami to the heart of the club.

“If we can connect to our community and engage with them, they will become our biggest advocates and our strongest brand ambassadors,” said Williamson. “We can do this through unique and relevant content development, providing full access, digital meet the team days, halftime in the locker room where they can see what’s happening whether we’re up 3-0 or down 3-0, lifestyle pieces where our fans can connect to our players, but most importantly stories about our fans and their lives. Success stories. The challenges that they’re facing, we want to be there to support them. That to me is what a football club should be about.

“We will always have an incredible in-stadium experience and when we’re able to welcome fans again we will provide them with an incredible experience for families at an affordable cost. We’ll also provide to them some really exciting experiences and interaction on a daily basis digitally. Investing in that, growing that and seeing the results – because there are real-time results in the digital world – it’s going to be exciting in the next 12 months to see that development.”