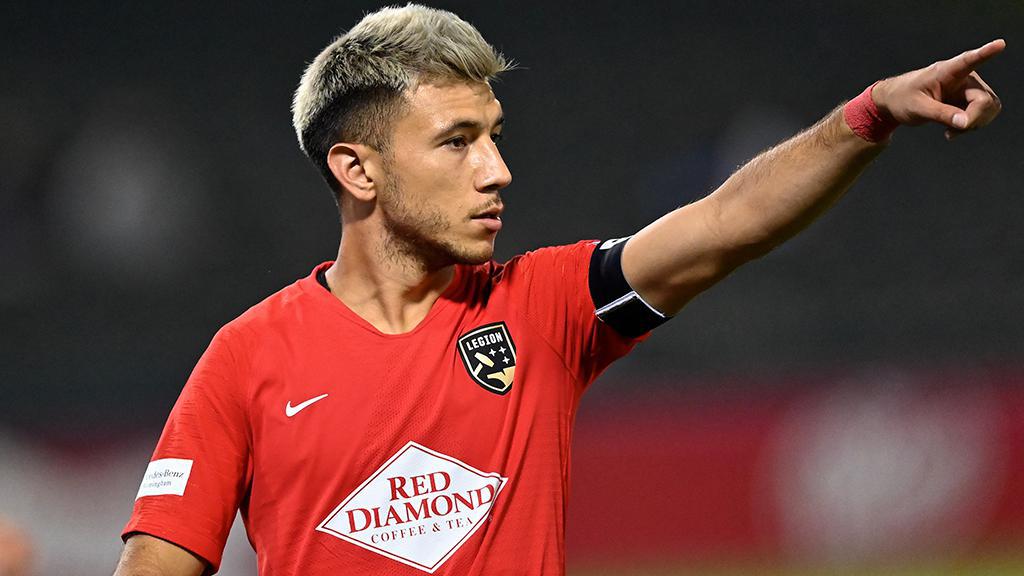 As part of Next Gen United, Birmimgham Legion FC's Mikey Lopez was recently elected to the U.S. Soccer Federation's Athletes Council that will begin its term in February 2021 at the USSF Annual General Meeting. | Photo courtesy Memphis 901 FC

In the middle of October, a group of five young players including Birmingham Legion FC’s Mikey Lopez – dubbed Next Gen United – announced their collective candidacy and platform ahead of the election of the U.S. Soccer Federation’s next Athletes Council.

This weekend, all five received the news that they had achieved their collective aim and that come February and the U.S. Soccer Annual General Meeting, they will be seated among the 20 players that make up one of the key groups in the Federation’s structure.

“We’re just really happy that all five of us got elected,” said Lopez.

The Athletes Council has typically been the mainstay of current and former U.S. Men’s and Women’s National Team players. Among those in the current council are the likes of Carlos Bocanegra, Heather O’Reilly, Landon Donovan, Alex Morgan and Becky Sauerbrunn, to name a few.

As the landscape of American soccer has begun to change, however, younger players have become more active in finding their voice in the game. Freese – who played in the USL Championship for the Philadelphia Union II before making his Union debut last year – will become the first MLS Homegrown signing to be part of the Council, while Pinto and Hunter both have promising professional careers ahead of them. 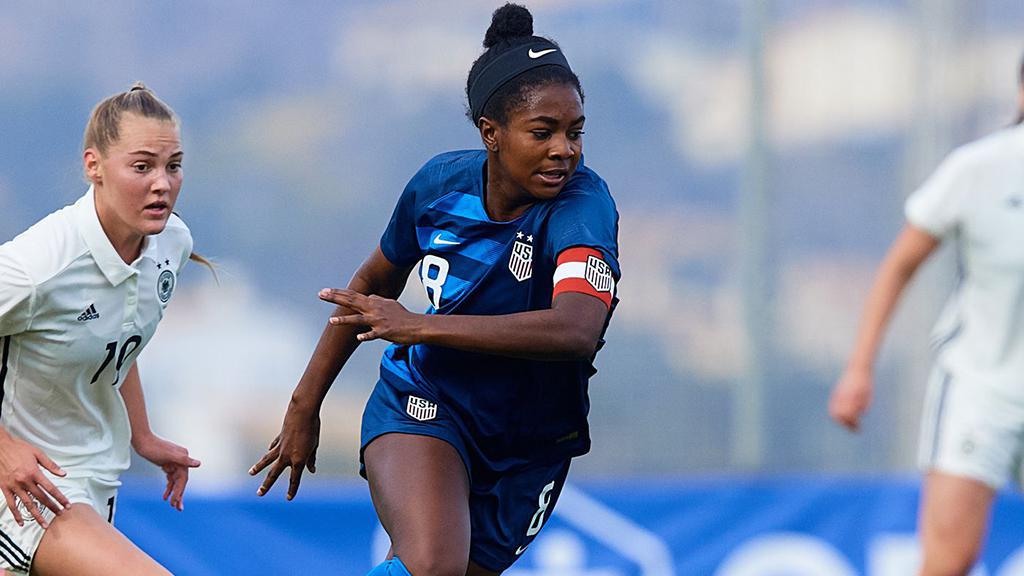 Currently a junior at the University of North Carolina, Brianna Pinto was named U.S. Soccer's Young Female Player of the Year in 2019. 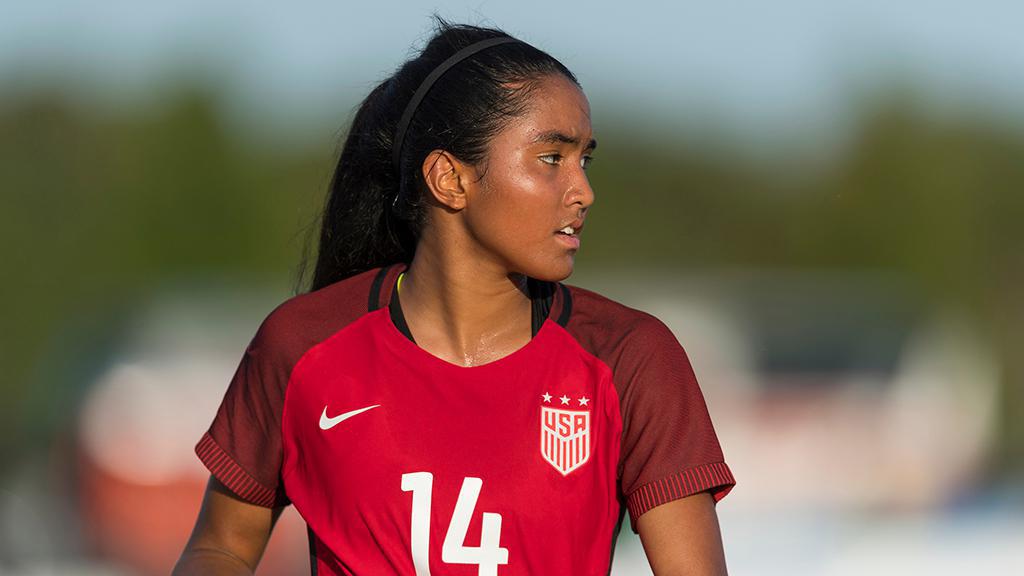 A first-year at Harvard University, Smith Hunter is a member of the U.S. U-20 Women's National Team having come through the OL Reign Academy.

Lopez paid tribute in particular to the contributions both Pinto and Hunter made as the group came together and put forward its candidacy – “Honestly, they’re the heart and soul, the engine behind our group,” he said. “They’re the best people we have in our group and I’m really thankful to them for being a part of it.” – while adding that their presence was an important step in diversifying the voices that will offer insight and perspective to the federation’s Board of Governors, on which the Athletes Council has three seats.

“Seeing them in higher positions allows other people to know they can reach those positions,” said Lopez. “People seeing us in those positions will hopefully spark a conversation and a change and having more people run for high positions in the federation and the USL as well. Representation is extremely important for that and I hope that can continue.

“One of the things we hope to implement while we’re with the Athletes Council is making a plan to be able to have those types of people in higher positions, not just the Athletes Council, but being part of the Board of Governors and hopefully become a President or a Vice President within the federation.” 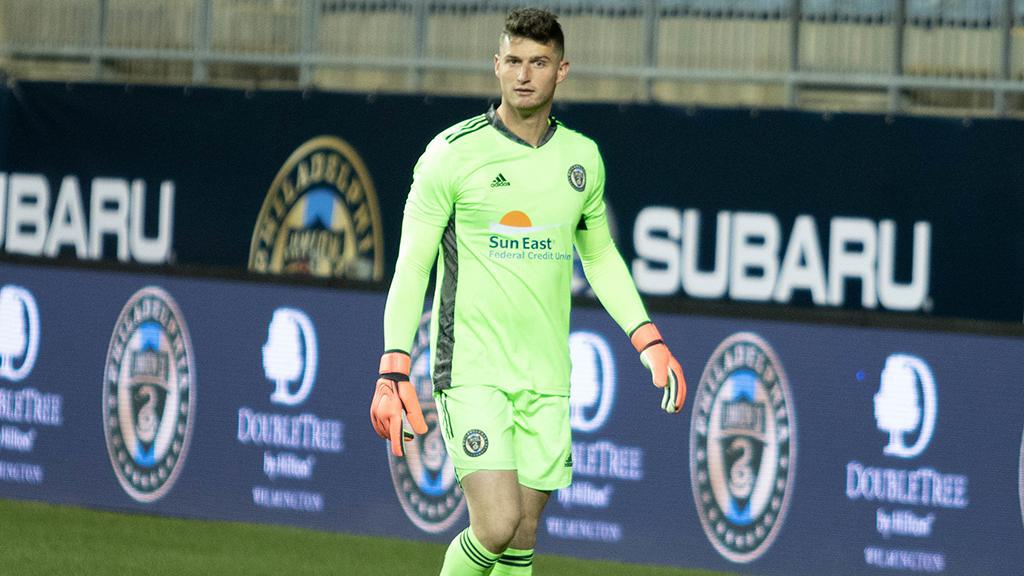 Another aim for the group is to continue to chip away at the “pay-to-play” model that has limited participation in organized soccer – and in turn reduced opportunities for talented players to be seen – that has seen progress in some areas but still provides an artificial barrier for many.

“Trying to modify that pay-for-play system is one of the biggest things that we ran on,” said Lopez. “Hopefully we can make those changes that will make it easier for people be able to get scouted and be part of the federation and create better opportunities for all the kids across the country.”

As Lopez and his Next Gen United colleagues begin to get on-boarded ahead of February’s AGM, the real work is still ahead. That said, the former U.S. youth national team member is looking forward to the opportunity he and the council have, with the goal of making U.S. Soccer one of the preeminent federations in world soccer.

“It’s going to be really good to see these people’s perspectives because they all have different perspectives of what’s going on and how to implement change,” said Lopez. “Once we get into the council and start talking to everyone, we can get a better understanding of where everyone stands and come to an agreement on how to make a positive change for our federation.”