Asante, Lubin among those set to return after contract options picked up by Phoenix 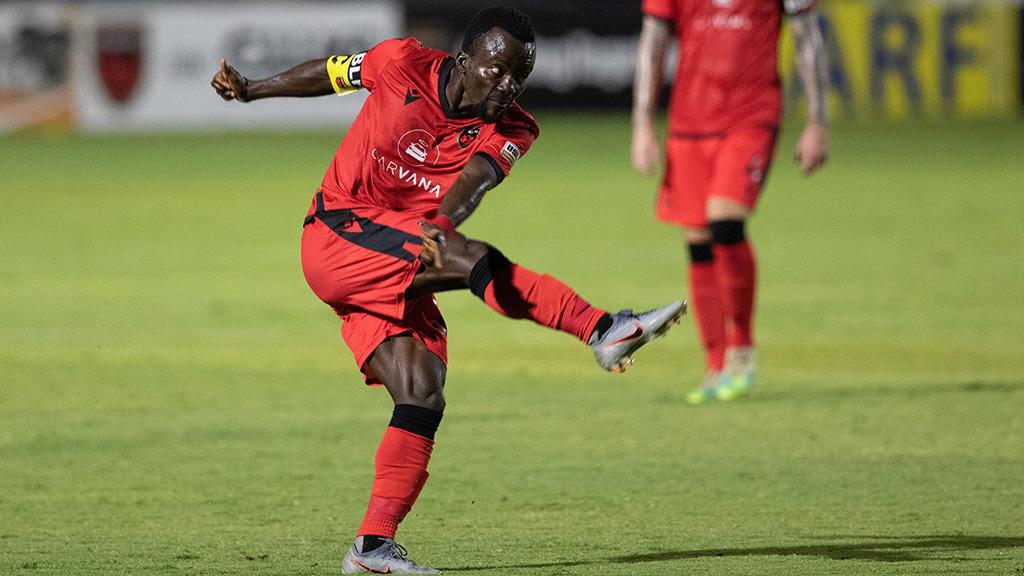 PHOENIX – Nine key figures from Phoenix Rising FC’s 2020 USL Championship Western Conference Title-winning side are set to return to the club for the 2021 season, with two-time Championship MVP Solomon Asante and goalkeeper Zac Lubin among the five players to have their contract options exercised by the club in its initial roster moves.

Asante and Lubin are joined by defenders Joey Farrell and Darnell King and midfielder Sam Stanton in having their options extended. Four additional players – midfielders Kevon Lambert and Jon Bakero, and forwards Santi Moar and Rufat Dadashov – were previously under contract for the 2021 season.

“After a tremendously challenging 2019 season, it feels great to know the core group that led us through such adversity, all the way through the Western Conference Final, will be back next season,” said Rising FC Head Coach Rick Schantz.

Asante returns after recording eight goals and nine assists across the 2020 Championship regular season and playoffs. Named to the Championship’s All-League First Team for a second time earlier this month, Asante also became the first player to win the league’s Assist Champion title on two occasions as his nine helpers led the league in the regular season.

Asante is joined by Lubin, Lambert and Farrell, each of whom also helped Phoenix claim the 2018 Western Conference Title during their time with the club. Lambert sits level with Asante for second-most appearances at the club since the start of the 2017 season, while Farrell has made 67 appearances for the club and Lubin – who was key in the side’s playoff run this year as he earned two penalty shootout wins – has made 56 appearances.