After his All-League season, a look at the veteran’s impact on United in his first year 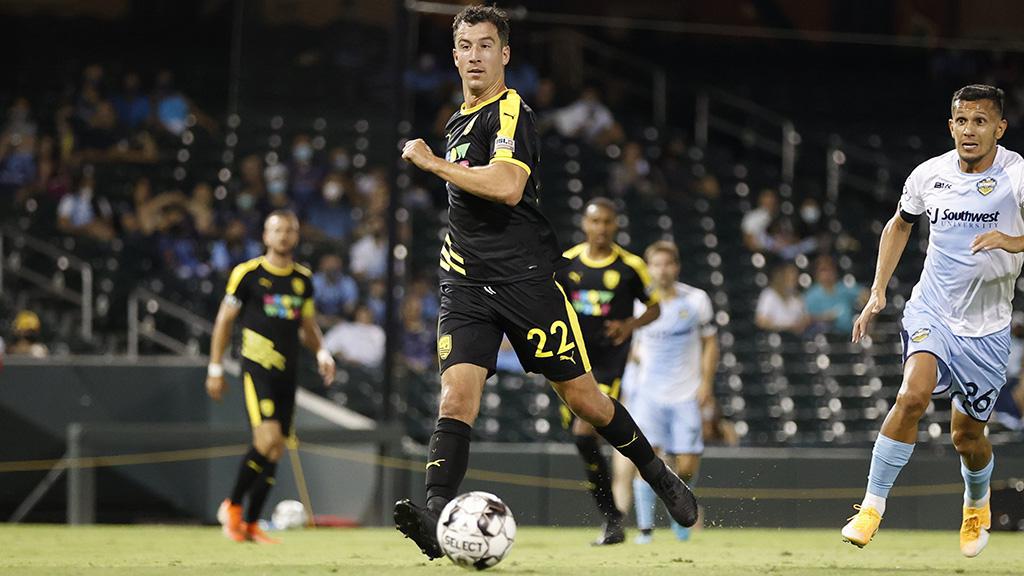 ALBUQUERQUE, N.M. – 2020 USL Championship All-League First Team selection Kalen Ryden was announced on Monday as the first player set to return to New Mexico United for the 2021 season. After a season in which the club continued to build its rivalry with El Paso Locomotive FC and solidify its potential as future title contender, Ryden’s presence made a substantial difference in the club’s defensive improvement.

Here’s a look at some of the numbers that defined Ryden’s 2020 campaign and where it places him in the bigger picture among his contemporaries in the Championship.

Note: Championship Ranking is among all defenders in 2020 season, includes regular season and playoffs

It might be the simplest action there is for a defender, relieving potential pressure and allowing teammates to reorganize for any potential follow-up attacks. Ryden led his teammates by a healthy margin when it came to making effective clearances during the 2020 season, recording 17 more than Austin Yearwood and more than doubling up everybody else’s total on the team. Ryden’s 45 headed clearances ranked third in the Championship overall as the side conceded only 14 goals inside the penalty area in 17 games across the regular season and playoffs.

How do you limit opposing attackers from finding success in dangerous areas? Make sure their looks on goal are both limited and challenged. Ryden managed this better than almost everyone in the Championship in the 2020 season as he finished tied for the league-lead with Atlanta United 2’s Modou Jadama for the most blocked shots among all players in the Championship. Ryden’s 19 blocks made up one-third of New Mexico’s 57 total blocked shots during the regular season and playoffs, and helped the side reduce its shots-on-goal per game average from 4.29 per game in the 2019 season to 2.88 in the 2020 season.

If you’re looking for a number that goes hand-in-glove with blocked shots, this might be the one. While no number is a perfect indicator of a defender’s effectiveness – a center back like Ryden is likely to face fewer instances of an opponent challenging him one-on-one than a full back like teammate Josh Suggs – the fact that he was beaten just twice in almost 1,600 minutes of action this season speaks volumes for Ryden’s ability to keep opponents in front of him. Only Orange County SC’s Rob Kiernan played at least 1,000 minutes among defenders in the Championship without being beaten off the dribble, leaving Ryden alongside the Charlotte Independence’s Joel Johnson, San Antonio FC’s Mitchell Taintor and Rio Grande Valley FC’s Robert Castellanos tied for second.

This might be the most important number from Ryden’s first season in New Mexico. After all, none of the above numbers are possible if he’s not on the field, and alongside goalkeeper Cody Mizell, Ryden was on the field for every minute of United’s 2020 campaign. The five defenders that recorded more minutes than him? All of them were playing in the Eastern or Western Conference Final, which is where Ryden and his returning and future teammates will be aiming to lead their side next season. With Ryden likely to pass 10,000 regular season minutes in the Championship next year, his experience and leadership will be crucial as United looks to achieve its next goal of the first silverware in club history.