For LouCity’s Totsch, the Fire Burns Brighter than Ever 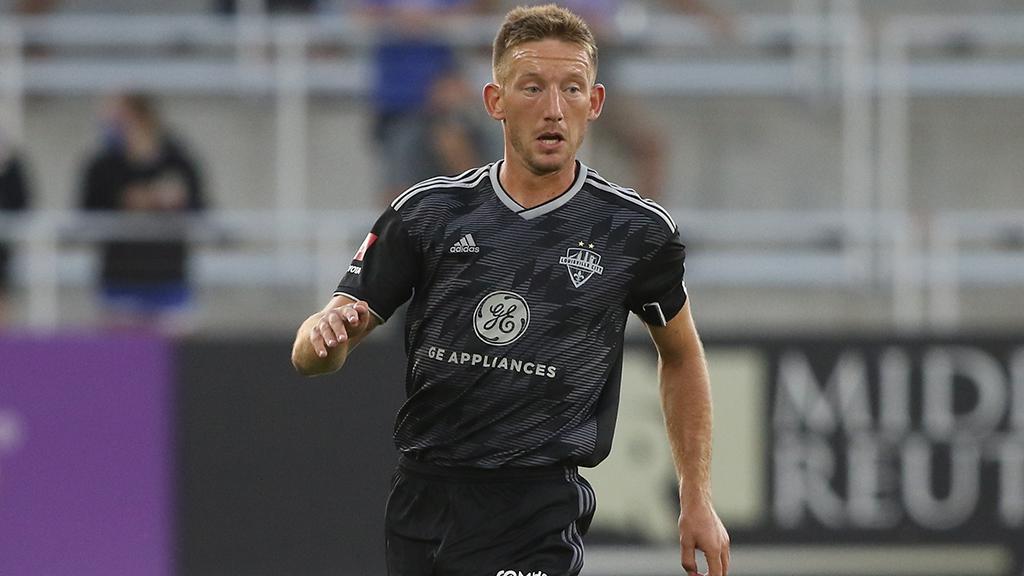 One of the cornerstones of Louisville City FC's success over the past four years, defender Sean Totsch is set for the 2021 season after agreeing a new contract with the club. | Photo courtesy Em-Dash Photography / Louisville City FC

LOUISVILLE, Ky. – Sometimes, the right words at the right moment make all the difference.

Certainly, they made a difference for then-aspiring professional Sean Totsch as he tried to find his break into the game in 2014. After a scrimmage in front of pro coaches – including those from the USL Championship – one assessment in the aftermath still sticks with the 2020 Championship All-League First Team selection.

“I distinctly remember the coach at Saint Louis FC at the time – they weren’t a team yet, but they were about to be a team – saw me play and told me that I wasn’t technical enough to be a midfielder and I wasn’t big enough or strong enough to be a defender in the league,” Totsch said recently.

“I ended up finding a tryout to go to Rochester and after the tryout I signed the next day. That was a real motivation, when someone tells you those things that you just know aren’t true and you can prove them wrong. I loved that first game we had, it wasn’t until probably a couple of weeks into the season when we played Saint Louis, but you can imagine how motivated I was to prove that coach wrong.”

Sure enough, Totsch and the Rhinos shut out Saint Louis in a pair of victories in 2015 as he started both games. It proved the beginning of a road filled with team success for the current Louisville City FC center back, who on Tuesday was announced as having signed a new contract to remain with the club as it continues to build toward the 2021 season. 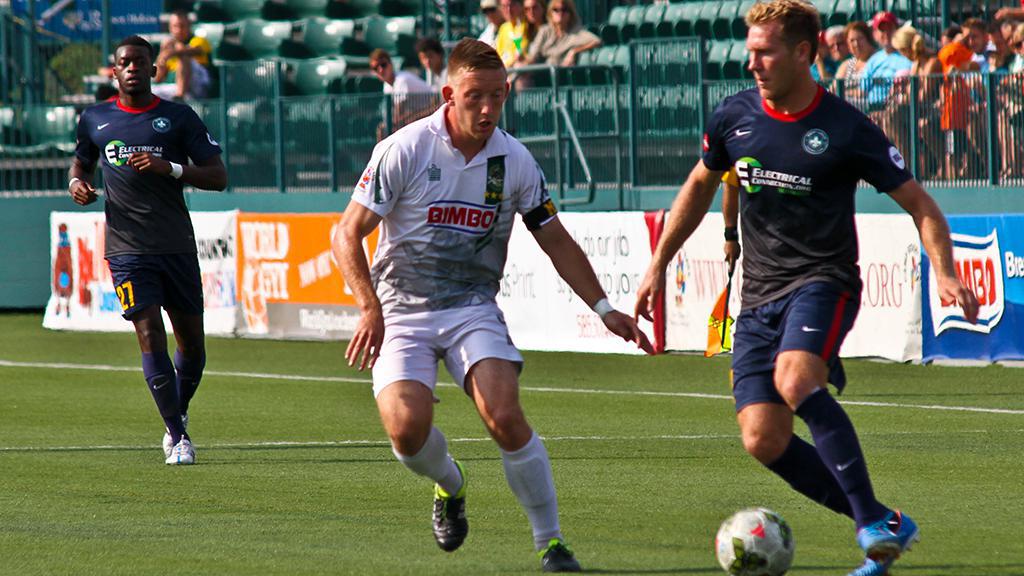 For the 29-year-old, that type of competitiveness has been at the center of a career that now spans six seasons and has seen him lift the trophy at the USL Championship Final three times. That competitive fire was fostered in the backyard of his family’s home near Chicago, where Totsch and his two younger brothers Elliot and Ryan – both of whom also played college soccer – would regularly compete amongst each other in addition to their respective teams growing up.

“Both of my parents were very into athletics throughout their youth and even to where they were playing co-ed softball and volleyball and all kinds of different stuff,” said Totsch. “Me and my brothers are all very close in age … and it really started from us just kicking around and kicking each other in the backyard, which led to me running around and kicking other people now.”

As much trouble as the brothers gave each other in their home games, they gave to opponents as well. The closeness in age of the trio meant that for one season at Oswego High they had the chance to turn out together for the only time competitively as siblings.

“I give a lot of credit to my soccer upbringing to us competing in our backyard, but one of the highlights of my playing career was my senior year in high school,” he said. “[Elliot] was a junior and [Ryan] was a freshman and we all played on the same team, so my parents got to come to one game instead of three separate games, and cheered us on as we went out and played together.”

That drive also proved key as Totsch looked to take his game from the college ranks at Northern Illinois University to the pros. While the dead ends he initially found might have seen some give up on their dream, Totsch left no stone unturned as he looked for a way to break through. First there was the tour led by Bridges FC and Bret Hall through Scandinavia that saw Totsch net a trial in Finland, but no deal. Then after impressing playing in a local league in Chicago, a coach helped arrange a week-long trial with a top-flight team in Slovakia.

“That was a crazy experience,” said Totsch. “Staying in a country where no-one speaks your language and you’re trying to take coach’s points and implement them on the field. A lot of coaches are very particular about how they want their players to play, and when you can’t speak to the coach in any language it makes it very tough.”

Not long after, though, Totsch’s break arrived in Rochester. Having now logged almost 12,000 minutes and 163 appearances in the Championship, he’s proven what he hoped to when in search of that first deal, especially in 2020. Previously in the shadow of others – most notably former teammate Paco Craig – this season saw Totsch earn recognition as one of the leading defenders in the Championship as his consistency rose to new levels. 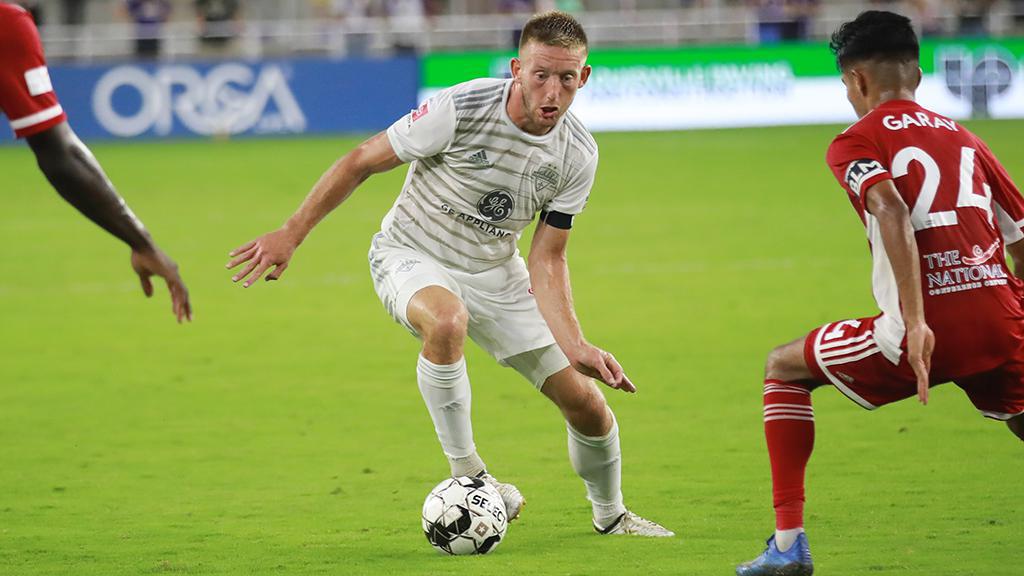 Totsch is quick to pass on credit to his teammates, including goalkeeper Ben Lundt for the side’s success in 2020 – “It helps when you have someone like that behind you,” he said – but there is also some gratification too that his belief in his on-field worth that early on only he held has come to be acknowledged more widely.

“Especially from my time in Louisville I felt really confident in my ability as a high-level defender in our league,” Totsch said. “I felt even from listening to people having interviews saying, ‘you’ve done a lot,’ ‘you’re underappreciated,’ it feels nice after those positive affirmations that some recognition for what I felt was true. To get other people to confirm that is a very good feeling.”

What’s also buoyed Totsch is the sense of community he’s found since arriving in Louisville. He was one of the many players that helped propel the club off the field, participating in city council meetings as approvals were made that allowed the growth of LouCity through the construction of both Lynn Family Stadium and its new training complex, which will also soon be home to the National Women’s Soccer League’s Racing Louisville FC. He’s also built a devoted following among the club’s fans that has extended to his family when they visit to attend games during the year.

Now having recently proposed to fiancée Aysia before LouCity’s final regular season game on October 3, he’s ready to put down roots in a city he’s come to love for its golf courses and outstanding food scene. In a league where a settled life can sometimes be hard to come by, Totsch has found Louisville a perfect place for the life he envisioned while keeping him relatively close to the family that helped shape him.

Happy to spend forever together pic.twitter.com/12Siqa31ZS

“I think that’s what every player wants, to find a place where they can call home and have success on and off the field,” said Totsch. “It can be very tough on a player, I haven’t had to do it but a lot of friends have where they pop around from team to team and whether they’re having success or not it’s a pretty frantic lifestyle. It’s hard to adjust to a new city and moving, and a lot of times you’re travelling with your significant other and you might even have kids. For me to find a place to have success on and off the field and really feel at home [it’s been ideal].

“For my family it’s huge as well. I’ve always been so close to them, I went to school close to home – I had other options but I went close to home so that I could have my brothers and sister and my mom and dad come to my games where I’d be able to see them regularly. … They’ve been so openly embraced by the fans and feel a part of what they call the Purple Family, it means a lot to me.”

As LouCity looks to the future after the disappointment of falling in the Eastern Conference Final last month to the Tampa Bay Rowdies, Totsch and his teammates will be ready next spring to try and raise the standard once again.

“For myself and for a lot of the guys, we’ve found ways to be motivated,” said Totsch. “We’ve been motivated by past experiences in our careers that motivated us to get to Louisville and then those things motivated us to win championships, and now it’s a different form of motivation to find, really, because that’s what we expect, to be there.