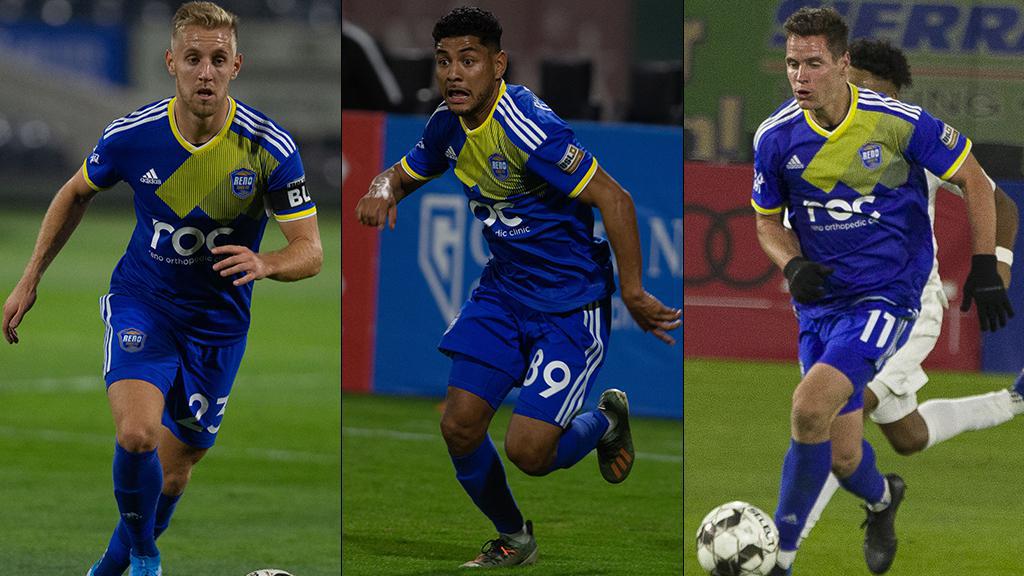 ST. PAUL, Minn. – A trio of players that helped Reno 1868 FC finish with the best record in the USL Championship’s 2020 regular season were unveiled on Friday as the newest additions for Major League Soccer’s Minnesota United FC, with 2020 All-League selection Kevin Partida being joined by Sam Gleadle and Foster Langsdorf in signing for the club.

All three players will be available for competition upon completion of any mandatory quarantine period under local government and MLS health and safety protocols. The signings were completed ahead of the close of the Secondary Transfer Window, which closed on Friday.

A Nevada native, Partida made 41 appearances with Reno and scored five goals, including two in the 2020 USL Championship Playoffs, and three assists. Partida’s play in the center of midfield was recognized on Wednesday as he earned Championship All-League Second Team honors after recording a passing accuracy rate of 82.1 percent on 51.4 passes per 90 minutes and winning 61.9 percent of his duels. In 2019, Partida was signed by the San Jose Earthquakes and made five appearances in MLS while also spending time on loan with 1868 FC but returned on a permanent deal with Reno last spring.

Gleadle spent the past two seasons with Reno and made 43 appearances for the club. The English defender earned Reno’s Young Player of the Year honor after a 2019 breakout season where he scored five goals and notched four assists in 27 game appearances. This season, Gleadle played in every game for 1868 FC as it reached the Western Conference Semifinals of the 2020 Championship Playoffs and recorded 41 interceptions, good for third in the league, while also recording two goals, three assists and 21 key passes in attack.