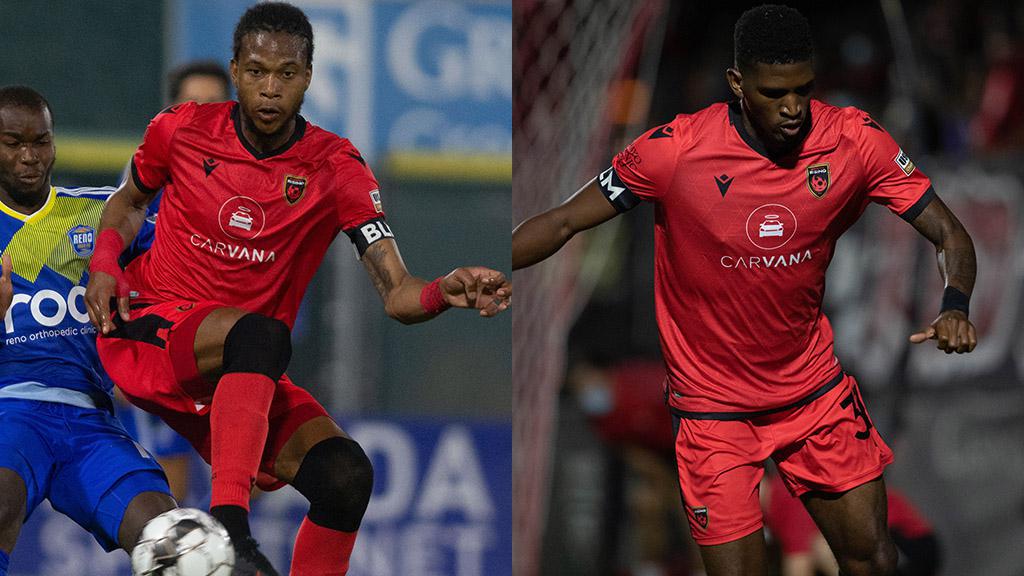 Phoenix Rising FC's Kevon Lambert (left) and Damion Lowe are both set to play in this Sunday's 2020 Championship Final before joining up with the Jamaica National Team for two games against Saudi Arabia.

Phoenix Rising FC midfielder Kevon Lambert and defender Damion Lowe – both of whom are set to play key roles in this Sunday’s 2020 USL Championship Final – have been named in the Jamaican National Team squad that will play a pair of friendlies against Saudi Arabia in November.

Also selected to the squad is San Diego Loyal SC goalkeeper Amal Knight and Rising FC forward Junior Flemmings, who remains suspended for Sunday’s final following the issuance of a six-game suspension in the Championship for the use of foul and abusive language against San Diego Loyal SC on September 30. The contests are scheduled for November 14 and 17 in Riyadh.

Lambert has been a key piece in Rising FC’s success over the past three seasons. In that span, he ranks second on the team with 77 appearances and has recorded eight goals and eight assists while serving as the anchor for the Rising FC midfield. This season he leads Phoenix with 38 interceptions and 116 duels won and has won 23 of 28 tackles on the season.

Lowe arrived recently in Phoenix but has brought his extensive experience to the back line. In five appearances he has made 15 clearances and five interceptions, and on Sunday night will face a former club in the Tampa Bay Rowdies, where he played during the 2017 season before being transferred to Norwegian club IK Start, where he spent the past three seasons before joining Phoenix.

The 2020 USL Championship between Phoenix Rising FC and the Tampa Bay Rowdies is scheduled for kickoff at 8:30 p.m. ET this Sunday night and will be aired live on ESPN, ESPN Deportes and SiriusXM FC.