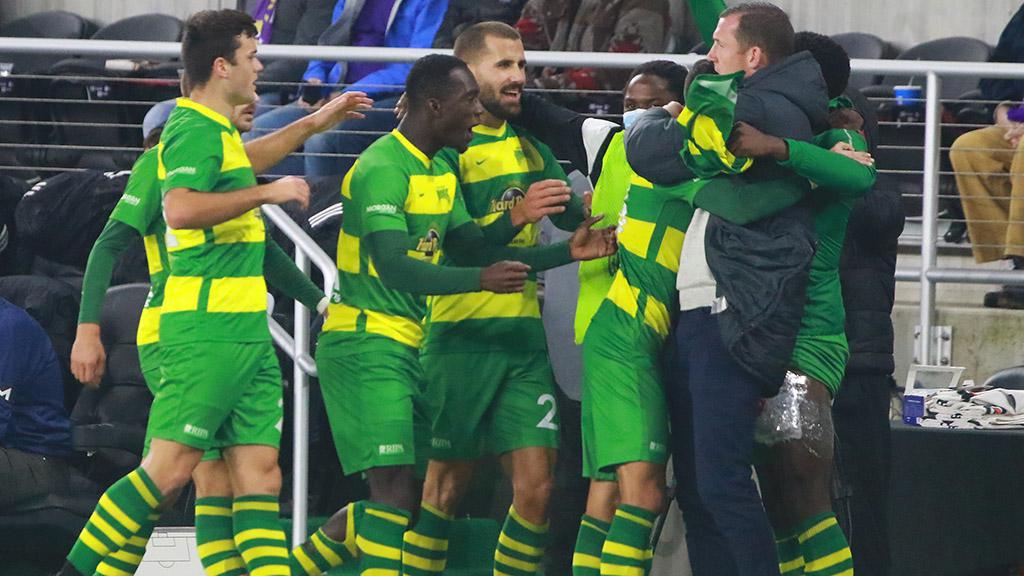 Tampa Bay Rowdies players celebrate with Head Coach Neill Collins after scoring their second goal of the night in a 2-1 win against Louisville City FC in the Eastern Conference Final of the 2020 USL Championship Playoffs. | Photo courtesy Em-Dash Photogra

LOUISVILLE, Ky. – When the Tampa Bay Rowdies last hosted a postseason contest prior to this year, Neill Collins was one of the players walking off the field dejected after suffering defeat to the New York Red Bulls II in extra time in the 2017 Eastern Conference Semifinals.

On Sunday night, two-and-a-half years into his time as the club’s Head Coach, Collins’ Rowdies will take the field with their first title in the USL Championship on the line as they play host to Phoenix Rising FC at Al Lang Stadium (8:30 p.m. ET | ESPN | ESPN Deportes| SiriusXM FC).

After Saturday night’s 2-1 win against Louisville City FC that earned the club the Championship’s Eastern Conference Title, the pride in how far the team has come was evident.

“I think a big reason for giving up my playing career was trying to get us to where I felt our club deserved to be. The team behind the scenes were the best in the league, unfortunately the team on the field was just a little bit behind. It doesn’t happen overnight, and we need to sustain it now and build on it.” 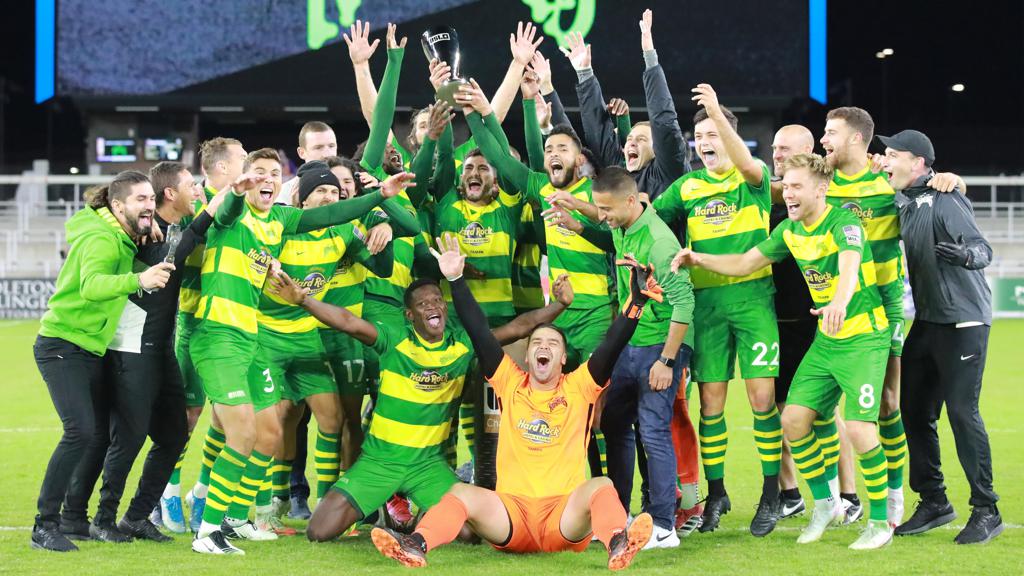 Collins became the Rowdies Head Coach as after its initial success in the Championship in 2017 the club struggled out of the gate in the following campaign. Following a Lamar Hunt U.S. Open Cup defeat to Jacksonville Armada FC added to a three-game losing streak in the league, Stuart Campbell’s time as Head Coach came to an end and Collins – who seven days earlier had been starting on the club’s back line in a 1-0 defeat to the Richmond Kickers – was on the sideline as the side faced Pittsburgh Riverhounds SC for his first game in charge on May 19, 2018.

A goal by Joe Cole earned Tampa Bay a 2-2 draw in that contest, but Collins’ arrival – and the offseason change that saw the ownership of the Tampa Bay Rays acquire the club – meant a new direction going forward for the Rowdies. The start of the 2019 season began the club’s upward ascent as the side went 13 games undefeated to start the campaign. Injuries saw the side lose steam toward the end of the season before defeat to Louisville in the Eastern Conference Quarterfinals, but the concepts that would drive the club forward further had been established.

More changes to coordinate with the on-field vision Collins developed came last offseason as he and the club’s front office continued to build a side that would continue the Rowdies’ ascent. Of the Starting 11 that kicked off against LouCity in the postseason in 2019, only two players – Sebastian Guenzatti and Yann Ekra – were still in the starting lineup in this past Saturday’s contest, while two others – Juan Tejada and Zach Steinberger – made appearances as substitutes.

Joining them were the likes of goalkeeper Evan Louro and defender Jordan Scarlett – both offseason arrivals that were part of the Red Bulls II side that defeated Tampa Bay in 2017’s playoffs – and others like defenders Forrest Lasso and Aaron Guillen. The Rowdies also got key contributions from returnees like Leo Fernandes – now back to form and filling a key role on the left – while youngster Jordan Doherty’s second season in Rowdies colors saw him become an essential part of the club’s midfield.

As the final whistle blew to confirm the Rowdies had ended LouCity’s reign over the Eastern Conference, the excitement was evident from not only the players, but from Collins as his goal of bringing Tampa Bay its second modern-era title moved one win closer.

“It’s emotional because it’s a 24/7 job,” Collins said. “You see the 90 minutes, but it’s everything that you put in, everything that affects your life. My coaching staff, the president Lee Cohen, the athletic trainers, the players all make sacrifices that are worth it when you have moments like that. Trust me there’s much more downs than there are ups.

“When a moment like that happens it’s a feeling that you can’t describe.”