Experience, redemption, the ability to make key plays -- why each team could lift the trophy on Nov. 1 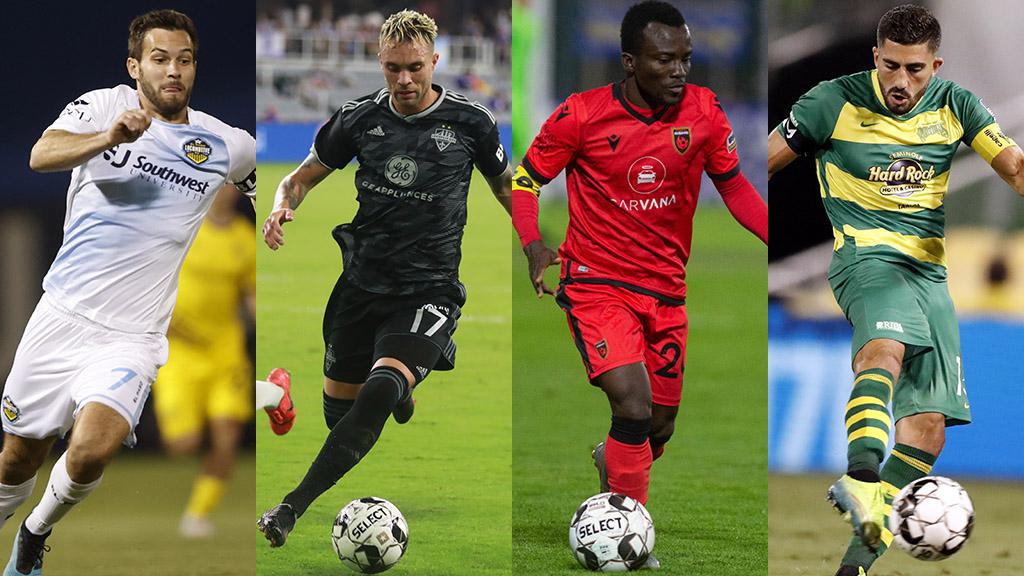 We’re down to the last four teams standing in the 2020 USL Championship Playoffs. Each one has reached this point through a combination of stellar play and that ability to rise to the moment which is necessary to become a title contender.

You can see what the odds think of each one’s chances on fivethirtyeight.com, which believes the most likely scenario is that Louisville City FC and Phoenix Rising FC meet for a rematch of the 2018 Championship Final on November 1 at 8:30 p.m. ET on ESPN, ESPN Deportes and SiriusXM FC.

But if we’re going by the numbers and the eye-test of what we’ve seen in recent weeks from all four squads, we can find ample reasons why each team has a shot at the title – and other reasons why they’re going to come up short. 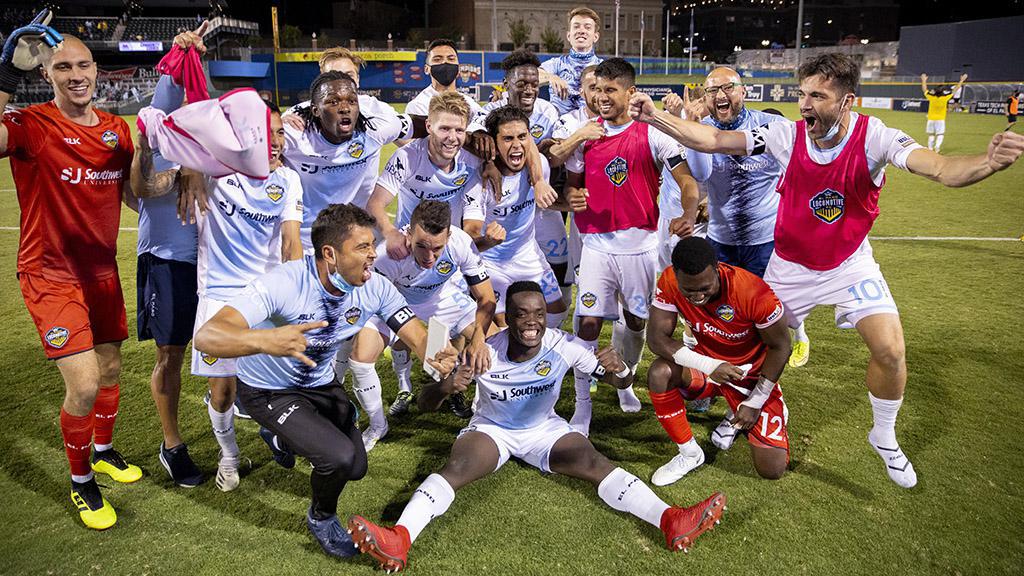 Why They’re Going to Win: El Paso right now is the Rodney Dangerfield of the Championship. 13-game undefeated streak, back-to-back appearances in the Western Conference Final, and still considered the big outsider by the numbers compared to the other three squads still standing. El Paso has become one of the toughest sides in the Championship to beat because it has formed a cohesive unit that plays to its strengths and finds ways to create good scoring chances.

Locomotive FC hasn’t created as many chances as its fellow Conference Finalists, but when it does carve out big chances, they make up a higher proportion of their overall total than the others. Those chances are the ones that offer the highest chance of success – and in a one-game scenario if your chances are better than the ones your opponent is able to create against you, then your odds of success quickly go up.

Why They’re Not: El Paso has recorded its fair share of Chances Created (169) and Big Chances Created (35). It’s also been poor in finishing them. Locomotive FC has converted only 14.1 percent of its shots this season, and only 28.6 percent of its Big Chances Created. It’s hit the woodwork a league-high 11 times and gone excruciatingly close at others. If it doesn’t maximize its chances against Rising FC – as when they met previously on August 1 and Phoenix won 3-1 – then this weekend may be the end of the road for a second consecutive year. 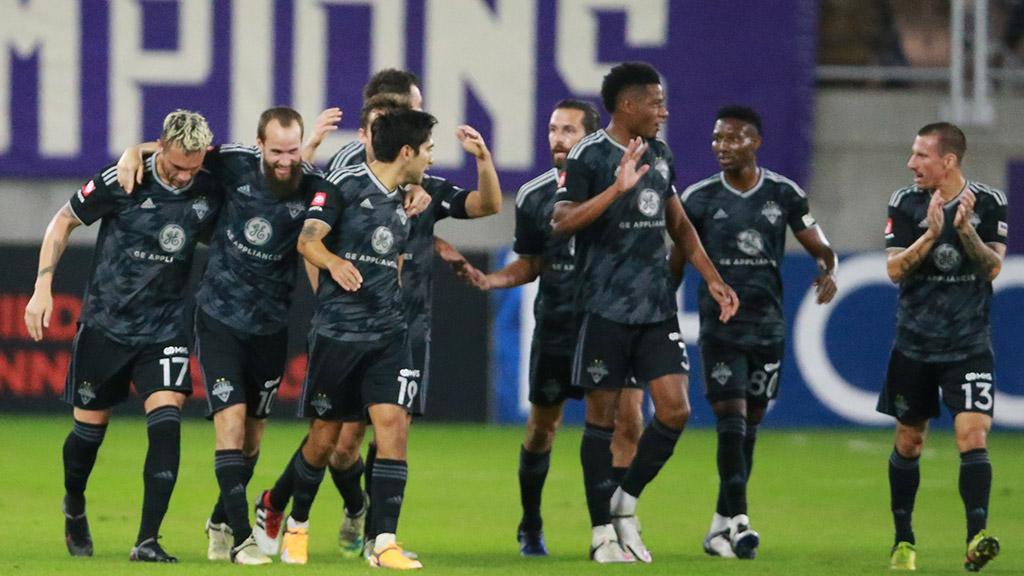 Why They’re Going to Win: I mean, honestly? There’s already a weird echo of the 2018 season present with LouCity having ended the season on a six-game winning streak, just as it did then before claiming its second league title. But beyond that, this might be a team that’s got even more up its sleeve than that side did. No, the three-time Eastern Conference title-holder hasn’t necessarily looked overpowering in either of its playoff outings so far, but given both matchups that was probably going to be a difficult task to pull off.

What Louisville does have is Cameron Lancaster in form with two goals in two games and a goalkeeper in Ben Lundt who just pulled off a stellar performance to tie a Championship Playoffs record with 10 saves against STLFC. This side also has the expectation that nothing less than a third title in four seasons will suffice to celebrate a strange and yet triumphant season that saw its new home open, and that’s going to be a challenge for any of the other three sides to withstand.

Why They’re Not: Here’s the thing about Louisville’s 10-game winning streak to a title in 2018; going by the Championship’s history, it was pretty improbable that any team could go all the way to lift the trophy in that fashion. In fact, only two other teams have managed a winning streak of that length in the Championship’s regular season all-time. It’s hard to win game-in and game-out, especially when defeat means the end of the season, adding to the pressure of maintaining the standard. 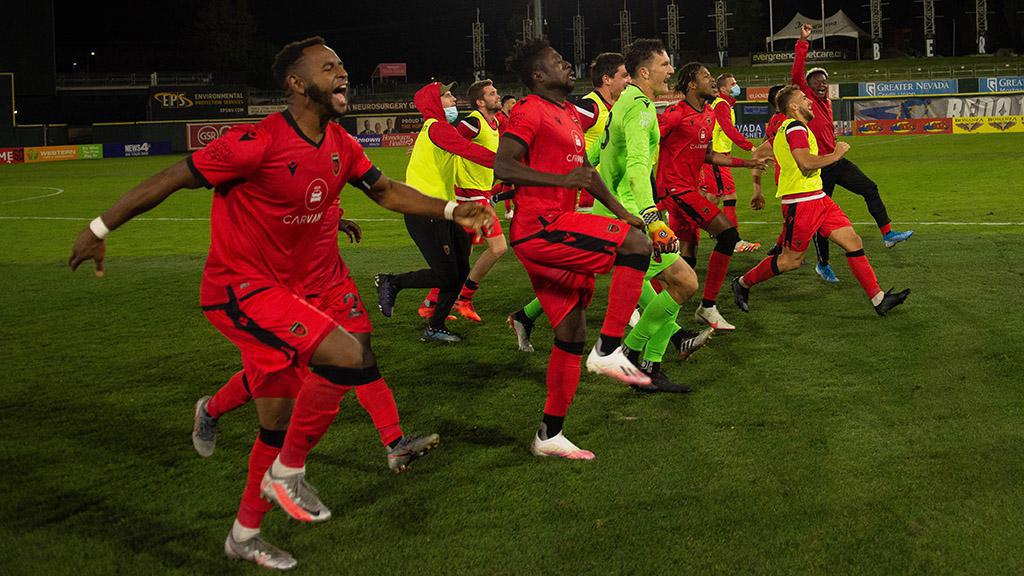 Why They’re Going to Win: Since the club relaunched with its new brand ahead of the 2017 season, it’s felt like it was only a matter of time before Phoenix Rising FC was going to lift the trophy at the USL Championship Final. It came up one win short in 2018 on the road against Louisville, and then used that defeat as motivation to rewrite the Championship’s Record Book a season ago, only to seem to lose steam toward the end of the season, losing twice to Real Monarchs SLC including in the Western Conference Semifinals.

The consistency of last year’s performances hasn’t been matched this year but Phoenix does still have the reigning Most Valuable Player in Solomon Asante, and one of the best newcomers to the league in Rufat Dadashov, who has done superbly in replacing the departed Adam Jahn. They’re not the sure things that they appeared to be at certain points last year, but that could be good as Phoenix tries to avoid the letdown it suffered a season ago.

Why They’re Not: Rising FC has all the motivation, and plenty of the numbers to back up the case that they’re ready to ascend to the title this season. But… have you been overly convinced by their performances the past two weeks? When Phoenix is on, it remains an awesome machine in attack – similar to the side that overpowered opponents in the middle of its run of 20 consecutive games in 2019 – but against top opponents it has only appeared in fits and starts this season, and generally when its back has been against the wall.

We got a taste of it against Reno when after Solomon Asante leveled with 19 minutes to go Phoenix rattled off the final six shots in regulation, or in its attempt to rally at home against San Diego Loyal SC on September 19 that came up short. But the fact that the side has had a propensity for slow starts, including last week again against Reno, means another result like Real Monarchs SLC’s win last postseason could be right around the corner. 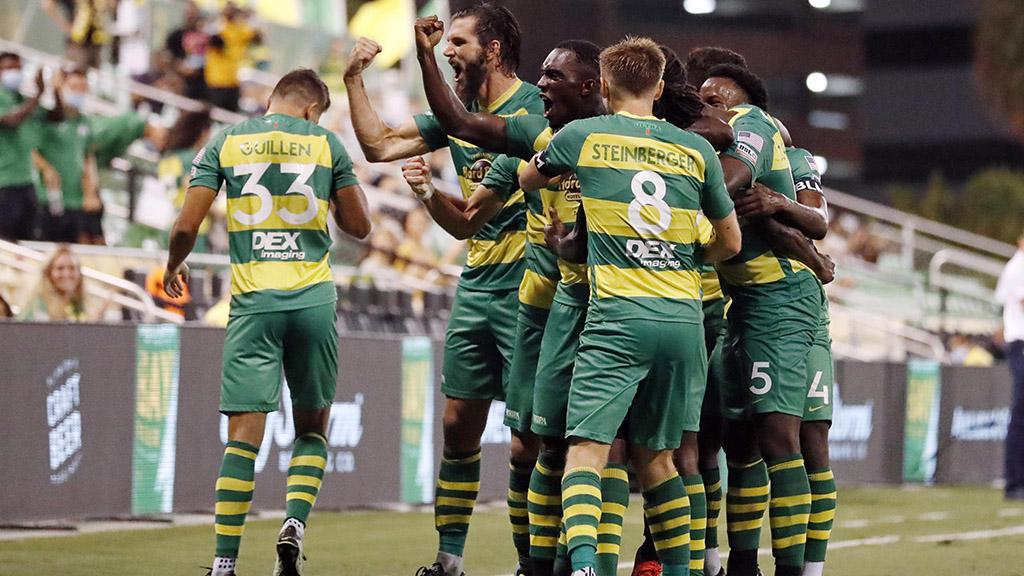 Why They’re Going to Win: The Rowdies are a team that throughout this season might have been the most consistent when it came to looking like a contender that would emerge from the Eastern Conference. A rough run of form against the Charleston Battery put a dent in their odds, but with those defeats avenged this past weekend in the Conference Semifinals there’s good reason to think Tampa Bay’s got a shot to take it all from here.

One key reason? Because the Rowdies are well-drilled defensively and make their chances count. Tampa Bay has only conceded 13 goals in 18 games this season as it new back line led by Forrest Lasso and goalkeeper Evan Louro has meshed effectively. They’ve got a deep and varied attack that includes threats in the starting lineup (Sebastian Guenzatti & Juan Tejada) and substitutes bench (Lucky Mkosana). And they make the most of the little moments that can mean a lot in individual games, most of all at set pieces. The Rowdies have recorded 40 chances created from set pieces this season and scored eight goals. As tight as the margins can be in this playoff format, that’s a great card to be able to pull out of the deck when given the chance.

Why They’re Not: The Rowdies are a very good team, but the nagging suspicion is they may not be as tested as the other remaining teams. The Battery and Birmingham Legion FC were arguably the toughest teams Tampa Bay faced during the regular season, and the Rowdies got to face them again in the postseason. Compare those teams to the opposition Louisville faced throughout its campaign and the resume for LouCity is on paper a better one. As internally focused as Tampa Bay has been throughout its season, it’s probably going to need to raise its level for its biggest challenge yet on Saturday.