Twists and Turns Bring Locomotive FC Back to Western Final 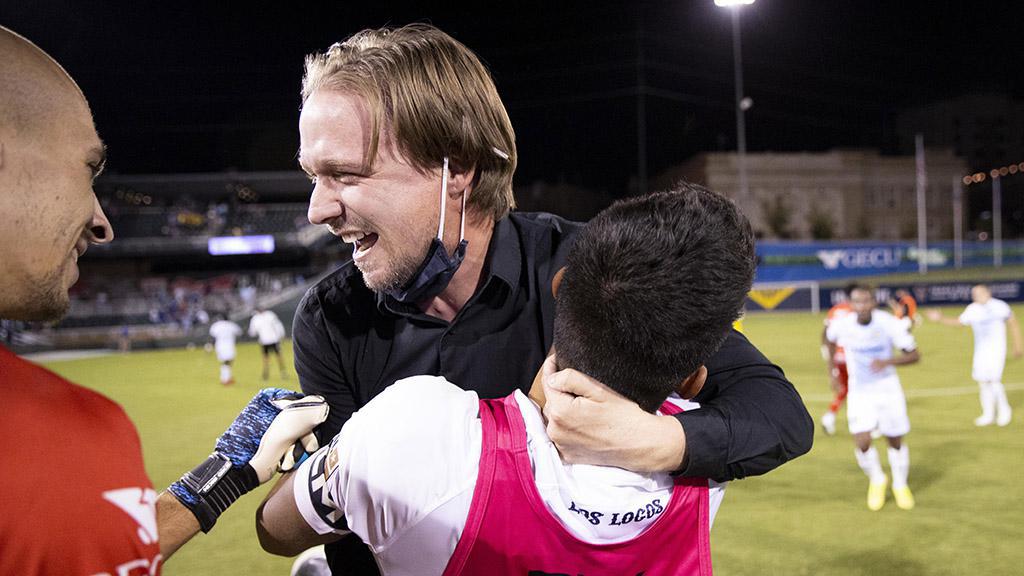 When it comes to finding the right plan and right chemistry to develop a title-contender, El Paso Locomotive FC can confidently say it’s delivered, and the club’s players believe Head Coach Mark Lowry is a key reason why.

“It’s steady organization,” said Locomotive FC goalkeeper Logan Ketterer. “Everything that we have done, Mark has instilled in these guys that you’ve got to play every game until the end, we’ve got to defend well, we keep the ball when we can and when we get our chances we’ve got to stick them. We’ve shown that over the course of two seasons we’ve been pretty consistent in doing those things, keeping other teams out and getting a couple of goals when we can.

“It’s great to see it come to fruition so quickly for a new club to be in a final four for the first two seasons is a phenomenal thing, so it’s a credit to Mark and everyone else in the front office for making this happen.”

It speaks to the aspirations of the club that when the returnees and newcomers convened for the start of training camp in January, Lowry’s goal wasn’t to reach the playoffs, it was to finish with the best record in the Championship and try to accomplish similar feats that Phoenix Rising FC had in the 2019 campaign. After the season was suspended in March, though, when the club began to rebuild toward a different season, so did the goals for Lowry and his team.

“Then became a case of, ‘well, we’ve got 16 games. Can we find a way to get better in these 16 games that can help us get better for next season?’” Lowry told USL’s Kelsi Steele on the Steele Some Time podcast. “It was almost like – I don’t want to say experimenting – but almost like the regular season goal we had is done, but hopefully that will be back on the table in 2021. So we need to now use this time to figure some things out become a better team, become better connected, to build our culture, and obviously we wanted to win, but initially in the season the focus wasn’t on that.”

The adaptation to the new system, and a commitment to playing out of the back, saw some early setbacks. It took a late goal to salvage a win against Rio Grande Valley FC in Locomotive FC’s first game back, and then a pair of games against New Mexico United saw El Paso have issues with the high pressure United brought. 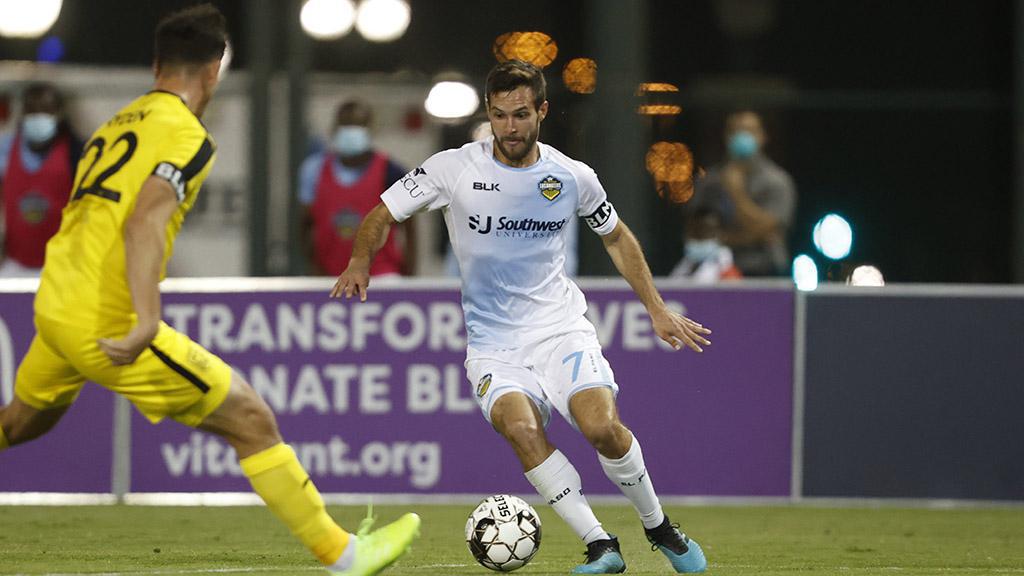 That produced some tweaks to the system that placed Locomotive FC on the front foot more often as it looked to avoid inviting pressure from opponents that could cost opportunities, goals and potentially points.

“We ended up adjusting certain situations to playing more forward, playing positively to not invite pressure onto us in those situations so those opportunities don’t come out of nowhere and cost us the game or a goal,” said attacking midfielder Dylan Mares. “That is something we have changed in our mentality to give ourselves more opportunities, more chances, pushing the ball higher up the field and then trying to play up there as opposed to keeping it to a point where we’re overplaying and making a mistake.

“I think that’s what a lot of teams realized was that if we’re going to play out of the back, they’re going to push up until we make a mistake, and unfortunately it happened a few times. But we learned from that, we change, and we adapt. We still play the same system, but [it’s asking] can we do it now in a different area of the field.”

Those adjustments were coupled with the work ethic that Lowry has demanded from his side since El Paso began its road to the Western Conference Final a year ago and has proven a difficult combination for opponents to crack. Not only is Locomotive FC now on a 13-game undefeated run after its wins in penalty shootouts over the past two weekends, but it has also shown the ability to find ways to win in victories against Real Monarchs SLC, New Mexico United and San Antonio FC that built the club’s momentum in the regular season.

“We’re playing well and then you start to then change that outlook, I guess, from wanting to get better to, ‘hang on a minute, there’s something at stake here, we could potentially do some damage again,’” Lowry told Steele. “Thirteen games unbeaten now, we’ve gone through the playoffs and it’s been tough, both games went to penalty kicks, but I think having that outlook over the year of just getting better has really helped us. … I think now that’s set us up to play well and win later on in the season and now we’re back in the Western Conference Final.

“That wasn’t something we objectively looked at early on. It wasn’t something we put out there as a goal, it was just let’s play well, let’s make the most of this year, and I think that kind of attitude has helped us get through the challenges, get better along the way, and find ourselves on a good run again.”