Rowdies, LouCity Leaning on Past Ahead of First 2020 Encounter 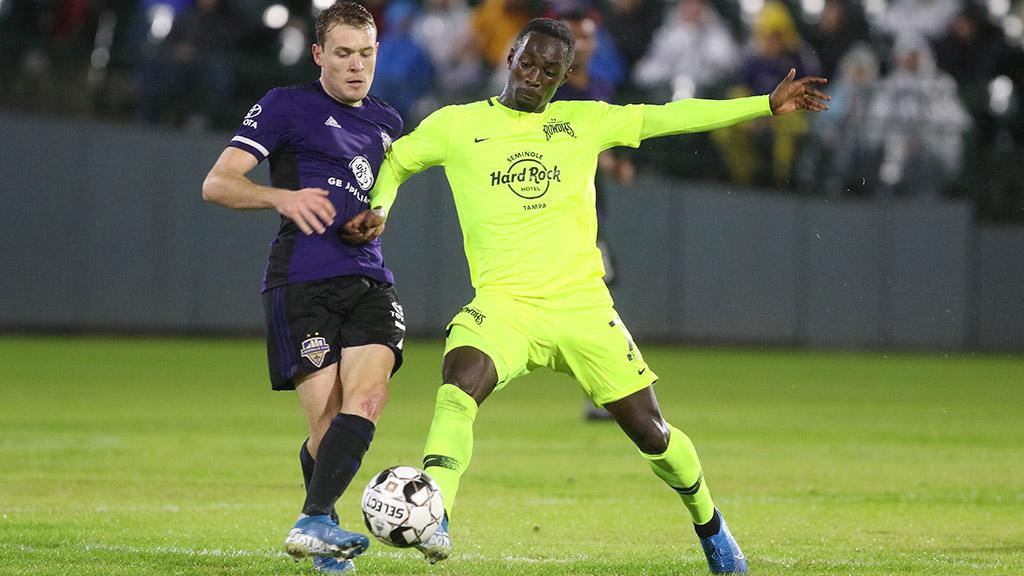 The Tampa Bay Rowdies and Louisville City FC last squared off in the 2019 postseason, with regionalized schedule of the abbreviated 2020 regular season having kept the Eastern Conference powers apart until Saturday's Conference Final. | Photo courtesy Em-

Last season as the Tampa Bay Rowdies prepared to visit Louisville City FC in the Eastern Conference Quarterfinals of the Championship Playoffs, the visitors had not only had the opportunity to do their pregame preparation with video review and scouting, but had the real-life experience of a pair of games against LouCity that could give the club a sense of what to expect.

This year, the two teams have yet to meet on the field ahead of Saturday’s Eastern Conference Final at Lynn Family Stadium (7:30 p.m. ET | ESPN+), meaning while the Rowdies have a certain sense of familiarity from prior encounters, the focus for the visitors has remained on what it can do to succeed as the sides square off for a place in the 2020 USL Championship Final.

“We know Louisville pretty well,” said Rowdies Head Coach Neill Collins. “We’ve not faced them this season, but we have faced them obviously last year and we’ve watched them and we’re familiar with their players. As difficult it is, it’s difficult for them. I think the thing for us this week as always is just getting to work, working on ourselves, working on how we put the best Rowdies performance together.”

Both teams have at least had the chance to take on a new opponent relatively recently in the regular season. Tampa Bay played host to the Philadelphia Union II on September 6 for the lone game the side played outside its Group H rivals after August 1, taking a 2-0 victory. For Louisville, a similar game arrived on September 19 as it defeated Memphis 901 FC as Cameron Lancaster scored twice in a 4-1 win.

But for the most-part, both teams have faced a steady diet of the teams they were battling for a place in the playoffs. For LouCity Head Coach John Hackworth, that both Saint Louis FC and Indy Eleven played in a similar 3-5-2 system the hosts are going to see from Tampa Bay has helped a little bit in preparation. 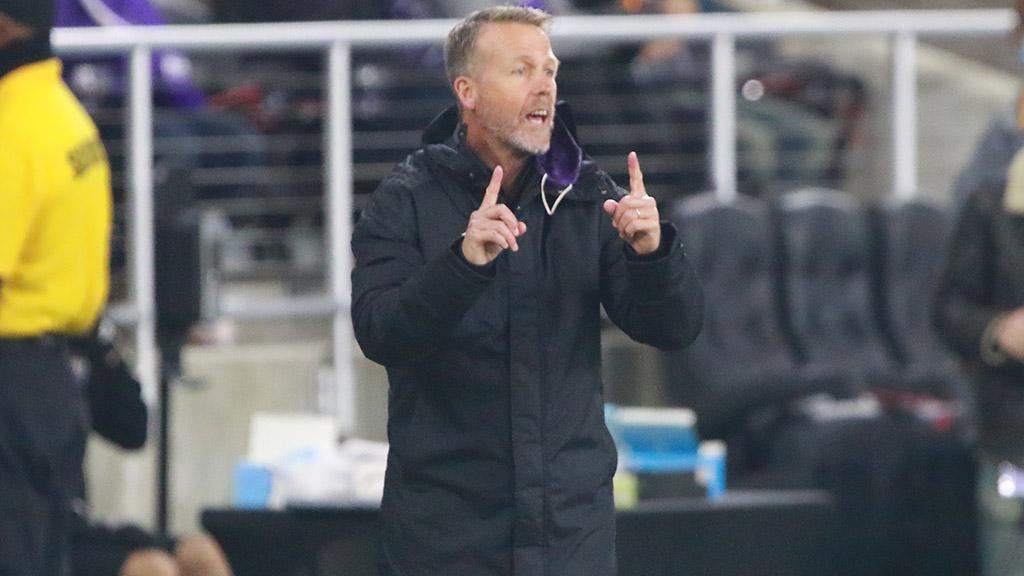 “It’s something Indy does, so that was four games [in the regular season],” Hackworth told local media on Monday. “For us, we always want to try and adapt our system, how we’re going to go out and position ourselves based on what we feel can do to an opponent, but it’s important to know what they’re trying to do to you. Anytime you know a system, you have at least an idea of where the space is and how they’re going to defend.

“I would say watching on tape there is a big difference between Tampa Bay’s 3-5-2 and Saint Louis’, but again seeing some variation in that system with Indy and whatnot, we’ll have seen it, even though they’re a team we haven’t seen all year.”

The contrast in systems, and what adjustments each side makes in its preparations, could make for the most intriguing aspect of Saturday’s game. The Rowdies’ back three of Jordan Scarlett, Forrest Lasso and Aaron Guillen going up against LouCity’s front three of Antoine Hoppenot, Cameron Lancaster and Brian Ownby could hold the key to which team advances, although as Collins is quick to point out there will be help coming from other areas of the field to try and bottle up a stellar attacking group.

“We believe in what we do, we respect the opposition, so we scout them and make adjustments accordingly, but we expect those three guys to match up,” said Collins. “As I keep stressing our defensive record is down to the whole team, the work these guys put in in front of them. Those three guys will not just be on their own, they’ll have help around them.

“We know we’re dealing with three good players, but if you look at every team we’ve played, I’d argue all of them have major, major threats. Miami had Velasquez and Romario Williams, Atlanta had Diop, who’s a fantastic player, Birmingham, Neco Brett, JJ Williams on loan from Atlanta, so it’ll be the same for our lineup, they’ll be used to playing against three-forward lines, it’s just a matter of can we put it all together on the night.” 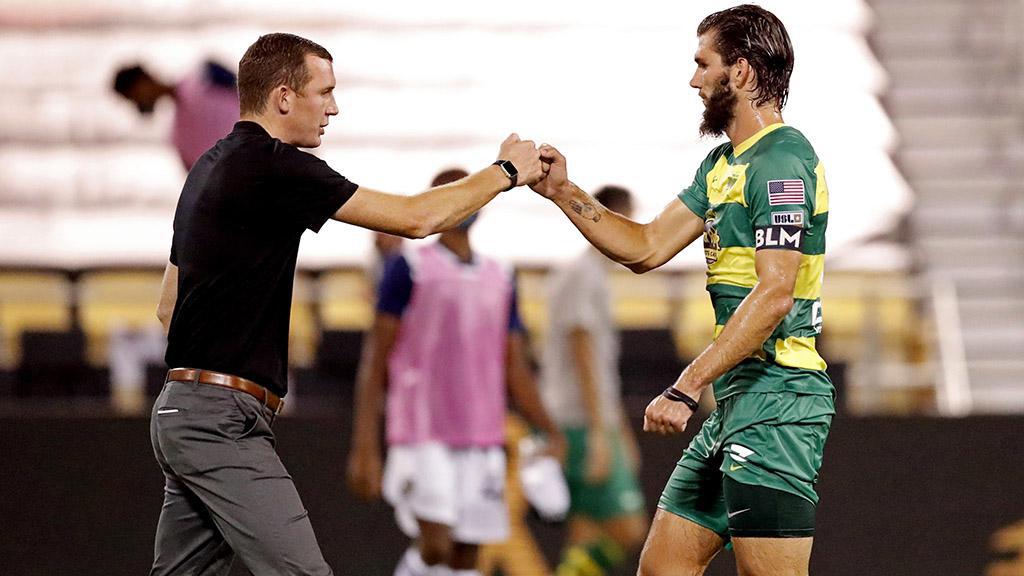 As the Rowdies look to avenge last year’s playoff defeat – and claim its first victory in Louisville since joining the Championship ahead of the 2017 season – the club’s first trip to Lynn Family Stadium is one the side is looking forward to.

“Last season we went in there not in the finest run of form,” said Collins. “We had important players injured, so this year we’re heading in there with momentum, top of the group on the back of two wins, everyone fit, and then on top of that we’ve strengthened the squad with the players we’re brought in. We’ve got guys that have been there and done it, so we’re definitely in a good place.”