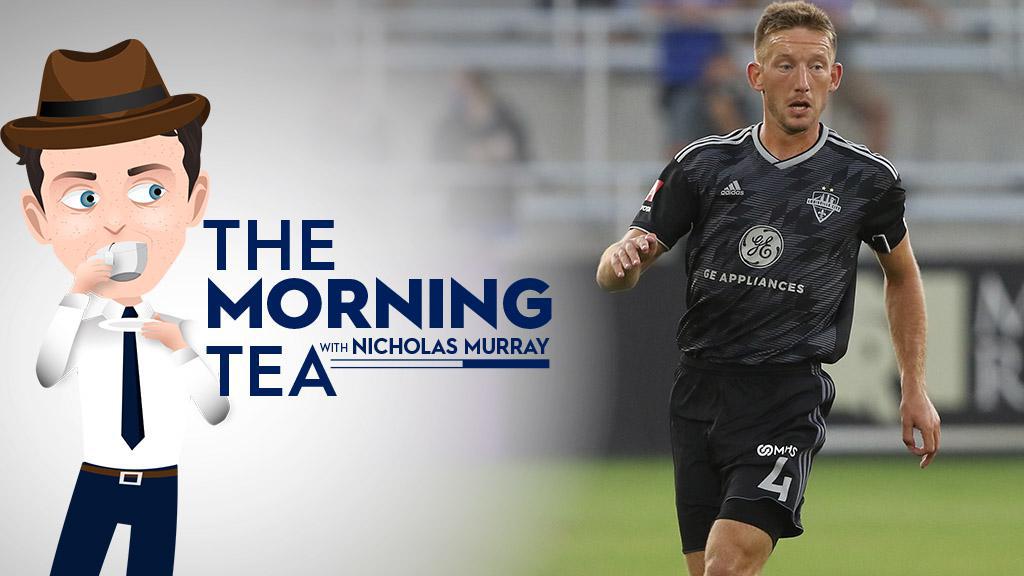 We’re two days away from the Eastern and Western Conference Finals of the 2020 USL Championship Playoffs, which should include a small landmark for one of the most successful players in the league’s history. Here’s your Morning Tea for Thursday.

By the numbers, there’s no-one who quite has a resume of success in the Championship like Louisville City FC’s Sean Totsch.

Since joining the Rochester Rhinos ahead of the 2015 season, the center back has made 162 appearances across the Championship’s regular season and playoffs, and has been part of 94 victories, the most of any player in the past six seasons in the league.

If you narrow the focus to solely the USL Championship Playoffs, Totsch’s sides have gone 16-1-2 and conceded only nine goals in his 19 playoff appearances.

That 1? Yes, you’re right, last season’s Championship Final. Sean Totsch didn’t lose a game in regulation or extra time in the playoffs until the 17th game of his postseason career.

On Saturday night as LouCity hosts the Tampa Bay Rowdies in the Eastern Conference Final of this year’s postseason at Lynn Family Stadium., the 29-year-old is set add another a small piece of history. Totsch should become the first player to reach 20 appearances in the Championship Playoffs, taking the league’s all-time postseason lead from former teammate Paco Craig, who made 19 playoff appearances for LouCity over its first five seasons.

The landmark comes on the back of arguably Totsch’s best individual campaign, one where he leads Louisville in interceptions (30), tackles won (26), duels won (102) and aerial duels won (41). Sitting third on the team in minutes behind fellow three-time USL Championship Final-winner Speedy Williams and goalkeeper Ben Lundt, the instincts that have helped Louisville record the most shutouts in the league this season have also been helped by the knowledge he’s gained through experience and study.

“If I can do a good job of taking out those spaces, now they have to make a spectacular play to score. If I can take away a player’s preferred foot and give them no time in the critical areas of the field, we’re going to have a lot more clean sheets.”

Totsch won’t be the only high-profile defender on the field on Saturday night, with the Rowdies’ Forrest Lasso – a former Championship Defender of the year – set to lead a back line that will try to contain a  LouCity attack led by Cameron Lancaster while Totsch and his colleagues square off with Tampa Bay’s captain Sebastian Guenzatti, Juan Tejada and others.

LouCity managed that task well enough a season ago, taking a 2-1 victory as Guenzatti’s late goal proved only a consolation in the Eastern Conference Quarterfinals.

As the sides meet for the first time in 2020, Totsch is looking for another lockdown display, and another notch in the win column.

“We understand some of the things that they’re doing,” Totsch told Saxon. “But the most important thing is the way we approach the game. Ultimately we want to be the ones controlling the game and making them adjust to us.”

David Estrada (and every other player) wants to give you his jersey - check back in tomorrow at 10 am to learn more. #somosfamilia #soccerjersey #positiveoutcomesnm pic.twitter.com/sjUYswQmzf

- Phoenix Rising FC announced on Wednesday it had reinstated Head Coach Rick Schantz following his placement on administrative leave. In an interview with OutSports’ Cyd Ziegler, Schantz spoke about his time away from the sideline in recent weeks. “It’s been an awakening,” Schantz told Ziegler. “It’s really opened my eyes. I feel like I can be a better human being if I learn more things about the LGBTQ community. It’s become more important to me every day.”

- New Mexico United saw its remarkable 2020 run come to an end last weekend, but as the club entered its offseason exit interviews there still remained a sense of accomplishment as to what it had achieved. “Somber as this all feels right now, this will fuel us to go forward in 2021,” Head Coach Troy Lesesne told the Albuquerque Journal’s Ken Sickenger. “I’m not fully ready to turn the page yet, but I think the future is bright.”

- Sporting Kansas City II forward Wilson Harris was unveiled as the newest Homegrown signing for Sporting KC on Wednesday after recording 23 goals in the Championship over the past two-plus seasons. The Blue Testament took an in-depth look at the 20-year-old and what he’ll bring in his move to the top flight for the remainder of this season and beyond.